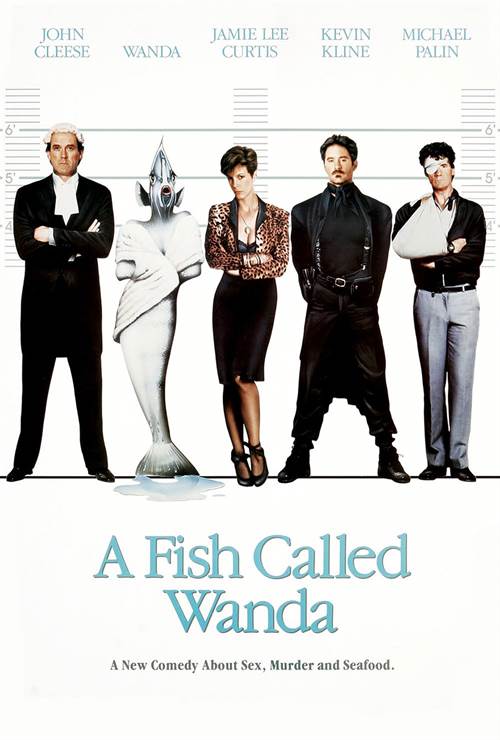 In 1988, John Cleese, former Python and the mastermind behind Fawlty Towers, teamed up with the veteran Ealing Comedy director Charles Crichton (The Lavender Hill Mob) to produce another classic of British comedy.

Cleese plays Archie Leach, a weak-willed barrister who finds himself embroiled with a quartet of ill-matched jewel thieves - two American con artists played by Jamie Lee Curtis and Kevin Kline, Michael Palin's animal-loving hitman and London gangster Tom Georgeson - when Georgeson is arrested. Only he and Palin know the whereabouts of the diamonds, prompting plenty of farce and in-fighting as well as some embarrassing nudity and the unfortunate demise of some innocent pooches...

Nominated for three Academy Awards and winning one for Kline's outstanding supporting turn as the psychopathic Otto, A Fish Called Wanda has stood the test of time, earning its rightful place among its creators' remarkable comedy pedigree.

Allison Rose
A Fish Called Wanda is a new classic that people remember and love and was a good choice for the new Blu-ray “makeover” and re-release.  If you loved the movie back in 1988 this version will surely please you.
Full Review | Grade: B