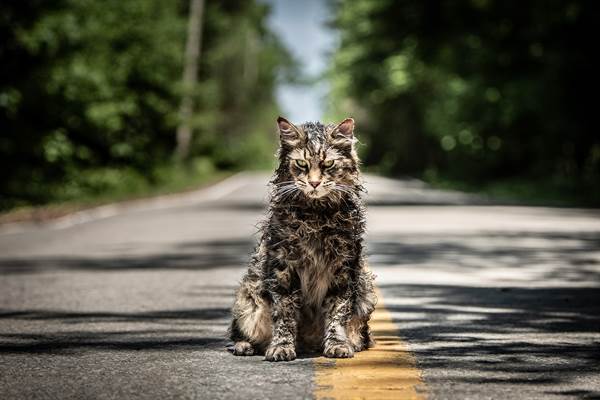 Based on the seminal horror novel by Stephen King, Pet Sematary follows Dr. Louis Creed (Jason Clarke), who, after relocating with his wife Rachel (Amy Seimetz) and their two young children from Boston to rural Maine, discovers a mysterious burial ground hidden deep in the woods near the family’s new home. When tragedy strikes, Louis turns to his unusual neighbor, Jud Crandall (John Lithgow), setting off a perilous chain reaction that unleashes an unfathomable evil with horrific consequences.

Download Pet Sematary in Digital HD/4K from the iTunes store.

Listen to the Pet Sematary soundtrack on Apple Music.


Paramount Offers A Brand New Five Blu-ray Stephen King Collectio...  9/16/2020 1:29 PM EST
Stephen Edwin King was born in September 1947 and from an early age, it was obvious his destiny was to become a writer.  In his 73 years, he has written over 61 novels, 5 non-fiction books, and over 200 short stories.  Since the majority of his writing has a basis in horror/supernatural entities he has been dubbed the "Master of Horror".  With the majority of his works adapted for feature films (a...  More>> 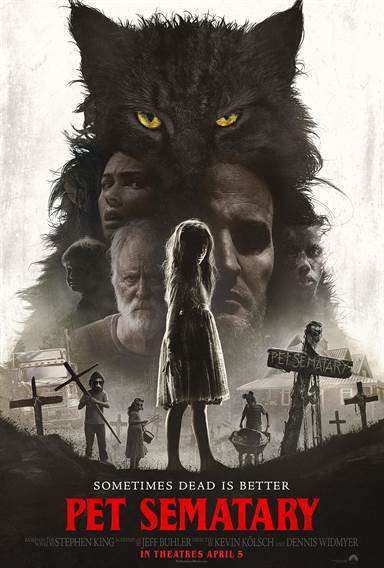 In 1983, Stephen King (The Shining) came out with one of his most memorable and terrifying books that are still talked about to this day, Pet Sematary. In 1989 a film was released by Paramount Pictures with the screenplay written by King himself. While most critics panned it at the time, it became a box office success and even got a sequel, now 20 years later Paramount Pictures has gone back to the source material and reimagined the film for today's contemporary audiences.

The story, if you are unfamiliar with the tale, is one about loss and dealing with grief. It all starts out with the Creed family - Louis (Jason Clarke; Terminator Genisys), Rachel (Amy Seimetz, Sun Don't Shine), and their children, Gage and Ellie (Jeté Laurence; The Snowman) - moving from Chicago, Illinois to Ludlow, Maine for a more peaceful life.  However, like most places, Ludlow isn't what it seems.  Behind the Creed's new family home is a place where there is a deadfall, and behind the deadfall is a place that is forbidden to use, a place where the dead do not stay dead.

The cast that was used for this film fit their respective roles perfectly. However, two of them were so spot on I now have a hard time imaging anyone else play those roles. The first honor goes John Lithgow (Jud Crandall; Cliffhanger) and,  while I loved Fred Gwynne's (My Cousin Vinny) performance in the first film incarnation, I think Lithgow was more faithful to the book and in my mind the perfect Jud.  The second goes to Jeté Laurence (Ellie), she had some of the most complex character development in the film and did better than most adults. Aside from the cast, the directors', Kevin Kölsch (Starry Eyes) and Dennis Widmyer (Starry Eyes), the reimagining of the Pet Semetary and beyond the Deadfall hit all the right notes and are very appealing to the eye. What is even more impressive is that the Deadfall and the Pet Sematary are practical effects. With the novel and the first film being a favorite of horror fans that had a very difficult task to pull off and they did so better than one could hope.

Pet Sematary (2019) is presented in 2160p with Dolby Vision and the results look amazing. The color palette is soft and very natural and all the different shades of gray seen in theaters actually looks better on this home release.  Paramount took its time with this video release and it definitely shows. The Dolby Atmos audio covers the full dynamic range with clear dialog and great use of the additional height speakers providing more spacial sounds around you.

Paramount went all out on the special features for this release of Pet Sematary (2019). We are treated to a very detailed and long documentary about the making of the film, an alternate ending (9 minutes in length), A new video short narrated by Jud Crandall entitled "The Tale of Timmy Baterman", and a feature entitled "Night Terrors" has the three main characters facing their worst fears.

After experiencing both films theatrically and in the home release I would definitely have to give the upper hand to the 2019 retelling of Pet Sematary. Ironically the film goes back to the original novel more than King's own screenplay. The twist at the end actually works better in this medium, and the quality of the 2019 4K release is some of the best video quality I have seen this year. If you are a horror fan or a fan of Stephen King this is a must add to your collection.