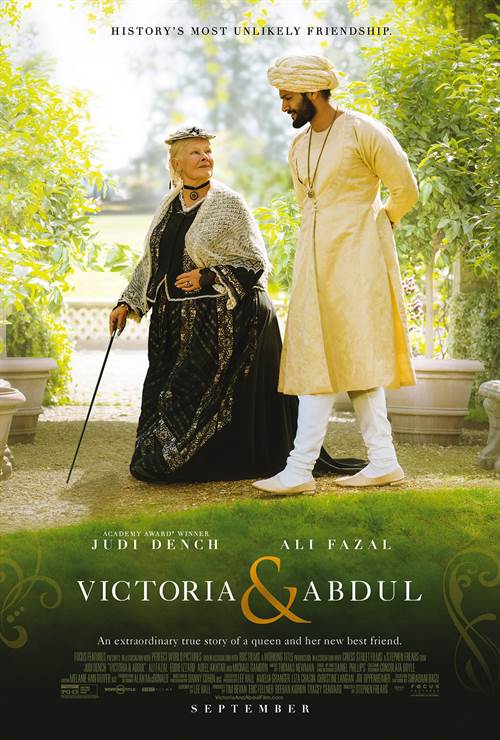 The extraordinary true story of an unexpected friendship in the later years of Queen Victoria's (Academy Award® winner Judi Dench) remarkable rule. When Abdul Karim (Ali Fazal), a young clerk, travels from India to participate in the Queen's Golden Jubilee, he is surprised to find favor with the Queen herself. As the Queen questions the constrictions of her long-held position, the two forge an unlikely and devoted alliance with a loyalty to one another that her household and inner circle all attempt to destroy. As the friendship deepens, the Queen begins to see a changing world through new eyes and joyfully reclaims her humanity.

Stream Victoria & Abdul in Digital HD/4K from the AppleTV store.


Adeel Akhtar and Fenella Woolgar Talk About Working On Victoria ...  12/18/2017 4:12 PM EST
Not many people know the story of Queen Victoria (Judi Dench; Skyfall) and her "Munshi", Abdul Karim (Ali Fazal; Furious Seven); not even the cast of the movie, Victoria & Abdul."I knew very little.  I learned some during filming and learned even more in discussions afterward." Stated Adeel Akhtar (The Big Sick) who plays Mohammed in the film.  Fenella Woolgar (Miss Phipps; Home Fires) admits. " I...  More>> 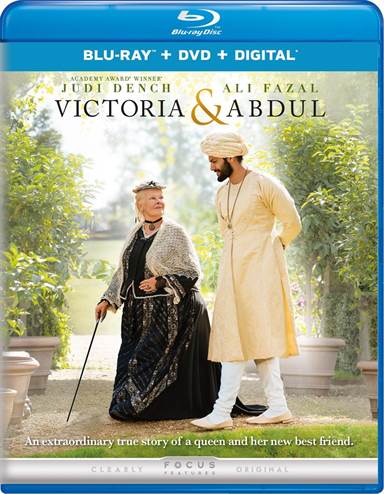 Queen Victoria (Judi Dench; Skyfall) was known for being cantankerous and mean especially as she aged so it's interesting that later in her life she found an unlikely friendship in a poor young man from India.  Their relationship became a thorn in the side of the British Empire and her household staff but she obviously didn't care and as the Queen, it didn't really matter.  The real-life story of the Queen and her servant Abdul Karim (Ali Fazal; Furious Seven) has been adapted for film in Victoria and Abdul and it is set to be released on Blu-ray and DVD this week.

Queen Victoria lived into her 80's and ruled her country for almost 64 years.  During that time she added India under her Kingdom and amassed a number of enemies.   She lived a lonely existence after her husband Albert and rumored lover John Brown both passed away.  Then during her Golden Jubilee she was given a token, a gold coin, by an Indian servant named Abdul and became intrigued by him.  He was then summoned to her and thus began their unlikely friendship.  Abdul stayed with the Queen until her passing 15 years later and was promoted from servant to Munshi, "Teacher" during that time.

Abdul was a fairly poor man who worked as a vernacular clerk in the Agra prison.  He was chosen as one of two men to travel to England to present a gift to the Queen, if the movie is to be believed, partially because of his height.  Regardless the Queen took a liking to him and kept Abdul as a servant in her employ.  Over several years he became an influential part of her life and served as a teacher and advisor regarding her interests in India.  She, in turn, gifted him land and made him wealth much to the consternation of those close to her.  Upon her death, Abdul was quickly removed from the Palace and sent back to India.

I wonder if there is anything Dench can't do.  Any project she is tied to is going to have a certain level of quality befitting her acting abilities and Victoria and Abdul is no exception.  She is fantastic and this role is no exception.  Fazal luckily compliments her well so there isn't much of a discrepancy between her portrayal and his.  The supporting cast is made up of some excellent talent as well including Eddie Izzard (Ocean's Thirteen) as the Queen's son, Albert, Tim Pigott-Smith (V for Vendetta) as the Queen's advisor and Adeel Akhtar (The Big Sick) as Mohammed the other Indian servant sent to England along with Abdul.

The Blu-ray has 1080p high definition video quality with a 2.39:1 aspect ratio.  The picture is sharp which is particularly evident in the details of the terrific costumes especial those of Abdul and Mohammed.  They are extremely intricate which comes across beautifully.  The DTS-HD Master audio 5.1 is clear and clean with no artifacting from what I could tell.  The combo pack only offers two extras, Judi and Ali and The look of Victoria and Abdul amounting to about 11 minutes combined.  The former looks at the actors and their approach to the characters and their relationship while the latter discusses the locations, direction, etc of the film.

While an interesting piece of historical drama I suspect the film takes a particularly favorable slant towards Abdul.  He is mainly portrayed as a nice guy who is only looking to help but the truth is probably less altruistic.  The film, however, is interesting enough with a great cast, especially Dench and some wonderful locations and costumes.