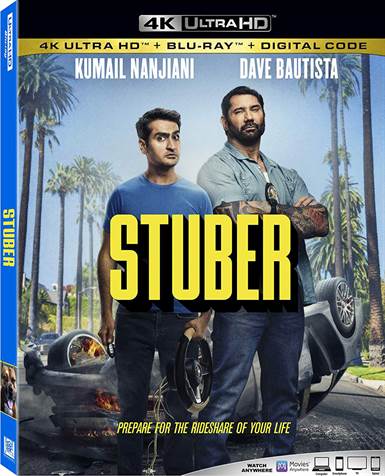 More and more lately movies have been colliding with pop culture.  In 2016 we watched as Emma Roberts played a deadly online game from her smartphone in Nerve and last year we saw John Cho look for his missing daughter through her social media accounts in Searching.  This summer in an attempt to update the buddy comedy genre, Twentieth Century Fox, in one of the last releases under their old regime, brought us Stuber about an Uber driver named Stu (Kumail Nanjiani; The Big Sick) who gets more than he bargained for when he picked up a fare.

Stu (Nanjiani) is a lonely guy who drives an Uber part-time to make extra money as he pines away for his friend, Becca (Betty Gilpin; Isn't It Romantic).  Unfortunately, his love is unrequited.  Meanwhile, Vic Manning (Dave Bautista; Guardians of the Galaxy) is a cop who can't let go of the drug dealer who got away a few years ago after killing his partner, Sara Morris (Karen Gillian; Jumani: Welcome to the Jungle). The day he finds out the case is being turned over to the FBI is also the day he gets a tip from his informant as to where the drug dealer will be.  Unfortunately, he just had laser eye surgery and can't see very well.

Enter Stuber…Stu the Uber driver who becomes Vic's personal chauffer as he races against time to track down and arrest his nemesis.  Stu, however, is a timid man and scaredy-cat who wants nothing to do with helping Vic in his mission.  Unfortunately, when Vic threatens to give Stu a zero star rating on the Uber app and confiscates his car keys, Stu has no choice but to "go along for the ride.  Of course, both men learn valuable lessons along the way which ultimately leads Stu to become braver and Vic to become more loving.

Nanjiani was terrific in The Big Sick and, while he does a decent job in Stuber, he doesn't match his previous excellent performance.  Bautista plays his part well though I highly doubt he was the first choice for the part (**cough Dwayne "The Rock" Johnson cough**).  Together they have decent chemistry but they are not on the same level as Crystal and Hines, Smith and Martin, or Gibson and Glover, etc.  The script also doesn't have the continuously hilarious dialogue found in other buddy comedies.

The 2160p HDR 10+ video quality is almost the best it could be.  Colors are vibrant and details are sharp.  The video quality is only surpassed by the Dolby Atmos audio.  The dialogue sits nicely in the center channel while the effects (i.e. gunshots) fill the surround speakers giving the viewer a full and dynamic experience.  The 4k Disc extra is the audio commentary while the Blu-ray disc has Deleted Scenes, Gag Reel, Joke-O-Rama, Georgia Film Works, Audio Commentary by Michael Dowse and Kumail Nanjiani, Gallery, and Theatrical Trailer.  To be honest I was hoping the gag reel and Joke-O-Rama would be funnier than they actually were, which left me a little disappointed.

As buddy comedies go, Stuber has a few very funny moments but mostly falls kind of flat.  The story is neither new nor original and, as I mentioned before, I have seen better work from Nanjiani.  While the trailer had me cautiously optimistic, the end result is rather mediocre.  Director Michael Dowse (Goon) doesn't add anything out of the ordinary and the scrip is merely ok.

If you're looking comedic gold you won't find it in Stuber.  However, you could create a great drinking game to the film such as drinking every time Vic calls Stu by the wrong name or when Stu/ other characters call him Stuber.  This film is the poor man's equivalent to Deadpool and Dopinder with not nearly as hilarious results.

Download Stuber in Digital HD/4K from the iTunes store.

For more information about Stuber visit the FlickDirect Movie Database. This release has been provided to FlickDirect for review purposes. For more reviews by Allison Rose please click here. 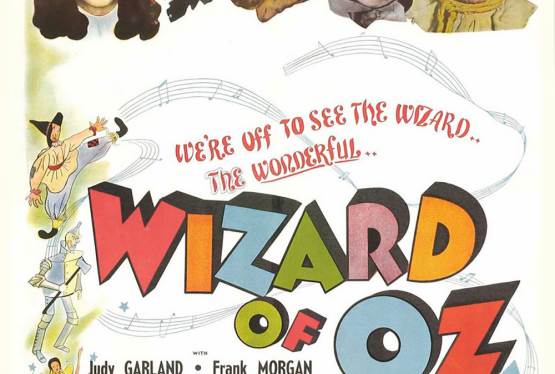