This version of The Lion King is one of those films that light up the cinematic universe. It’s visual, it’s musical, and tells a fable that in itself is just a gem; don’t miss it. 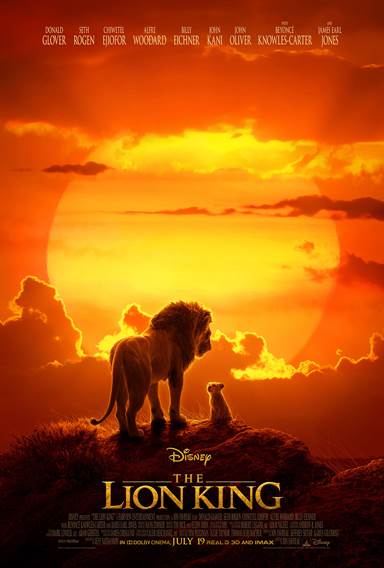 Here's another film reimagining from the Disney vault of golden animation, and this one ‘Rocks'. Using what they call a ‘Live-Action' technique to bring the 1994 animated musical drama "The Lion King" to a more vivid and real experience, they may have just opened up the tale to a new generation of viewers, while never changing a single memorable moment of the original that would alienate the millions of fans who grew up on the original.

The technique they used here, photorealistic computer-generated animation, makes the animals appear to be living on screen as though you were watching an episode of ‘Planet Earth'. It was last used in the highly successful remake of "The Jungle Book", which was also directed by Jon Favreau and shot entirely in a warehouse in Hollywood, California.

Despite what Disney is saying about this version of the film opening up the story and creating a more dimensional experience in both the visual and storytelling interpretation, it's still the same tale, with the same music, a few different voices, and the only real big change is it's a half an hour longer and lacks the humor that made the original more of a classic.

On the lush and highly populated African savanna known as the pride lands, a young lion cub named Simba (Glover), son of King Mufasa (Jones) and heir to the pride is mischievously discovering what it means to be a lion and a leader. Along with his friend Nala (Beyonce), a female cub, the two find adventure pushing the envelope of what they are allowed to do.

However, all do not play on the plains, for the former heir to the throne, Scar (Ejiofor), is hatching a sinister plot to eliminate both Simba and his father. By misleading the young cub into dangerous situations, he creates the circumstances that kills Mafasa and sends Simba into exile, allowing him to take over leadership of the pride.

Ousted from everything and everyone he knows, Simba wanders the arid lands until he is found and befriended by a meerkat named Timon (Eichner) and a warthog named Pumbaa (Rogen). They take him to their lush waterfall filled home and the three grow up together leading a carefree life until Nala shows up asking for help saving the pride.

The film is truly a visual masterpiece, filled with nostalgic images, song and fable. Favreau has fashioned another great film here, even if it has some questionable divergence from the original. I believe, however, that his point of having to change some things from the original to suit the new expanded medium is pure hokum. I also wonder if Nathanson deserves the credit for writing since the bulk of the film is so closely attached to the original script.

Again, as in the original, Timon and Pumbaa steal the show; Eichner and Rogen deserve kudos for giving such great voice to those two characters. I also thought Glover's voice worked great for Simba, and his singing with Beyonce was wonderful.

As mentioned, the visuals are stunning and the 2160p high definition video quality certainly supports the enhanced pictures.  The colors jump out at you and the details on the animals and the African horizon are immense.  The Dolby Atmos audio is only slightly weaker but still offers the viewer a superior auditory experience.  The extras are all housed on the Blu-ray disc and include Director Jon Favreau Intro, Audio Commentary, Sing Along with the Movie, The Journey to The Lion King: The Music, the Magic, The Timeless Tale, More to Be Scene, Music Videos, Song Selection, and Protect the Pride

My take…  This version of "The Lion King" is one of those films that light up the cinematic universe. It's visual, it's musical, and tells a fable that in itself is just a gem; don't miss it.

For more information about The Lion King visit the FlickDirect Movie Database. 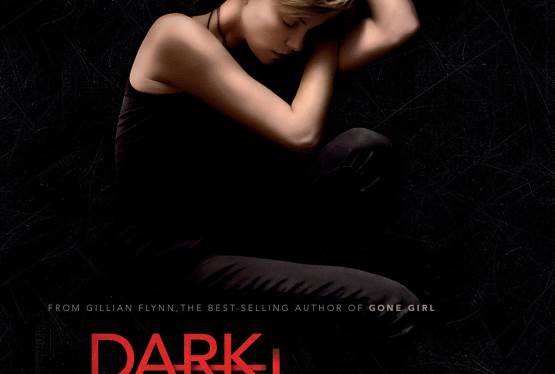