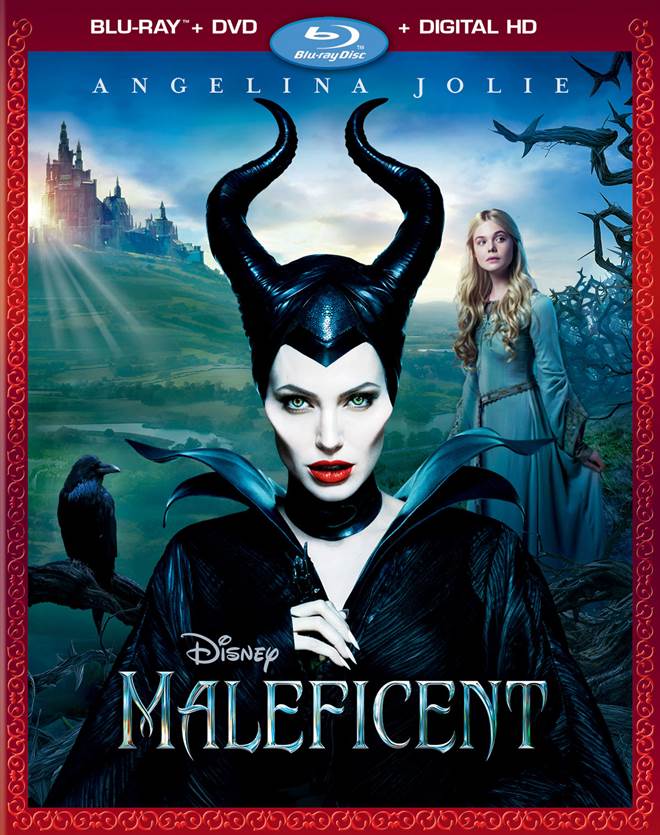 Purchase   DVD/Blu-ray/4K UHD
Everyone knows the story of Sleeping Beauty.  Or do they…?  As with the Broadway Musical Wicked bringing a new perspective to The Wizard of OZ, we see a different telling of sleeping beauty in Disney's Maleficent.  Coming to Blu-ray and DVD on November 4, 2014, this live action version of the classic cartoon is darker and more sinister than its predecessor.

When we first meet Maleficent played by Angelina Jolie (Salt, Mr. and Mrs. Smith) she is nothing more than a young fairy living in a magical land.  She is kind and happy with the exception of being orphaned.  She comes across a young human named Stefan (Sharlto Coply; Elysium, The A-Team) who lives in the neighboring kingdom and is also orphaned.  Over the years the two become great friends and a love blossoms between them.

As adults, Stephan all but abandons Maleficent as his ambition takes hold.  That ambition ultimately leads him to betray Maleficent which turns her into the evil witch that curses King Stephan's baby.  As the baby Aurora (Elle Fanning; Super 8, We bought a Zoo) grows, Maleficent watches her closely while King Stephan tries to protect her from the curse.   Over the years we see Maleficent's hatred for the girl soften while Stephan becomes more paranoid and crazy.

Jolie does an excellent job portraying the iconic witch.  She captures the hard edges of Maleficent, both physically and emotionally, while adding elements of a softer underbelly called for in this version of story.   Fanning brings a childlike innocence to Aurora that is sweet and endearing.  However, Aurora is supposed to be incredibly beautiful and, while Fanning is very pretty, I don't think she lives up to the character description physically.   Coply reminds me a little of he is A-team character as he becomes more manic and crazy as the film progresses.  Surprisingly, beside Jolie, the most commanding performance for me was Sam Riley (13, On The Road) as Diaval, Maleficent's "servant" and confidant.

The 1080p High definition video allows the viewer to watch every detail in sharp focus and the DTS-HD 7.1 audio makes every sound crystal clear especially when maleficent and the Dark forces of the moor detroy the king's army.  The graphics left a little to be desired as you could tell some of the magical creatures in the more were CGI created and poorly done.  For me, that was the worst part of the film.

The Extra features include a look at Maleficent's wardrobe which would be a must see for any fashion fans and a segment about Elle Fanning as Aurora.  The deleted scenes were actually interesting and I recommend seeing them.  The most interesting segment was a piece about the stunts and the huge rig they had to build outside to create the fight scene.

If one was looking for deeper meaning behind the film, they could probably easily find symbolism in a man "taking" a young girl's innocence and opening her eyes to a harsh cruel world.  However, I don't believe that was what Linda Woolverton (The Lion King, Alice In Wonderland) meant to portray as she wrote the screen play for the film.  I think she just wanted to show that things in life aren't always what they appear to be and sometimes there is a story behind  people's behavior that shape who they become as adults.

Sean Ferguson
While some parts may be scary for the little ones, it won’t prick your finger and make you fall into a sleep like death! It’s Disney magic at its best.
Full Review | Grade: A 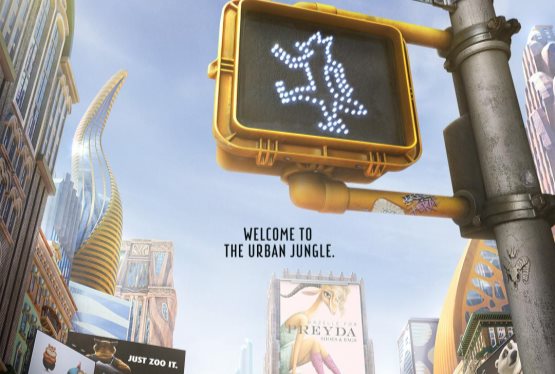