While The Duff will never be as iconic as Clueless, Mean Girls, or The Breakfast Club, it is a solid effort into the continuing genre of high school angst films. 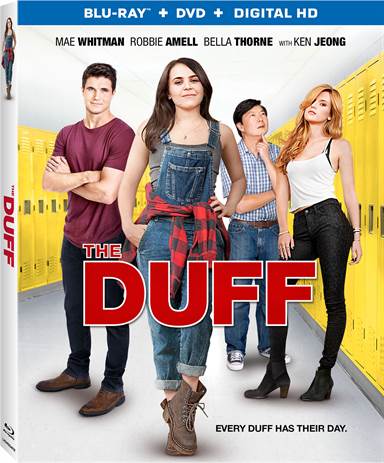 Every high school movie has the usual cast of characters and The DUFF is no different.  There is Madison (Bella Thorne; Shake It Up, Blended) – the popular, beautiful, mean Homecoming queen, Wesley (Rob Amell; True Jackson VP) – the star quarterback that is friends with everyone but not especially bright, and Bianca (Mae Whitman; Parenthood) – the invisible, "ugly duckling" who, after much soul searching, learns to like herself and transforms into the beautiful Swan.  And, of course, she gets the guy in the end.

Bianca and her two best friends, Casey (Bianca A. Santos; The Fosters) and Jessica (Skyler Samuels; American Horror Story, Nine Lives of Chloe King), do everything together but between the three of them, Bianca is the one who gets ignored by everyone.   She doesn't even realize it until one night when childhood friend and neighbor, Wesley, explains that Bianca is the DUFF of the group.  Finding out DUFF stands for designated ugly, fat friend, Bianca sees herself in a whole new way; one she isn't happy about.  Going to drastic measures, Bianca makes a deal with Wesley to help him pass chemistry if he guides her in a "makeover".  Of course, none of this sits well with Wesley's ex-girlfriend, Madison, who decides to embarrass Bianca, posting a video that gets circulated throughout the high school.

Whitman was a good choice for Bianca; she plays the slightly awkward, HS senior, who is oblivious to her social standing in school, very well.  Her transformation into the confident, beautiful swan is played so subtly you can almost miss if you don't pay close attention.  Thorne and Amell compliment Whitman well, but Thorne is so over the top as the mean girl you have the urge to bitch slap her across the room sometimes.  If that is what Director Ari Sandel (Aim High) and novelist Kody Keplinger were going for, then Thorne nailed it.

Notable supporting roles by Ken Jeong (The Hangover) and Allison Janney (The West Wing, American Beauty) as Bianca's encouraging teacher and motivational speaker mother, respectively, add some levity to a few of what might be the more serious scenes in the film.  I like Janney in every role and this one is no exceptio. Jeong brings his familiar comedy style to his character, which works for a dorky high school teacher.  Santos and Samuels fit nicely into this group of actors and overall I think casting did a pretty good job.

The 1080p video and DTS-HD Master Audio 5.1 are really noticeable in this Blu-ray with crisp picture detail, sharp colors and a full spectrum of sounds which help the soundtrack.  Sadly, the extras aren't all that exciting though.  The blooper reel isn't funny and the exploration featurette about transforming the novel into the feature film was too short, in my opinion, and the red carpet premiere segment can be skipped altogether.

While The Duff will never be as iconic as Clueless, Mean Girls, or The Breakfast Club, it is a solid effort into the continuing genre of high school angst films.   It also incorporates today's technology and social media, which current teenagers can certainly relate too.  It was enjoyable and fun to watch and I can imagine how popular it is with today's youth.  You could do worse.  B-

Purchase a DVD/Blu-ray/4K UHD physical copy of The Duff today at Amazon.com

Download The Duff in Digital HD/4K from the iTunes store.

For more information about The Duff visit the FlickDirect Movie Database. 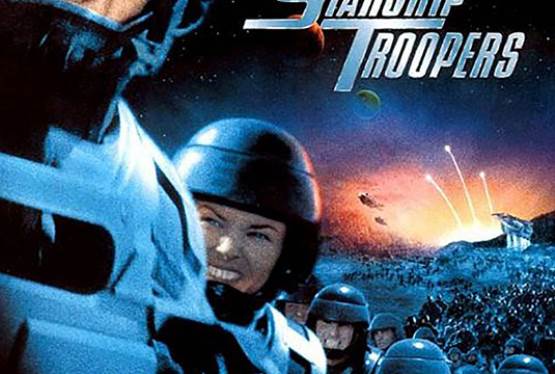