Unfortunately American Horror Story: Freak Show  deviated too much from the supernatural plot that had worked in past seasons, and had performances that were just too over-the-top for my taste. 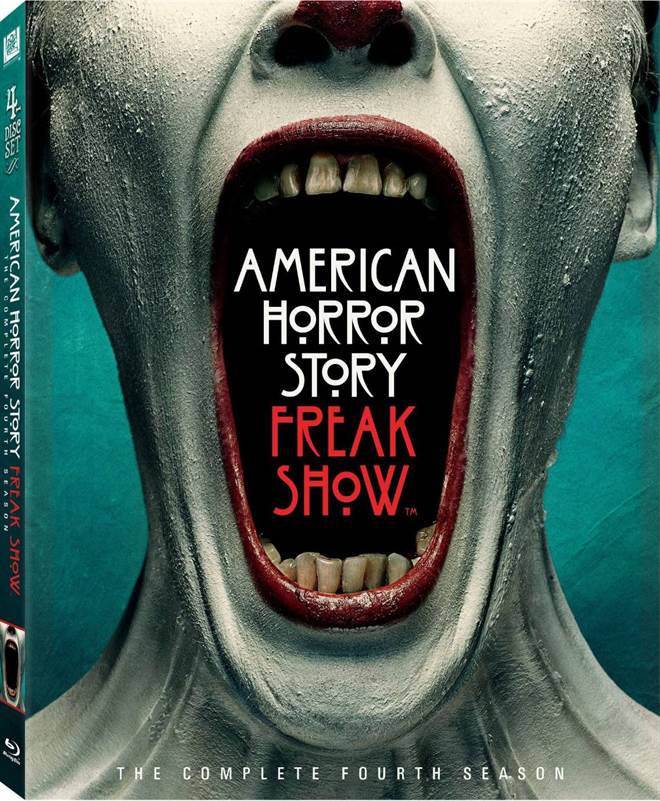 American Horror Story: Freak Show is set in Jupiter, Florida in 1952, and follows the lives of a troupe of circus freaks who are part of the Fräulein Elsa's Cabinet of Curiosities freak show, as well as the lives of the surrounding townspeople. During this season's 13 episode run, the viewers get an in-depth view of the troupe's on-stage and off-stage lives, including how they live after being shunned from society. Because this is American Horror Story, we also get killers clowns, psychotic, wealthy man-boys, and plenty of back-stabbing.

Just like in the past, the American Horror Story: Freak Show is filled with critically acclaimed actors, including Jessica Lange (Titus, Big Fish), Kathy Bates (Misery, Titanic), Evan Peters (X-men: Days of Future Past, Kick-Ass), Michael Chiklis (Fantastic Four, Gotham), Angela Bassett (What's Love Got to Do with It, Strange Days), and Sarah Paulson(12 Years a Slave, The Runner). In past seasons, the outlandish performances given by Lange have been quite enjoyable; however, her character, Elsa Mars, is so over-the-top at times, it was not hard to fast-forward through her scenes. Luckily, Kathy Bates' Ethel Darlin helped to overcome these urges. In fact, the most enjoyable character throughout the season was of the mostly silent Twisty the Clown, played by John Carroll Lynch (Shutter Island, Ted 2).

While being thoroughly shocked, enthralled, and excited about past seasons of the critically acclaimed American Horror Story, American Horror Story: Freak did not hold my interest. While some of the characters, such as the Tattler sisters and Twisty, were interesting visually, I could care less about one single one of them. It got to a point that it became a chore to watch the show. I have actually seen all of the episodes and every time a character was killed on screen, I secretly rejoiced because that meant that there was one less character I had to continue watching throughout the season.

American Horror Story: Freak Show is encoded in 1080p AVC with a 1.78:1 aspect ratio. While the overall picture is sharp and clear, some of the nighttime or in-door scenes can be a bit too dark and not allow the viewer to see what is going on. On the other hand, the lossless DTS-HD Master Audio 5.1 audio mix does a great job. All dialog is crisp and clear with a full dynamic range for surround sound. The background score was from composer James Levine (which I will admit that by episode three got on my nerves).

These days, most television series usually lack a well-rounded set of special features, yet American Horror Story: Freak Show tries to go against this trend. Special features on the Blu-ray set include Getting Freaky: A Peek Under the Tent (a summary of the season with interviews), Two Heads are Better Than One (a look at the character Bette Tattler / Dot Tattler),  Twisty: Behind the Mask of Terror (a look at the scariest clown ever made), Freaklore: The Specter of Edward Mordrake (a look into this seasons two-part Halloween episode), Extra-Ordinary Artists (Interviews about the challenges the cast faced during filming), Hollywood Freak Show Hollywood Premiere (interviews on the red carpet from the perimeter of this American Horror Story: Freak Show). The only disappointing part of the release was that there was not a Digital HD copy of the season to be able to take with you on the go.

For more information about American Horror Story visit the FlickDirect Movie Database. This release has been provided to FlickDirect for review purposes. For more reviews by Nathan M Rose please click here.