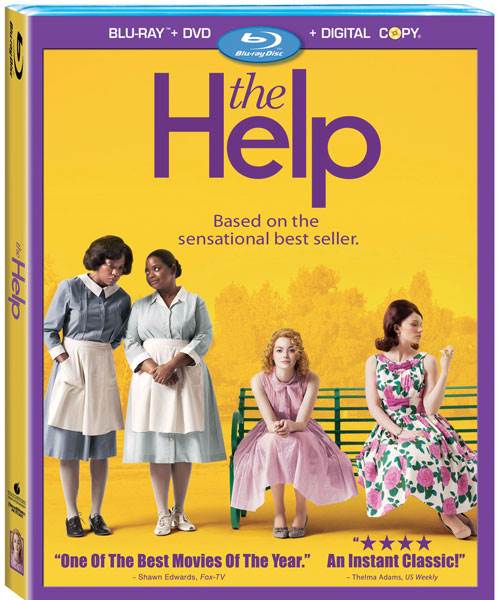 Purchase   DVD/Blu-ray/4K UHD
Now on Blu-ray/DVD The Help hits the street on Tuesday December 6th and it has all the ear-markings of becoming the hottest item of the holiday season.  My prediction for this film at the Oscars include nominations for Best Picture, Best Actress, 2 Best Supporting Actress, Costumes and Musical Score.  It should do equally as well at the Golden Globes.  It's a period piece that has it all, excellent acting, fine direction and a storyline that will be hard to beat.

The story from a book by Kathryn Stockett takes us to a period in history where prominent Southern ladies spent their days at teas and community events while their maids did the chores and cooked the meals.  But, it's also a time where wrong versus right and segregation is at a new level of debate especially in this particular Mississippi town in the early 1960's.

The story centers on Skeeter (Emma Stone) who has just returned home after completing her college education at Mississippi State University.  Being brought up by a black housekeeper, she's familiar with the power of the local southern belles over the help.  A New York publisher gets a call from Skeeter about wanting to write a piece for his publication and the editor calls her back telling her that she wants something controversial and if she can supply it the story will get printed. When she writes a story about ‘the help', things start getting mighty edgy in the Southern town.

I like the way writer/director Tate Taylor spools his story out slowly delivering a lot of character build-up in this segregation drama. Featuring fine acting from the whole cast their characters are caring, loving, controlling, hurtful and rebellious making the story forceful and convincing yet entertaining.

FINAL ANALYSIS: A very realistic story and reminder of a troubled past shows great on Blu-ray (B+) Bonus Features (C) Overall analysis (B-)

I watched The Help in the Blu-ray format and it showed extremely well on my HD TV in the format that fits my entire screen. Filmed in the South during the lush time of the year, the cinematography picked up the gorgeous plantation surroundings, historical colonial interiors, shoddy homes of the maids and the garb of the Southern belles.

For more information about The Help visit the FlickDirect Movie Database. This release has been provided to FlickDirect for review purposes. For more reviews by John Delia please click here.

The Help images are © DreamWorks Studios. All Rights Reserved.

John Delia
It's hard to believe that it was only a short period of time ago that people were still separating black from white.  In The Help we find what a little thing like writing a book could do to stir up segregation and bring it to the forefront.  In this story there's a huge helping of right ve...
Full Review | Grade: B 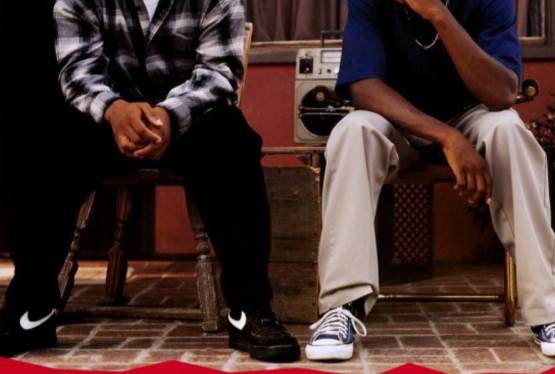