While the film had an interesting premise, a strong cast and a seasoned director, the plot was difficult to follow which confused me quite a bit. 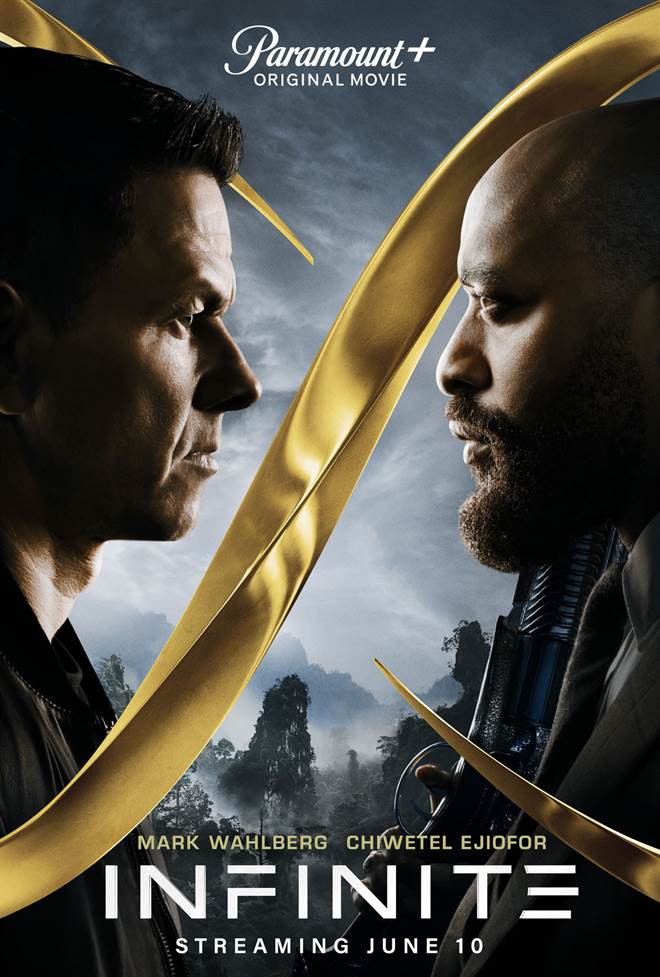 Reincarnation...rebirth...transmigration...whatever you choose to label it, the idea of dying and coming back to life has been debated for thousands of years.  For some, it is gibberish and nonsense.  For others, it is a philosophical/religious way of life.  For Heinrich Treadway (Dylan O'Brien; American Assassin) it is reality.  He is one of a group of people known as Infinites; those who are reborn but who can remember all of their past lives.  These individuals are amongst the unwanted and have recently become hunted by those who fear their power.  Based on D. Eric Maikranz's 2009 novel, The Reincarnationist Papers, director Antoine Fuqua (Training Day) guides an all-star cast through a complex and sometimes confusing storyline.

Evan McCauley (Mark Wahlberg; The Departed) dreams are so vivid he swears they could be real.  They torment him, as so many of them are more like nightmares rather than dreams. To help keep them at bay, he self-medicates as he aimlessly drifts through life.  That is, of course, until he is arrested, questioned about items he claims to know nothing about, and then rescued by someone else whom he has never met before.  As Nora (Sophie Cookson; Kingsman: The Secret Service) explains who and what he is, Evan is convinced she is insane.

However, somewhere deep inside himself, Evan senses Nora is telling him some version of the truth...but why?  Nora and the other infinites believe Evan is really Heinrich reincarnated and they want him to remember where he hid the object that could wipe out the entire world.  Bathurst (Chiwetel Ejiofor; 12 Years A Slave/Rupert Friend; A Simple Favor) wants the orb-shaped object so he can wipe out everyone and everything, thereby, hopefully destroying the Infinites. As Heinrich/Evan remembers more and more of his previous lives, we see who he was before, the skills he has learned and, ultimately, the location of the orb.

I'm not sure who in the makeup department thought it would be a good idea to dye Wahlberg's hair black but, as one could imagine since I am writing about it, it wasn't a good idea.  It looks terrible and is so distracting that I found myself commenting about it out loud more than once during the film.  And if there was some significance to his black hair, I have yet to figure out what that is.  The rest of the costumes/makeup was fine if uneventful.

To go along with this gaff, the special effects are decent but, with a bigger budget, they could have been much better.  Fuqua, for his part, manages to put together some serviceable action sequences for the movie but I wonder if he too was discouraged by the plot and budget and dialed this one in.  The cast is made up of some terrific actors who have all done action scenes before, which helps but can't compensate for some of the flaws.  Infinite also veers off from the original source material so those who read the novel will see some significant changes to the story.

While the film had an interesting premise, a strong cast, and a seasoned director, the plot was difficult to follow which confused me quite a bit.  As the saying goes, too much of a good thing... and Infinite definitely suffers that fate.  Whether screenwriters Ian Shorr (Splinter) and Todd Stein (2:22) were trying to cram too many details from the novel into the film or they wanted to change the plot just enough to make it their own, there is so much going on that the movie seems discombobulated.  I think all the elements were in place for a great movie but got lost in translation somewhere along the way, so it ended up being merely ok.