Home / Reviews / How To Train Your Dragon: The Hidden World

How To Train Your Dragon: The Hidden World Theatrical Review

How To Train Your Dragon: The Hidden World offers the audience adventure and romance while finishing the story off in a sentimental and touching way. 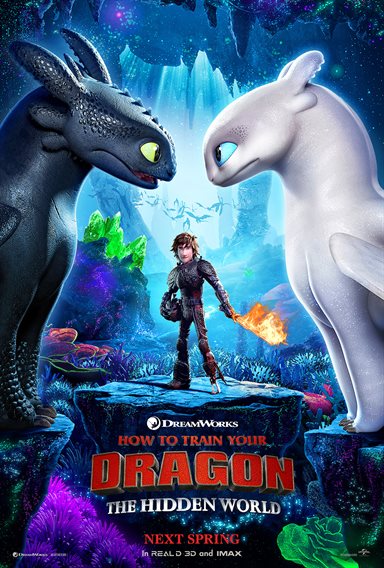 Purchase  DVD/Blu-ray/4K UHD
Almost nine years ago Dreamworks Animations introduced us to Hiccup (Jay Baruchel; Goon), the hapless son of the Chief of Berk, who wanted nothing more than to please his father but lacked the conviction to be a dragon hunter.  One day in the forest he met Toothless, an injured Night Fury dragon, considered to be the last of its kind.  They formed a bond that went beyond friendship and helped change the minds of the people of Berk.  Four years later, we got the second installment in the trilogy when Hiccup and Toothless have to fight Drago (Djimon Hounsou; Guardians of the Galaxy) to help the dragons gain their freedom.  This month we will see this trilogy come to an end when How To Train Your Dragon: The Hidden World comes to theaters nationwide.

As this third film opens all is peaceful in Berk (if a bit overcrowded) as Hiccup and Toothless, along with their human and dragon friends, have rescued other dragons being held captive and brought them to Berk.  While Hiccup rules the land and its people, he is still unsure of himself as a leader.  He also is on a never-ending quest to find the hidden world so his people and the dragons can live in peace away from the dragon hunters.

Of course, things can't stay quiet for long (it wouldn't make for a very interesting movie frankly) and the introduction of a Light Fury dragon brings turmoil to both Berk and Hiccup and Toothless.  It seems the Light Fury was part of a plan by Grimmel (F. Murray Abraham; Amadeus), a fierce dragon hunter, to hunt and kill the last Night Fury dragon (Toothless) and capture the other dragons to create a dragon army.  Abandoning Berk, the people settle on a new island while Hiccup and Astrid (America Ferrara; Ugly Better) search for Toothless who has gone off with the Light Fury.  Following their trail, they discover the hidden dragon world where it is evident Toothless is equivalent to a king.  After defeating Grimmel and freeing the dragons, Hiccup realizes he must let Toothless (and the other dragons) go to live freely, hidden from the rest of the world.

Baruchel once again lends his voice to the young, insecure chief.  The blend of sweetness with innocence that his voice evokes is perfect to portray the uncertainty of Hiccup. Ferrera is the strong female voice guiding and encouraging Hiccup, along with his mother (whom we met in the second film), Valka (Cate Blanchett; The Lord of the Rings Trilogy).  Hiccup's friend and confidants are a who's who of vocal talent ranging from Craig Ferguson (The Late Late Show with Craig Ferguson) to Jonah Hill (21 Jump Street), Kristen Wiig; Bridesmaids) and Gerard Butler (Law Abiding Citizen).

Writer/Director Dean DeBlois (Lilo and Stitch) does a wonderful job on this last film in the trilogy.  The script blends sentimental moments with humor and everything moves at a decent pace.  The only time I felt the film drag was on Toothless's second meeting with the Light Fury.  While the gazes they share are sweet, they tend to be a little long.  The animation is first rate with everything drawn down to the minutest details.  The color palette is magnificent with varying hues popping off the screen.  This is certainly one animated film that would have been excellent in 3D.

How To Train Your Dragon: The Hidden World offers the audience adventure and romance while finishing the story off in a sentimental and touching way.  It shows us all how to let go and say goodbye without being overly sad (be prepared to shed a tear or two though).  This third installment makes me wish there would be a fourth while at the same time leaving me fulfilled and complete.

Purchase a DVD/Blu-ray/4K UHD physical copy of How To Train Your Dragon: The Hidden World today at Amazon.com

Download How To Train Your Dragon: The Hidden World in Digital HD/4K from the iTunes store.

Listen to the How To Train Your Dragon: The Hidden World soundtrack on Apple Music.

For more information about How To Train Your Dragon: The Hidden World visit the FlickDirect Movie Database. 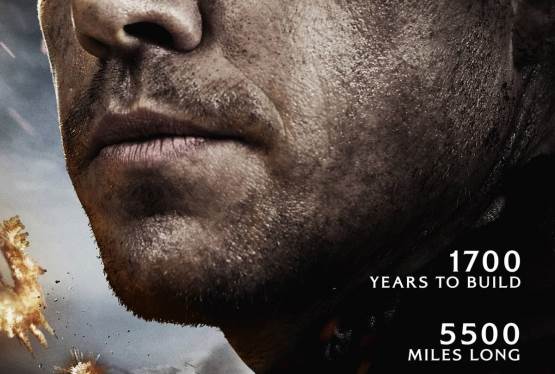