Charlize Theron gives one of the best performances of her life becoming Megan Kelly in every way possible. 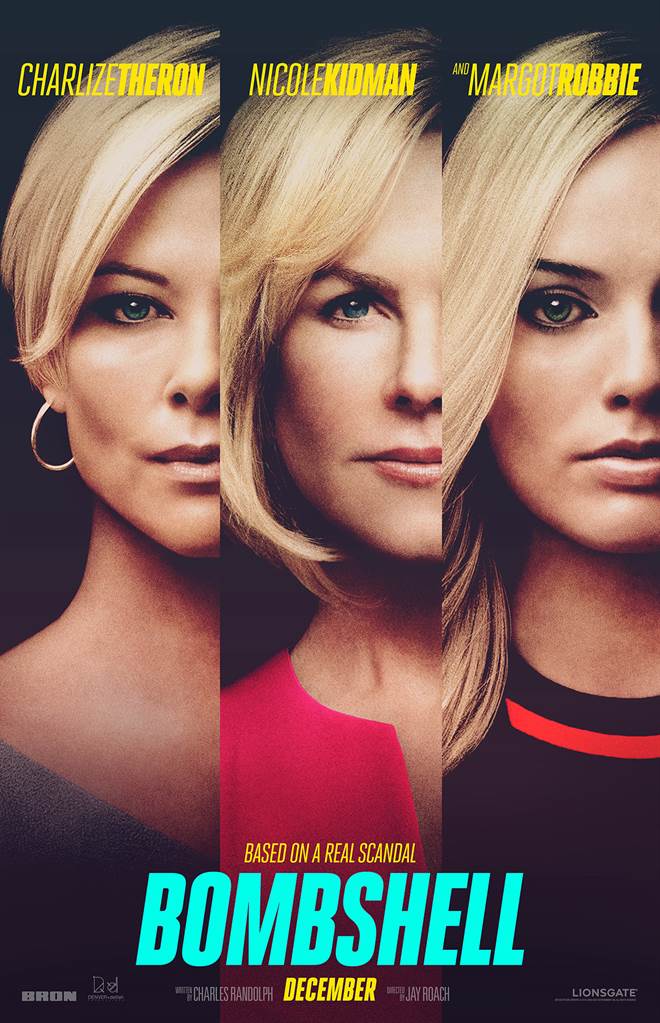 As soon as women entered the workforce in large quantities during WWII, there were issues.  In the 1980s and '90s, sexual harassment of females in the workplace was common and rarely discussed, especially in the world of entertainment.   Victims were afraid to come forward fearing retribution or termination.  Twenty-five plus years later we now have the #metoo movement where individuals who have been harassed are coming forward to tell their stories in an effort to stop the behavior by those in positions of power.

This movement was helped along in 2016 when former FOX News anchor, Gretchen Carlson (Nicole Kidman; Moulin Rouge!) filed a sexual harassment lawsuit against FOX execution, Roger Ailes; Third Rock From the Sun).  Initially, she was deemed to be bitter about her firing but during an internal investigation other women, including host Megan Kelly (Charlize Theron; Atomic Blonde), described similar incidents with Ailes.  He was eventually forced to resign and reparation made to his victims.  This month the situation is being chronicled (and dramatized to a certain extent) in the Annapurna/Lionsgate film, Bombshell.

Kayla Prospilis (Margo Robbie; I, Tonya) was a news producer on the Gretchen Carlson show when she caught the eye of Bill Shine (Mark Moses; Mad Men) and was offered an opportunity to work for Bill O'Reilly (Kevin Dorff; Brooklyn Nine-Nine).  Once there she was fast-tracked to meet with Fox Chairman and CEO Roger Ailes.  Originally thrilled and excited her enthusiasm soon waned when she became the latest target of Ailes' unwanted attention.  Conflicted and unsure of what to do she gave in to his demands in hopes it would eventually get her an on-air slot, which was her goal.  Afraid to ruin her chances she didn't tell anyone about the encounters until Carlson was fired and filed her lawsuit.

At first, no one wanted to believe Carlson's claims saying she was making it up because she got fired.  However, when six female employees from Ailes' previous job came forward to make similar claims, things spiraled from there.  Suddenly other employees at Fox were telling their stories but none were game-changing until the day Megan Kelly gave a statement claiming she too was sexually harassed by Ailes.  Even still, many were going on the premise that it was his word against theirs…until Carlson's lawyer informed Ailes and his attorney that the quotes from Carlson's lawsuit were verbatim from conversations Carlson had taped.

The story is interesting and director Jay Roach (Trumbo) does an excellent job of building the tension to the point that it is so thick one could cut it with a knife.  Writer Charles Randolph (The Big Short) doesn't resort to condescension while telling these stories but I have no doubts he took poetic liberties for entertainment's sake.

The cast is incredible and brings this film to life.  Lithgow and Robbie are terrific and Kidman does a good job though you never really forget she is Kidman.  Theron, on the other hand, gives one of the best performances of her life becoming Megan Kelly in every way possible.  She not only looks like Kelly but her speech patterns and mannerisms mimic Kelly's to a T.  She deserves to win an Oscar for this performance.  The only thing that is distracting is that she is so convincible as Kelly that throughout the film you keep looking for glimpses of Theron.

The FOX News scandal rocked the entertainment world and brought forth a whole new movement to this country.  It put predators on notice that this behavior would no longer be tolerated and victims won't remain silent.  Bombshell's retelling of the drama that played out in the public eye is wonderful with a cast that is top-notch and worthy of every accolade they may garner.

Download Bombshell in Digital HD/4K from the iTunes store.

Listen to the Bombshell soundtrack on Apple Music. 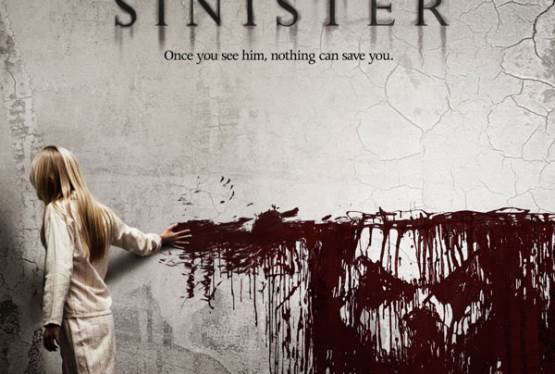