Taking a beloved classic and switching it up is always a risky move and...overall Amazon didn’t get this one quite right. 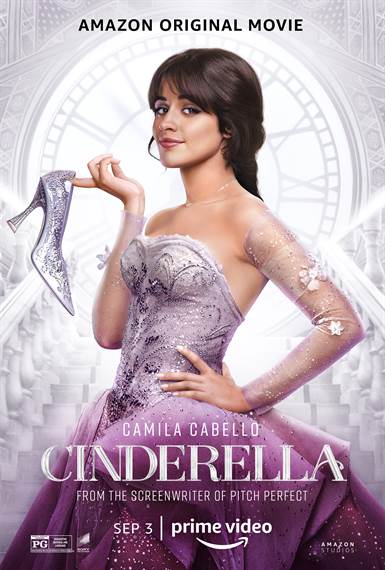 It doesn't matter how old or how young you are.  It doesn't matter the color of your skin, your gender, or your religion. Everyone, and I mean, EVERYONE, knows the story of Cinderella.  The 1950 Disney classic animated movie had a sweet, beautiful young woman, a handsome prince, and an evil stepmother and stepsisters.  There was a fairy godmother to grant Cinderella's wish and a glass slipper belonging to the woman the prince fell in love with at the ball.  It was a stereotypical story for its time, and it has been retold in over twenty different animated and live-action films.  The latest version from Amazon Studios hits their streaming channel this week.

All the Cinderella films start with pretty much the same premise.  Cinderella is basically the maid for her stepmother and stepsisters and is treated poorly by them.  She wants to go to the Ball at the palace, but her stepmother forbids it, ruining the dress Cinderella made for the occasion.   Suddenly, a fairy godmother appears and uses her magic to give Cinderella a beautiful ballgown to wear and a handsome coach to ride in.  At the ball, Cinderella enchants the prince but runs away at the stroke of midnight because the magic will wear off.  Unfortunately, she leaves behind one of her glass slippers which is how the prince finds her and they live happily ever after.

This new account put a more modern twist on this classic tale.  Written and directed by Kay Cannon (Pitch Perfect), she updates the story and creates a musical with popular genres of songs (just like The Wiz putting a twist on The Wizard of Oz). Cinderella is played by popstar Camilla Cabello making her feature film acting debut, and the prince is portrayed by Nicholas Galitzine (Handsome Devil).  Joining them is an incredible cast of veteran actors and singers including Idina Menzel (Rent), Pierce Brosnan (Mamma Mia!), Minnie Driver (Grosse Pointe Blank), and a showstopping cameo by Billy Porter (Like a Boss).

The music is mainly made up of the 1990s and 2000s pop hits reworked and updated along with some rap music delivered courtesy of the town crier (Ben Smith; Nowhere Boy).  Some songs are better than others and there are a few originals peppered in between the redone pop hits. The story is also a little different because it has been updated for newer generations and embraces the idea of female empowerment.  For example, even though Cinderella loves Prince Robert, she chooses to put herself and her "career" as a dressmaker first.

Cabello is surprisingly good for her first acting "gig".  She is relatable so young girls can easily see themselves in her shoes, especially Hispanics.  Galitzine has a good singing voice, so his vocals blend well with Cabello's.  Driver has a small but impactful role, and she makes the most of it.  Menzel uses that powerful voice of hers to belt out a Madonna classic, Material Girl. The biggest treat of the night though is Porter as Cinderella's "Fabulous" godmother.  He has attitude and sass and the vocals to back up his attitude.

This version of a classic tale isn't going to be everybody's cup of tea, but it has some decent moments.  It also has fantastic costumes, especially Porter's outfit and Cabella's ballgown.

Unfortunately, it isn't very memorable, and I suspect the hype surrounding it will fade away before we hit Halloween.

Cabello has a decent showing as a first-time lead so it will be interesting to see where she heads next with this newfound momentum.

Taking a beloved classic and switching it up is always a risky move and, while I'm sure there will be fans of this version, I think, overall Amazon didn't get this one quite right.

Listen to the Cinderella soundtrack on Apple Music.