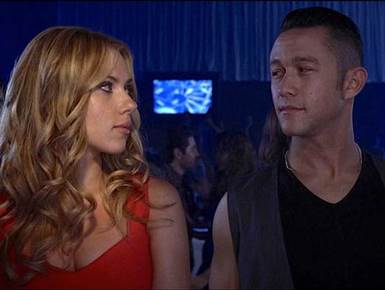 Even though it's his directorial debut, Joseph Gordon Levitt was able to put together a stellar cast, starting with Tony Danza(Taxi, Who's the Boss?) as his father.  Tony, even though the majority of the script was written by Joseph, took the printed words and put a performance in that expanded his role without having to hit you over the head with a sledgehammer – those subtle nuances that show what kind of a father he was to Jon while he was growing up – and makes it clear where Jon learned some of his behaviors.  Like Jon, he also has an addiction; he doesn't think it's a problem though. Scarlet Johansson (Avengers, Ghost World) plays Barbara Sugarman, the first "10" that Jon doesn't get on his first try.  She is able to get back to her roots, and is able to portray a New Jersey accent flawlessly while delivering a performance that showcases her talents as an actor.  Now, Barbara is not like most of the other girls you'll see briefly in this movie – who want to have fun with a guy who is a "10" (Ladies, there is plenty of eye candy for you of the leading star).  Barbara is also addicted – but she doesn't think her addiction is unhealthy.  Brie Larson (Scott Pilgrim v the World) plays Jon's sister.  She is present in many scenes throughout the movie, but she doesn't say a word until near the end.  Like the others, she also has an addiction.  But it seems that despite her addiction she is still paying attention to everything around her, and it is her that brings her family back into focus.  Julianne Moore(The Big Lebowski, Game Change) plays Esther, a widow who is in a college class with Jon.  She too, has her own addiction, but she also has the most troubled backstory of the movie.  Esther has an important role to play for Jon.  Jon, is, of course, portrayed by Joseph Gordon Levitt.  Now just because it's his movie, he doesn't let his acting slide.  Joseph gives 110% in every scene, and it shows on screen, from his inflections to his physical actions.

Don Jon starts off slow, and you will probably be thinking where the movie is planning on going.  Give it some time – all of the pieces will fall into place masterfully.  Some of things you may not even notice, such as the minor characters' addictions.  Technically they are not important for the overall plot development, but in this case, the minute details add to the incredible story that is unveiling before your eyes.  There are several subplots revolving around the main plot, and each one is important in their own special way.  One of those is the relationship Jon has with his religion.  Every Sunday he goes to mass like clockwork, and he confesses his sins.  It seems repetitious at times, but trust me – pay attention.  The attention Joseph gave on those small details is important, and they were left in because his words were under the protection of his desire to tell the complete story.  Now, even after all this talk about addictions, the movie is not about that.  It really is about relationships, and need to mature.  You will watch Jon transition from being a player to a boyfriend and what happens next.  You will see unhealthy components of relationships from all sides, and then the answers will be given from the most unlikely source.  The addictions I mentioned before are just like a MacGuffin in this movie, but I think using that term is a slight to the overall idea.  While they aren't the main plot, they exist as a major driver for events in the movie.  Some of them are extremely subtle; if you want to watch a movie to disappear into and not fully pay attention for ninety plus minutes, this isn't for you. (it's not a popcorn movie)  I doubt that a movie and story like this could have been told through a major movie company – which is the reason why indie cinema exists.  For actors like Joseph Gordon Levitt, it's the chance to tell a story you dreamed of, and make sure that it filmed the way you envisioned it.  With that, I think he's succeeded.  I enjoyed it, and I think you will too.  I look forward to seeing what else his visions will bring.