Jim Morrison (Val Kilmer), one of the most sensual and exciting figures in the history of rock and roll, explodes on the screen in "The Doors", the electrifying movie about a time called the sixties a legendary outlaw who rocked America's consciousness - forever. Meg Ryan, Kyle MacLachlan, Frank Whaley, Kevin Dillon and Billy Idol also star.

Download The Doors in Digital HD/4K from the iTunes store.

The Doors images are © TriStar Pictures. All Rights Reserved. 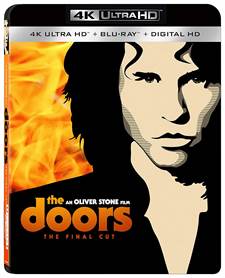 In less than a year we have had two vastly different but very good musical biopics.  Bohemian Rhapsody gave us some vague insight into the world of the Band Queen and its lead singer, Freddy Mercury (Rami Malek; Mr. Robot) while Rocketman offered a grittier and more fantastical view of the legend that is Elton John (Taron Egerton; Kingsman: The Secret Service).  However, looking back there have been musical biopics done before these two came along including 1991's The Doors. Director Oliver Stone's look at at the drug-fueled heyday of the 1960's band has now received the 4K treatment for fans of both the band and the movie to purchase.

The Doors was a group from California made up of Jim Morrison (Val Kilmer; Kiss, Kiss, Bang, Bang), Ray Manzarek (Kyle MacLachlan; Dune), Robby Krueger (Frank Whaley; Broken Arrow), and John Densmore (Kevin Dillon; Entourage) who garnered attention after a few gigs at the famous nightclub, The Whiskey A-Go-Go.  The band became known for not only their music but for the antics of their lead singer, Morrison including charges brought against him for indecent exposure during a concert in Miami, Florida.

As the film opens we see Morrison recording his song, An American Prayer, but shifts to Morrison's childhood memory of an older Native American dying on the side of the road as he and his family drive by sparking his obsession with death and mysticism.  We watch as he meets his fellow bandmates and his girlfriend, Pamela Courson (Meg Ryan; City of Angels) as well as journalist Patricia Kennealy (Kathleen Quinlan; The Hills Have Eyes).  Finally, the audience is exposed to Morrison's adventures in drugs and the effect his erratic behavior has on his bandmates and his career.

It is a valid argument to state that this is one of Kilmer's best roles.  He embodies Morrison to such an extent that it is easy to lose sight of the fact that this is an actor portraying a dynamic figure and simply see Morrison. Ryan is a good compliment to him and the two seem to have a decent amount of chemistry.  MacLachlan, Whaley, and Dillion round out the main cast nicely, playing off Kilmer and each other well.  Quinlan also offers a solid performance and Stone's Direction places these actors in the best light possible.  It is only a shame that Kilmer didn't receive an Oscar nomination for this role.

The video transfer to 4K is decent for the most part but there are some moments of graininess that peak through on occasion.  However, colors are generally clean and the details are sharp.  In contrast, the Dolby Atmos audio is a treat for fans of The Doors' music.  The soundtrack is rich and full-bodied and the dialogue is crisp.  The Blu-ray disc offers previously released extras including: Audio Commentary with Director Oliver Stone, The Doors in L.A., Jim Morrison: A Poet in Paris, The Road to Excess, Original Featurette, Deleted Scenes, and Original Trailer and TV Spots.  New material can be found on the 4K disc and includes: New Interview with Oliver Stone, New Interview with Lon Bender, Mixer for the new Dolby Atmos Mix, and Audio Commentary with Oliver Stone (Theatrical Cut).  Most are interesting enough to watch at lead once.

The Doors 4K release gives fans a better quality audio experience than they had previously and visually offers enough to keep the audience watching.  The film is entertaining for the most part but the gem is Kilmer's performance of the rock legend who passed away before his time.  However, if we are being truthful here the movie should have been titled Morrison since the majority of the film is mostly about him.  Regardless, it is an entertaining piece with solid acting and, of course, a great soundtrack. 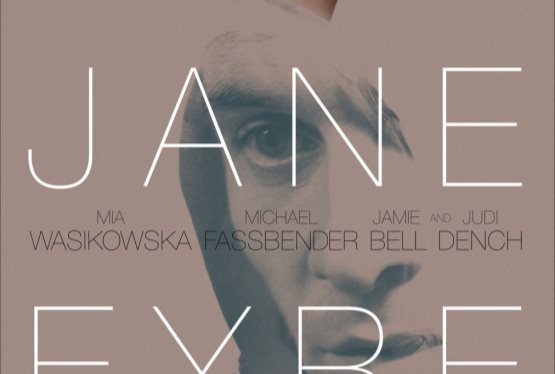