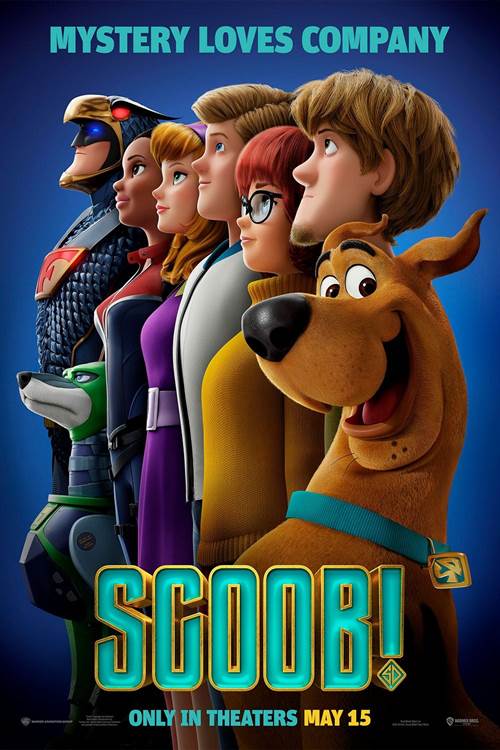 "SCOOB!" reveals how lifelong friends Scooby and Shaggy first met and how they joined with young detectives Fred, Velma and Daphne to form the famous Mystery Inc. Now, with hundreds of cases solved and adventures shared, Scooby and the gang face their biggest, most challenging mystery ever: a plot to unleash the ghost dog Cerberus upon the world. As they race to stop this global "dogpocalypse," the gang discovers that Scooby has a secret legacy and an epic destiny greater than anyone imagined.

Stream Scoob! in Digital HD/4K from the AppleTV store.

Listen to the Scoob! soundtrack on Apple Music.


Join Along in the Scoob Movie Night Twitter Premiere Event  5/11/2020 2:43 PM EST
On Friday, May 15, Warner Bros. invites everyone to attend the Twitter #ScoobMovieNight premiere event, hosted by the big dog himself, to celebrate the release of the brand new, fully animated, full-length action-adventure feature "SCOOB!" on Premium Video on Demand or Premium Digital Ownership. The special event preshow will begin at 7 p.m. ET/4 p.m. PT and is for all audiences. It will feature f...  More>>

Scoob Film Skipping the Theaters Heading Direct to Digital  4/21/2020 4:50 PM EST
Warner Bros. has announced that they will not be releasing "Scoob", a new "Scooby-Doo" animated film, in theatres. The studio has planned a launch on digital rental services next month. "While we're all eager to be able to once again show our films in theaters, we're navigating new, unprecedented times which call for creative thinking and adaptability in how we distribute our content. We know fans...  More>> 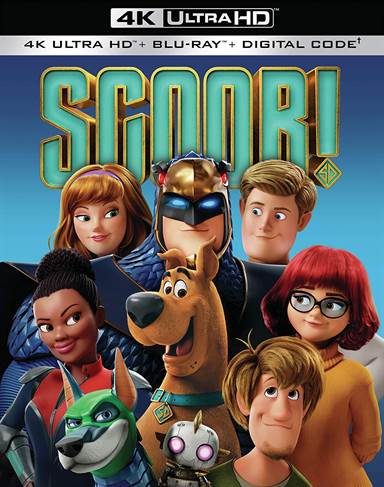 Scooby-Doo is one of those characters that just stands the test of time. For 51 years this iconic cartoon has been a constant part of our lives. The latest iteration of this lovable pup is Scoob!, which premiered on video on demand May 15, 2020. The film was originally set to debut in theatres but plans changed due to the COVID-19 pandemic.

This film is essentially an origin story. In it, we meet Norville "Shaggy" Rogers (Will Forte; The Last Man on Earth), who doesn't have any friends until, one day, he sees a cute puppy in a park and shares his lunch with him. The two become fast friends and Shaggy names the pup Scooby-Doo (Frank Welker; Transformers Dark of the Moon). The pair head to a haunted house on Halloween and meet Velma (Gina Rodriguez; Jane the Virgin), Daphne (Amanda Seyfried; Mamma Mia!), and Fred (Zach Efron; The Greatest Showman). Now, as a group of five friends, they become inseparable.

One day, while Shaggy and Scooby are bowling, they are taken by Shaggy's Hero Blue Falcon (Mark Wahlberg; Ted), and his scorpions. Blue Falcon tells them about a plan Dick Dastardly (Jason Isaacs; The Harry Potter Series) has and that he wants to kidnap Scooby. After Scooby receives a protective superhero suit from Blue Falcon, Shaggy becomes jealous and decides he won't help fight against Dastardly. However, Shaggy is tricked and leads Dastardly to Scooby-Doo, allowing him to open a portal to the underworld where he can save his pet Muttley (Billy West; Futurama). Now they all must deal with the three-headed dog, Cerberus, that guards the underworld.

The film has a lot of other cartoon cameos in it, including Ken Jeong (The Hangover series) as Dynomutt, and Tracey Morgan (30 Rock) as Captain Caveman. There was also a cameo made by Simon Cowell, who played himself.  The video 2160p resolution is terrific.  Every detail is clean and sharp and colors pop off the screen with every shade you could imagine.  The depth of the animation makes the 4K version a real treat.  The DTS-HD Master Audio 5.1 is a bit surprising considering this is a new release.  I'm not sure why it wasn't done in Dolby Atmos but, regardless, the quality is still excellent.  The dialogue sits comfortably in the center channels while the surrounding speakers offer layered sound effects and the soundtrack clearly.

Overall, I enjoyed this film and having been a fan of Scooby-Doo for a long time, it was nice to get an origin story of the group. This is a film that will keep the attention of both kids and adults alike, so be sure to check it out of your next family movie night!

SCOOB! comes with the following extras that were also on the standard Blu-ray. 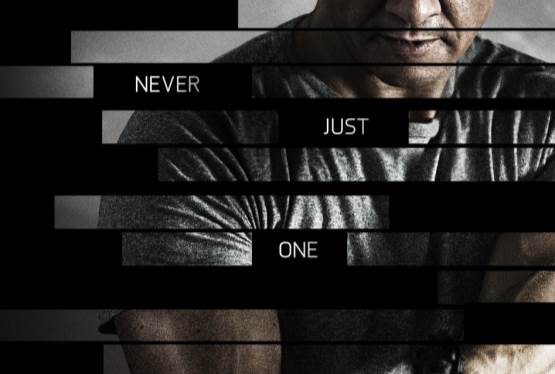