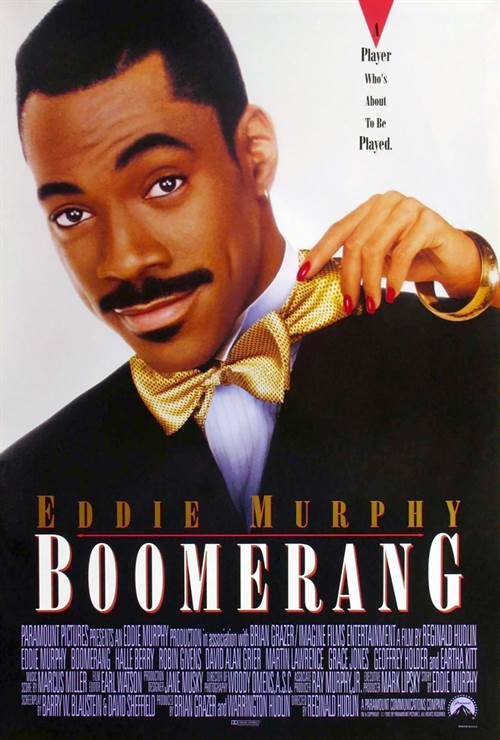 Stream Boomerang in Digital HD/4K from the AppleTV store.

Listen to the Boomerang soundtrack on Apple Music. 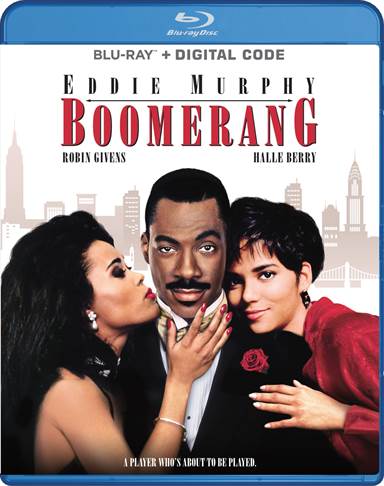 When one says the word boomerang the majority of people will immediately thing of the object from Australia that comes back (hypothetically) when thrown.  It is most probably the most tangible equivalent to an echo. Younger generations would immediately think the person was referring to the television network that for many years showed reruns of older cartoons.  However, if you were a young adult in the 1990’s you know Boomerang to be the Rom-Com starring Eddie Murphy (Coming to America).  Thirty years later, Paramount Pictures is releasing the film on Blu-ray this week for the first time ever.

Marcus Graham (Murphy) is a successful advertising executive who also is the “love ‘em and leave ‘em type where matters of the heart are concerned.   He is known as a “playa”, even though he has a sensitive side.  When the company he works for is sold and merged with Lady Eloise (Eartha Kitt; Batman) cosmetics, Marcus finds himself in unfamiliar territory.  He has a new boss, Jacqueline Broyer (Robin Givens; Kimi) who is beautiful, intelligent, and basically the female equivalent to him, both in the boardroom and the bedroom. Suddenly Marcus finds himself on the other side of the relationship coin; falling for a woman that only uses him to have a good time.  Marcus doesn’t know how to handle his emotions as the tables have turned and he suddenly sees how he has treated all of his past love interests.

Murphy’s career had several highs and lows in the ‘90s and Boomerang was one of the former. Always the “funny one”, Murphy began playing the straight guy to his funny counterparts.  His costars include Martin Lawrence (Bad Boys franchise) and David Alan Grier (Joe Pickett), who were the funny guys opposite Murphy’s seriousness.  Besides Givens, a young, up-and-coming actress, Halle Berry (Monster’s Ball), is another of the women in Marcus’ life, along with Tisha Campbell (Martin), Marcus’ nosy neighbor and former “conquest”.  Chris Rock (Head of State) has a small but memorable role as the “mail guy”.

One can only assume Paramount has bigger and better things in store for Boomerang in the not-so-distant future because they only restored and released the movie in Blu-ray instead of the more advanced 4K.  The thirtieth anniversary seems as if it would be a great time to show off the best technology has to offer but they chose to hold back.  The 1080p resolution is an improvement over the previously released DVD but obviously, the 4K would have made the picture sharper.

The same could be said for the DTS-HD Master Audio 5.1.  It is an upgrade but nothing exceptional.  The soundtrack sounds crisp and the dialog is clean, which one would expect from DTS-HD.  Hopefully, when they eventually release it 4K it will have been worth the wait.  Perhaps, the biggest disappointment though is the extras, or lack thereof.  Besides the director’s commentary, the only other extra is five minutes of deleted and extended scenes.  It would have been nice, with the level of comedic talent in the cast, to show some behind-the-scenes funnier moments but, alas, no such luck.

Boomerang is a solid film that interestingly is ahead of its time in some aspects while woefully outdated in others.  The concept of, not only a female executive but a woman who discards men readily and easily was unusual but the hair and costumes and a few of the jokes would not work in today’s day and age.

Boomerang is classic Murphy with an ensemble cast full of talented actors, and the Blu-ray quality is standard but not exceptional.  However, as the best version out there, for now, I recommend buying it. 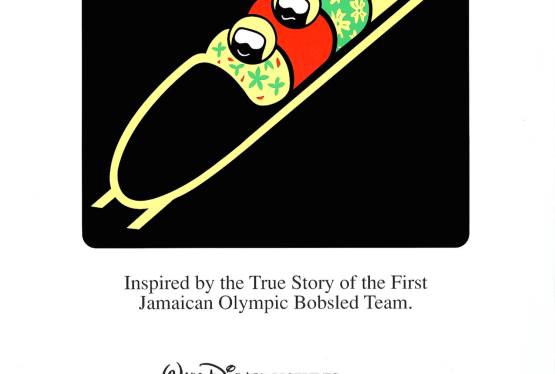