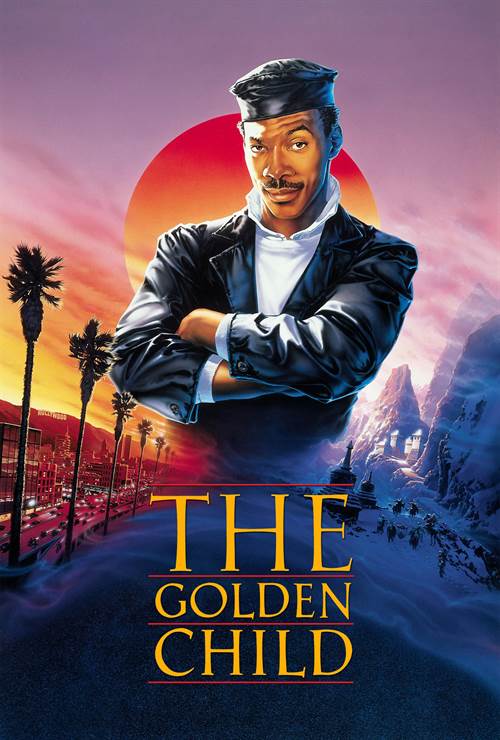 As 'The Chosen One', Murphy's on a madcap mission to save The Golden Child, a youth with mystical powers who's been abducted by an evil cult. He battles a band of super-nasties, scrambles through a booby-trapped chamber of horrors and traverses Tibet to obtain a sacred dagger. But it's Murphy's wit that turns out to be his sharpest weapon in this 24-karat comedy adventure.

Stream The Golden Child in Digital HD/4K from the AppleTV store.

The Golden Child images are © Paramount Pictures. All Rights Reserved. 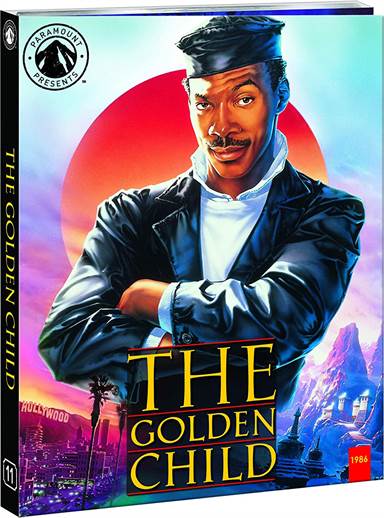 In the early 1980's Eddie Murphy's career was on the rise.  With the success of Saturday Night Live and his budding movie career, it seemed he could practically do no wrong.  After starring in 48 Hours, Trading Places, and Beverly Hills Cop, it seemed the "golden boy" had the Midas touch.  Then came his next feature film, 1986's The Golden Child, and his string of successful movies came to an abrupt end.  Of course, Murphy got back on track, but the movie was one of the first lows in his long Hollywood career.  Since Coming 2 America is set to be released early next year, Paramount Presents decided it was time to celebrate Murphy's work and has included The Golden Child on their growing list of restored and re-released movies.

In a small, Tibetan Temple a mysterious child (J.L. Reate) is surrounded by Monks.  He demonstrates his "powers" for the Monks by reviving a dead bird.  Suddenly, Sardo Numspa (Charles Dance; Last Action Hero) and his men break into the temple, kill the Monks and kidnap the child. Desperate to find the "Golden Child", Kee Nang (Charlotte Lewis; Men of War) enlists the help of social worker Chandler Jarrell (Murphy) to help her.

When a little girl that Chandler was looking for winds up dead outside a home spray-painted with Tibetan writing, Kee tells Chandler he is the "chosen one" who must save the child. Tracking down a motorcycle gang named the Yellow Dragons, Kee and Chandler discover Numspa had a henchman named Tommy Tong (Peter Kwong; Big Trouble in Little China).  The two also discover they must find the Ajanti Dagger, which can fatally wound the child.  They travel to Tibet, find the dagger, lose it to Numspa, help the child escape and ultimately kill the demon Numspa morphs into.

Murphy, once again, plays "the coolest guy in the room", an act we have come to almost expect from him.  However, unlike in Beverly Hills Cop, that overconfident demeanor doesn't play as well here.  This character needed a bit more of a serious tone when involving the kidnapping and murder (or attempted murder) of two children.  Lewis is ok in the movie, but she and Murphy don't really have any chemistry making their "relationship" not very believable.  Dance has portrayed the villain several times in movies and the child-murdering demon in this movie isn't a stretch.  Reate is super cute though he doesn't say anything the entire time.

This newest version of The Golden Child is part of the Paramount Presents series and is one of four Murphy films being released this month in anticipation of the theatrical release of Coming 2 America in early 2021.  The 1080p video quality is ok but not a huge change from previous releases.  The special effects, which may have been groundbreaking back in 1986, look dated, cheesy, and fake by today's standards.  The Dolby TrueHD 5.1 audio quality is decent as well with the dialogue and the highly synthesized 80's soundtrack creating a nice balance.  There are no new extras included with this release.  The previously released ones include: The Making of the Golden Child, The Chosen Ones, Daggers, Design and Demons, Theatrical Trailer, and the Digital HD Copy of the film.

Murphy has had a number of hit films in his career, especially early on, and most recently received an Oscar nomination for Dolemite is My Name.  However, The Golden Child wasn't especially funny, nor was it all that interesting and has turned out to be among one of his weakest movies.  While Paramount Presents does it best to upgrade the video and audio for this release, there isn't anything that could be done to save the plot.