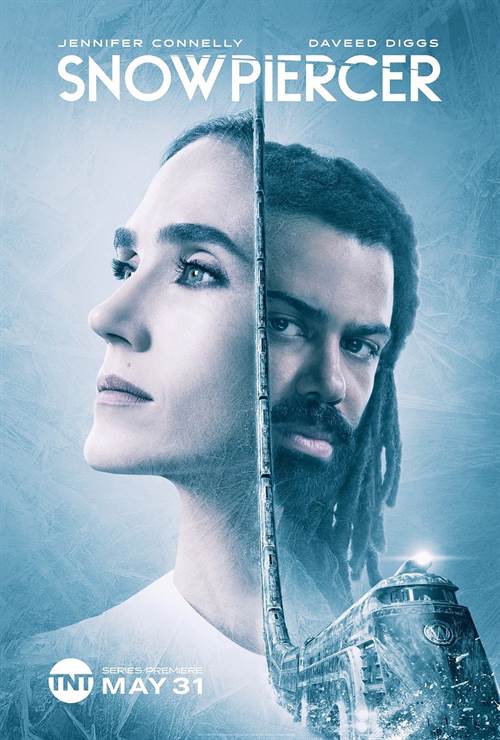 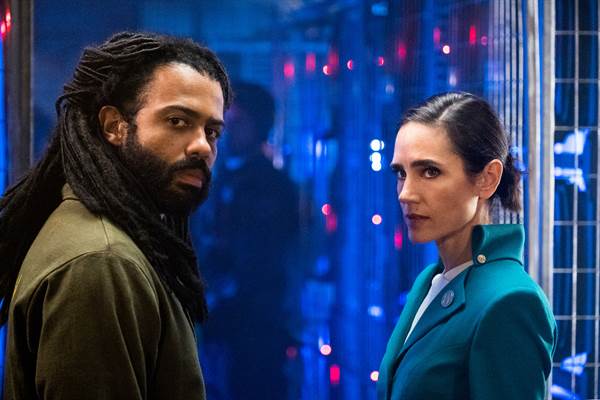 Set more than seven years after the world has become a frozen wasteland, “Snowpiercer” centers on the remnants of humanity who inhabit a perpetually moving train, with 1001 cars, that circles the globe. Class warfare, social injustice and the politics of survival play out in this riveting television adaptation.

Download Snowpiercer in Digital HD/4K from the iTunes store.


TNT Renews Snowpiercer for Fourth Season  7/29/2021 4:39 PM EST
TNT has announced that they will be renewing "Snowpiercer" for a fourth season, after wrapping up their third.Sam Linsky and Adrienne O'Riain, co-heads of scripted original programming for TBS, TNT, and truTV, "‘Snowpiercer' has been an incredibly successful series for us that continues to capture the imagination of viewers, grow audience and maintain strong ratings. All of our seasons embark on a...  More>> 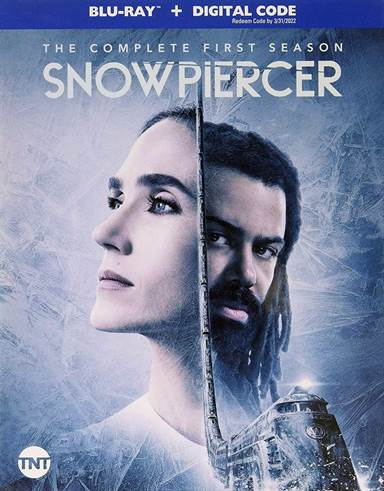 Climate change – it's a huge debate between scientists and (mostly) religious groups.  But what if it really is true?  What if the earth is warming so much that it will become uninhabitable?  If it could be reversed, would you want it to be done?  What if it all goes horribly wrong bringing about another ice age destined to kill off all humanity?  However, for a price, you could be a part of a train, 1001 cars long, that would circumvent the earth until it began to thaw again.  Based on the 1982 French graphic novel and the 2013 South Korean-Czech film, Snowpiercer, the television series, explores the dynamics of the social classes and the fight for survival.

Mr. Whitford (played by Sean Bean, Game of Thrones, in Season Two) has built a massive train to house the wealthy individuals who paid a hefty price for the luxury they are afforded.  Entitled Snowpiercer, the train also includes those who serve these wealthy patrons, by tending to the everyday tasks of the train including agriculture and sanitation.  Those individuals are second-and third-class passengers, depending on their "job".  Finally, there are those known as the "tailees" – the poor people who jumped onto the train as it was leaving in hopes of surviving the ice age.

For seven years, the tailees have been kept in their place by guards and the leadership of Snowpiercer – Melanie Cavill (Jennifer Connelly; Dark City) - under the supposed directives of Mr. Whitford.  They are rationed "protein meals" and locked in at the end of the train.  They have attempted to take over the train on a few occasions but with no success.  As they plot another coup, one of their leaders, Andres Layton (David Diggs, Hamilton) is summoned to the engine at the front of the train.  There he learns of two murders, and as a former police detective, is asked to help solve the crimes.

The concept of the show is interesting, and the train is impressive.  Connelly is well cast as the often necessarily hard but all too human head of the train.  Diggs shows a range of emotions throughout the first season but waivers between some fine acting moments and occasionally overacting, which can be distracting and somewhat annoying.  The supporting cast includes some terrific actors who compliment Connelly and Diggs nicely.

The Blu-ray combo pack is presented in 1080p high-definition video quality with a 1.78:1 aspect ratio.  The picture can sometimes be a little gritty, but it fits the atmosphere of an ice age and a massive train well.  Some of the exterior shots are not great and look unrealistic.  The DTS-HD Master Audio 5.1 fairs a little better offering clean and crisp dialogue.  It also makes good use of the surround speakers for the ambient noise and Bear McCreary's musical score beautifully flows throughout the series.  There are less than fifteen minutes of extras which is a little disappointing.  They include: a series overview, class warfare, Jennifer and Daveed's behind the scenes interview, Set designs of the train and Behind the Curtain: Art of the Frozen World.

Snowpiercer: The Complete First Season includes ten hour-long episodes, which start out slow but build with tension and action as the series progresses.  There are enough twists and drama to keep the viewer invested in the story while not overindulging in confusing subplots.  While the series deviates from the original graphic novel and the 2013 movie, it offers the audience some moral dilemmas and thought-provoking topics that are very relevant in today's society.

You may want to throw in the towel after the first episode or two, but trust me, stay with it because it gets better and by the end of episode ten you will be eager for Bean's entrance in season two.