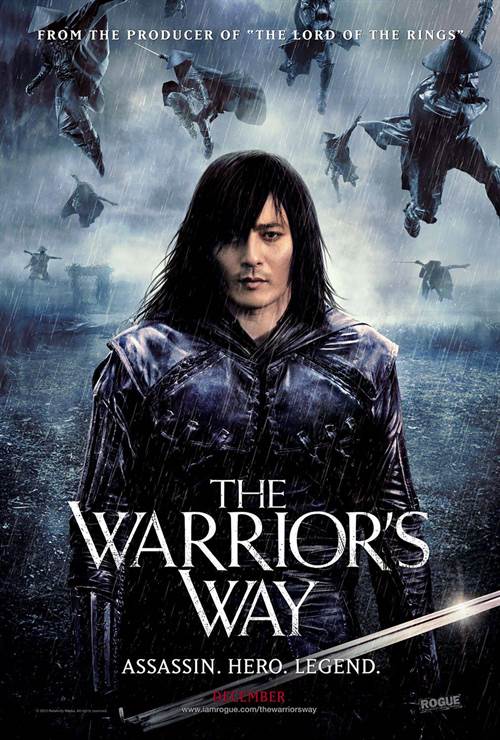 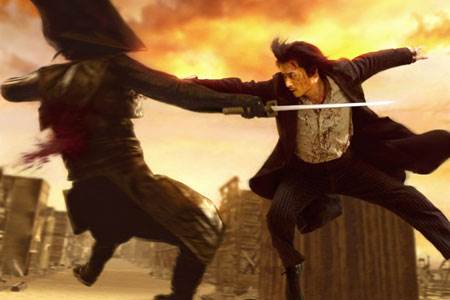 The Warrior's Way, a visually-stunning modern martial arts western starring Korean actor Dong-gun Jang who plays an Asian warrior assassin forced to hide in a small town in the American Badlands. Rounding out the ensemble cast are Kate Bosworth, Oscar-winner Geoffrey Rush, Danny Houston, and Tony Cox. The fantasy action film was written and directed by newcomer Sngmoo Lee, and is being produced by Barrie Osborne, Michael Peyser and Jooick Lee.

Stream The Warrior's Way in Digital HD/4K from the AppleTV store.

The Warrior's Way images are © Relativity Media. All Rights Reserved. 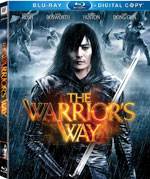 The trick with most Kung Fu movies is that you don't know what to expect with each one. While for hard core enthusiasts every martial arts film has something appealing to them, the majority of the viewing audience tend to have a rough time with it. The latest addition to this genre is called The Warrior's Way.
The film stars Dong-gun Jang as Yang, a legendary assassin/swordsman who works for an evil and sleazy lord. Yang isn't someone who enjoys his work; he simply is a means to an end. His life takes a drastic change though when his master assigns him a mission and Yang refuses. His lord is angered by Yang's refusal and orders him killed. This is not easily done since Yang is so highly skilled and he is able to escape. He leaves Japan and makes his way to America, more specifically the area known as Badlands when the West was still wild.
Yang makes his way to a small western village where he makes some new friends in the forms of Geoffrey Rush, Kate Bosworth and Tony Cox (Ronald, Lynne and Eight-Ball). Being a stranger in a strange land during such desperate times it takes the locals some time to become accustomed to the addition of a foreigner in their town. What starts as distrust quickly becomes friendship as they realize Yang is a good hearted soul who only longs for peace and quiet. Of course this being an action film, things can never stay quiet for long. Yang's former master finally tracks him down and sends in a horde of assassins to wipe out not only Yang, but the town as well.
Yang gets wind of the plot and recruits his friends to help him to make a stand against the army of invaders in what is certainly a well-choreographed extended fight sequence.
There are some good and bad points about this film which for anyone are fairly obvious. The two good points about this film are the fight scenes which bare the mark of stunt teams that have been coming out of china in the last few years. Each battle in this film is a wonder to behold, utilizing not only wire work but the experience of all of the Asian actors as well. What also stands out here are the visuals themselves. The film uses similar effects to what we have seen is films like 300, Watchmen, and Sin City but while those tended to focus more on the dark contrast of their surroundings, this film seems to enhance the brighter colors causing the look for the movie to have more pop and substance.
What keeps the film from being anything of value is the story and performances. The plot if quite thin and resembles many action films gone before. We have all seen the story of the troubled assassin who refuses to do what he does best and now has to fight for his freedom. This being such an action heavy film that doesn't leave much room for the actors performances to take root and given the star of this film is clearly new to English it makes his performances seem more unsteady and thin.
Arriving on Blu-ray for the first time, all Kung Fu fans that got a kick out of this movie have the chance to relive it over and over again. Like all things Blu-ray the film looks fantastic and considering the flashy visuals the film already had going for it, Blu-ray only helps to enhance it. The audio however doesn't seem to be improved; at the standard 5.1 DTS-HD Master Audio it doesn't seem to add much to the film but that doesn't mean it isn't fun to hear all the intense action through those surround sound speakers. Unfortunately the extras leave something to be desired. On a 2-disc set, the second being the standard digital copy of the film, the first disc only contains some deleted scenes and a quick two minute behind-the-scenes montage. It's sad to see such a small effort made here because it would have been nice to see a little more into the minds of those who created this film.
Regardless of the extras on the two-disc Blu-ray set the film still leaves much to be desired. It would be surprising to find Kung-Fu fans who found this film a worthy addition to the realm of martial arts movies. All there really is left to say now is where do we go next in the world of Kung-Fu?