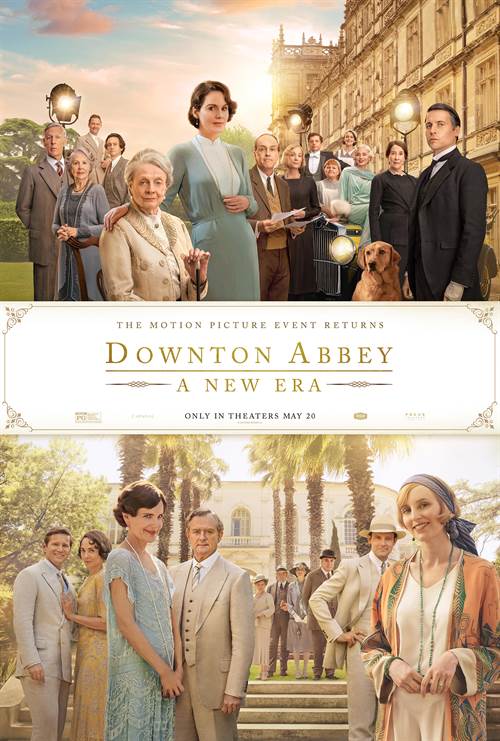 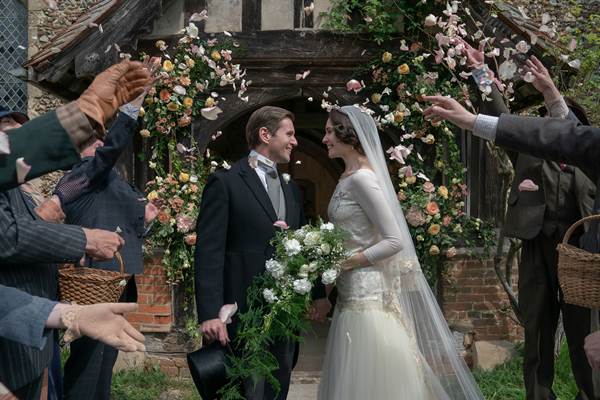 From award-winning creator Julian Fellowes comes the motion picture event DOWNTON ABBEY: A NEW ERA. The much-anticipated cinematic return of the global phenomenon reunites the beloved cast as they go on a grand journey to the South of France to uncover the mystery of the Dowager Countess’ newly inherited villa.


A Unique Downton Abbey Experience Coming to Amazon Alexa  5/5/2022 1:59 PM EST
To celebrate the release of "Downton Abbey: A New Era", Focus Features has launched an exciting "choose your own" adventure with Amazon Alexa.In this uniquely immersive experience, featuring Jim Carter as the fan-favorite butler, Mr. Carson, listeners can go on an audio tour of Downton Abbey, test their Crawley family knowledge, set reminders for showtimes, and buy tickets for the new film.Just sa...  More>> 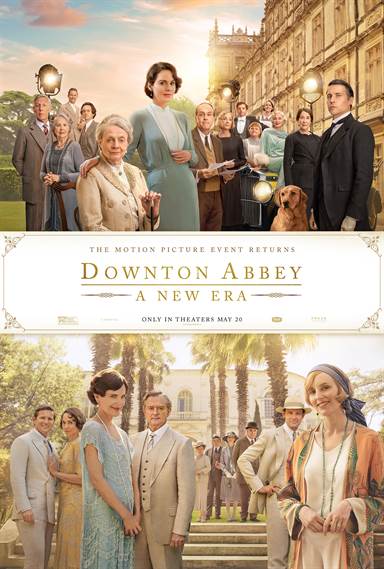 The much-anticipated return to “Downton Abbey” is upon us, and it arrives once again sumptuous and stylish in a way that touches your heart and moves your soul. It is at once familiar, comfortable, and warm. It feels like a visit to relatives you enjoy being with and always miss.

It’s been twelve years since the series first appeared on PBS, and it has been wildly popular around the globe. This is the second film spawned from the series and reunites the beloved cast as they go on a grand journey to the South of France to uncover the mystery of a new inheritance.

If you don’t know, “Downton Abbey” chronicles the lives of the fictitious Crawley family and their servants, who inhabit a sprawling English country estate in the early 20th Century. Of all the British period pieces about upper-class families living in the 1920s that I’ve seen over the years, this one is by far the best. This latest entry to the saga is once again Cinematic Gold on every level, with a deep understanding of the morality, politics, and class structure of the times.

Although this is a continuation of the family’s story, it’s still a stand-alone film. I slid easily into the story, was re-introduced to the characters without any confusion, and was able to follow the plot with joyous anticipation. You will too.

It is 1928, a year after the family played host to King George and Queen Mary in the previous film. The story opens with Lord Crawley’s mother, Lady Violet (Maggie Smith) the Dowager Countess, surprising everyone with the news that she has inherited a Villa in France from a man she spent very little time with decades ago. At the same time, a British Film Company arrives at “Downton” with a much-needed offer of money, to be allowed to shoot a silent film there.

Suffice it to say, the family divides into two separate parties to deal with both the mystery of the French Villa and the unfamiliar goings-on as the film company attempts to shoot their movie all over the estate.

All in all, it’s a wonderful film, beautifully acted and set against a background of perfect period recreation. Since in every way this is a true acting ensemble piece, I can’t pick out one performance I liked above another; they are all wonderful.

The costumes, set design, set decoration, French locations, and filmmaking mania are all spot on and a joy to observe. Additionally, the cinematography by Andrew Dunn is breathtaking and finds its perfect match in John Lunn’s exquisite musical score.

My take… “Downton Abbey: A New Era” is simply a great film experience that lives up to the best of the original series. See it on the big screen or you’ll miss the sweep of its grandeur.