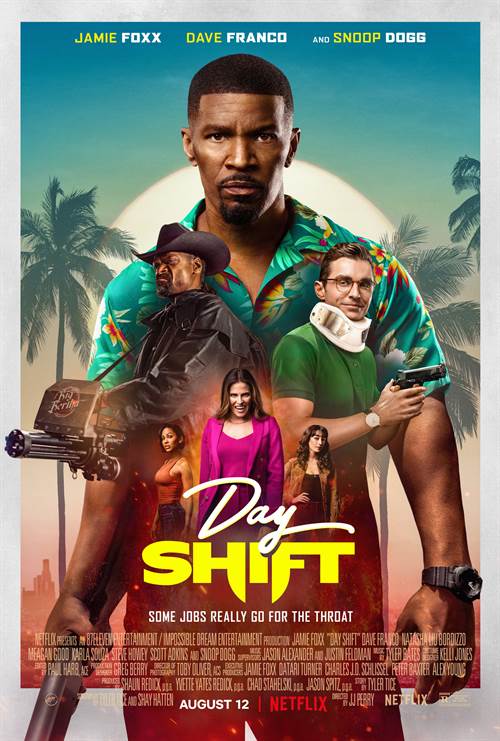 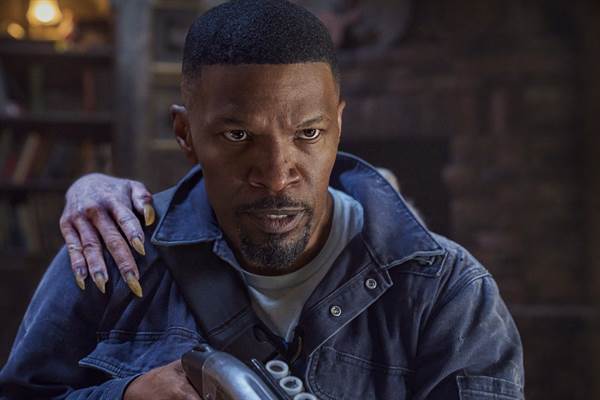 Bud Jablonski (Jamie Foxx) is a blue-collar dad hoping to provide a good life for his quick-witted daughter Paige (Zion Broadnax) and to stay in the good graces of his estranged wife Jocelyn (Meagan Good). His mundane San Fernando Valley pool cleaning job is a front for his real source of income: hunting and killing vampires. Since being thrown out of the more lucrative international union of vampire hunters for code violations, Jablonski has been making a living selling fangs to black-market buyers like Troy (Peter Stormare). But when Jocelyn threatens to move Paige to Florida due to financial concerns, Bud has to make money fast and asks to be reinstated in the union with the help of his vampire hunting pal Big John (Snoop Dogg). Hardass union boss Seeger (Eric Lange) agrees on the condition that Bud is babysat by nerdy union rep Seth (Dave Franco). But when Bud pisses off Audrey (Karla Souza), the most dangerous vampire in Southern California, she seeks vengeance on Bud and everyone in his world. Day Shift was directed by J.J. Perry and produced by Shaun Redick and Yvette Yates Redick’s Impossible Dream Entertainment and 87eleven’s Chad Stahelski and Jason Spitz.

Listen to the Day Shift soundtrack on Apple Music. 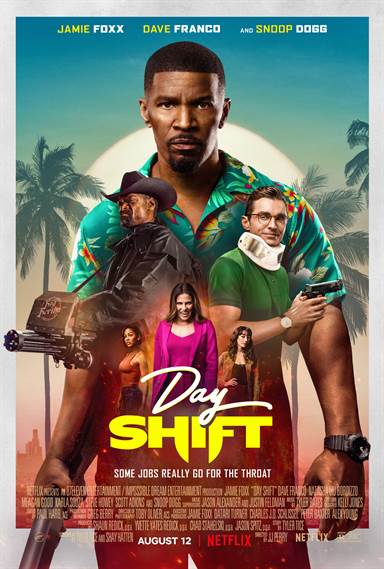 Vampires… creatures of the night that are surrounded by an air of mystery and danger.  As humans, we seem to be fascinated, almost obsessed some would say, by them.  There are novels written about them, young adult stories as well, television shows, movies, novels made into movies and television shows, etc. You get the point.

These various genres also portray vampires in a number of different ways.  Sometimes they are ruthless and extremely violent, other times they are sensual, mesmerizing, and sinuous tantalizing their prey into becoming their next meal. Then you get the vampires that are the butt of the joke in a comedy-driven movie or television series.  This week we get the latter version when Day Shift hits theaters.

Bud Jablonski (Jamie Foxx; Spider-man: No Way Home) is your average, blue-collar, working guy with a somewhat unusual job.  He loves his daughter, Paige (Zion Broadnax; Abbott Elementary), and is extremely upset when finds out that his estranged wife, Jocelyn (Meagan Good; Think Like a Man) is planning to sell their house in California and move with Paige to her mom’s in Florida.  Bud now has a week to come up with the money for Paige’s school tuition and braces before Jocelyn packs up.

Bud, posing as a pool guy, is actually a vampire hunter who works during the day. Desperate to raise enough money in time, he appeals to his friend Big John (Snoop Dogg; Starsky and Hutch), to help him get back into the Vampire Hunters Union, which he was kicked out of for multiple infractions against Union rules.  Union Head, Ralph (Eric Lange, Narcos) allows Bud to return on probation with the stipulation that he be accompanied in the field by a Union rep, nerdy, desk jockey Seth (Dave Franco; Nerve).  In reality, Seth is there to spy on Bud citing all the rules he breaks but ends up getting an education of his own.

If you are going to make a comedy Foxx would certainly be a good choice to play the lead.  He comes across as a likable, down-to-earth guy and, since he is versatile, he can handle the comedy, the stunts, and any dramatic moments that arise.  Pairing him with  Franco was a terrific choice as the two have good chemistry.  I would watch them together in almost any buddy comedy movie.  Karla Souza (How to Get Away with Murder) is a standout as the Vampire Mafiosa, Audrey.

Stunt Coordinator J.J. Perry (John Wick: Chapter 2) makes his directorial debut with Day Shift and he puts his previous knowledge to good use.  The stunts are intricate and fast-paced and Perry catches them beautifully on film.  From Parkour to contortionists, he offers more than the run-of-the-mill stunts that even die-hard actions fans will find impressive.  Unfortunately, the script doesn’t offer a whole lot in the way of depth so Perry has to rely on the stunts to hold the audience’s interest.

As comedies go, Day Shift doesn’t shine and isn’t memorable for any laugh-out-loud funny scenes which is unfortunate.  The cast is great and the stunts are incredible but the script isn’t very funny so even a veteran, comedic actor like Foxx has nothing to sink his teeth into (pun intended).  Franco compliments Foxx and I think it would be great to see them collaborate again, maybe in an updated version of the Odd Couple.  Souza has a strong sense of herself which makes her ideal to play the leader of a group of Vampires and Snoop unintentionally puts a smile on one’s face every time he is on screen. He is so unexpected in his role that his presence simply lightens the mood.

As comedies go, Day Shift isn’t great.  As an action movie full of stunts, the movie, along with the cast, shines.