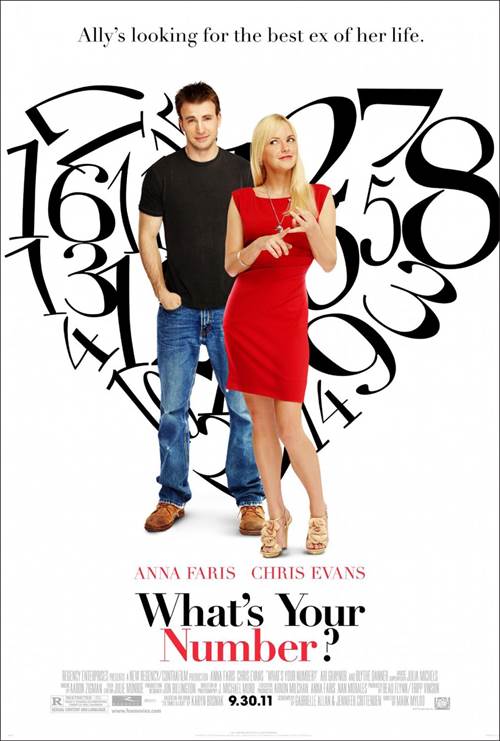 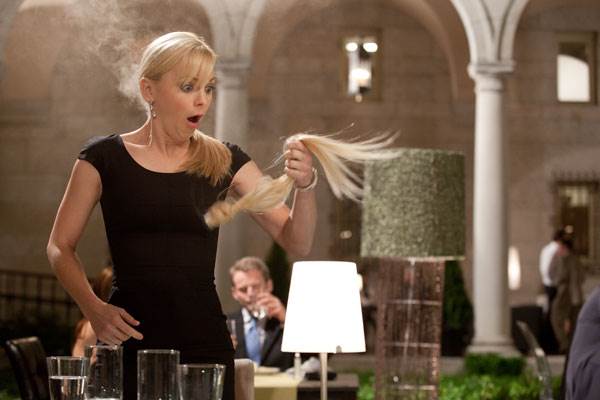 Ally Darling (Anna Faris) is realizing she's a little lost in life. Her latest romance has just fizzled out, and she's just been fired from her marketing job. Then, she reads an eye-opening magazine article that warns that 96 percent of women who've been with 20 or more lovers are unlikely to find a husband. Determined to turn her life around and prove the article wrong, Ally embarks on a mission to find the perfect mate from among her numerous ex-boyfriends.

Stream What's Your Number? in Digital HD/4K from the AppleTV store. 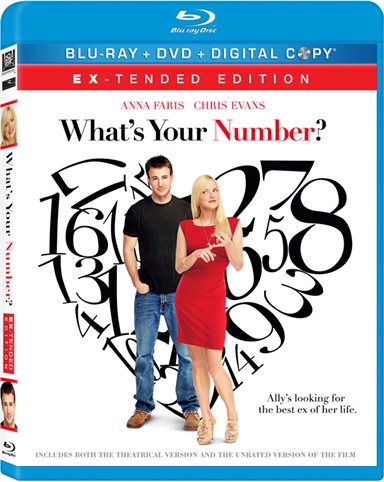 With films like Bridesmaid, an interesting new sub-genre may have emerged thanks to its success. We now may see more movies aimed at women who come with more of an edge when it comes to frank language and visuals. For far too long, "chick flicks" have avoided having any sort of blue material, but there's a change on the horizon, as evidenced by What's Your Number?

Ally (Anna Faris) is not having a good day. She's been dumped by her boyfriend and she's lost her job. To make matters worse, she reads an article in Marie Claire which states that most women have had an average of 10 sexual partners and that once a woman goes beyond 20; she has little chance of finding a soul mate. Quickly doing math, Ally realizes that she's had 19 lovers. She decides that she won't be with another man until she knows that he's "the one". She then begins to wonder if one of the men that she dated in the past had been "the one", but she didn't realize it at the time. She seeks help from her shifty, womanizing neighbor Colin (Chris Evans) on this quest when she learns that his father was a cop and that he knows a lot about how to find people. Together, they begin to track down Ally's ex's. Meanwhile, Ally is dealing with the turmoil created by her sister Daisy's (Ari Graynor) wedding.

What's Your Number? is a very interesting hybrid film. On the surface, this is a romantic-comedy with a very high-concept idea. We've seen this idea before in movies like Ghosts of Girlfriends Past, but it is difficult to remember another movie where the main character wanted to examine/track down nearly 20 past loves. This gives the movie a lot of meat to work with as Ally and Colin set off on their quest. (And we get some great cameos here.) We are treated to some flashbacks and conversations between Ally and Daisy about her ex's. At the same time, a flirtation is brewing between Ally and Colin. This is something of a cliché but at its heart, this film is still about two people finding one another.

However, underneath all of this is a very racy comedy which justly earns its R-rating. And things are even raunchier on the unrated "Ex-tended Edition". In the first few minutes, there's a joke about sexual positions which immediately caught my attention as something a little more risky than one would normally see in a romantic comedy. From there, there are several moments which feel as if someone gave a Julia Roberts script to early 90s Kevin Smith and told him to go nuts. Now, we aren't talking about incredibly explicit jokes here, but things do get bluer than one would see in a standard "chick flick". Some of the jokes are simply crude, while some, such as one pertaining to male sexual preferences, as actually astute and funny. And for you ladies, there are multiple shots of a scantily clad Chris Evans

The overall issue with What's Your Number? is that it's all over the place and never settles down. Is it a by-the-numbers rom-com or is it playful movie for adults. The movie can never seem to decide and it never truly becomes the hybrid which it wants to be. Truly funny moments will be followed by several dialogue scenes which go nowhere, and the movie feels very episodic. There's also the fact that as the movie dwells between two worlds, it may not satisfy any audience. Those used to PG-13 romantic comedies will be bowled over by some of the dialogue here, while those who prefer R-rated indie fare will find the whole story too formulaic.

Now arriving on Blu-ray the film looks very good, most notably reds. As far as special features go, there isn't too much to grind your teeth on. Other than the option of the standard or extended versions of the film, there are also some deleted scenes and a gag reel. A separate disc contains a digital copy of the film for movie watchers on the go.

All in all, What's Your Number? is an enjoyable film with a fun cast that any couple looking for a good laugh will get a kick out of watching.