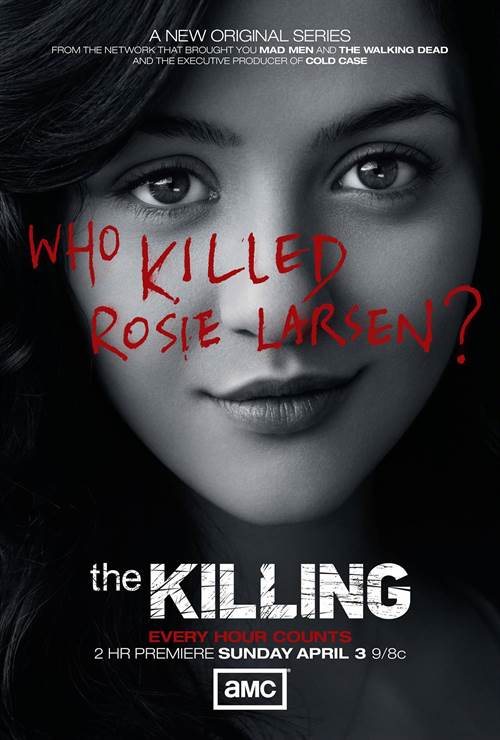 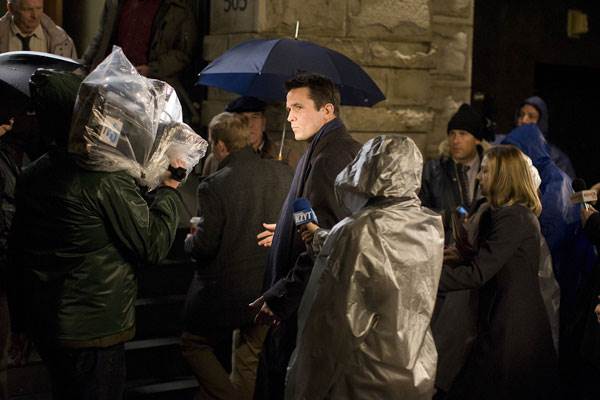 From writer, executive producer and series showrunner Veena Sud (“Cold Case”) “The Killing” ties together three distinct stories around a single murder including the detectives assigned to the case, the victim's grieving family, and the suspects. Set in Seattle, the story also explores local politics as it follows politicians connected to the case. As the series unfolds, it becomes clear that there are no accidents; everyone has a secret, and while the characters think they've moved on, their past isn't done with them.

Download The Killing in Digital HD/4K from the iTunes store.

The Killing images are © 20th Century Studios. All Rights Reserved.


The Killing Makes a Comeback Through Netflix  11/9/2012 11:28 AM EST
Fans of the AMC series "The Killing" may be getting another chance to watch the show.  AMC had opted not to renew the series for a third season, however, they are currently in talks with Netflix to continue the show through their service.  This comes after Fox Studios vowed to find another home for the series and had shopped around to various buyers before dealing with Netflix.  "The Killing" was ...  More>>

AMC's The Killing Canceled After Two Seasons  7/27/2012 2:55 PM EST
AMC announced today it will not be renewing "The Killing" for a third season.  The show first aired in April of 2003 and season two began on Sunday, April 1, 2012.  The  following is the statement that the network released:    "After much deliberation, we've come to the difficult decision not to renew ‘The Killing' for a third season.  AMC is incredibly proud of the show and is fortunate to have...  More>>

The Killing: Season One Blu-ray Review 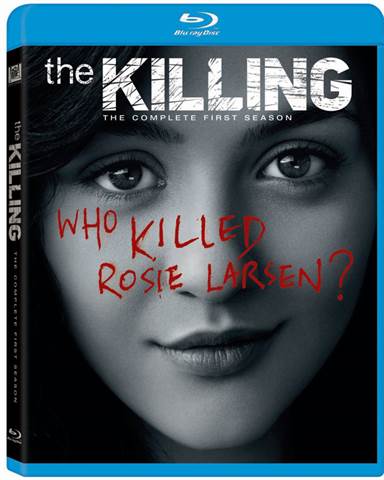 AMC has produced some big hits these past few years i.e. Breaking Bad, Mad Men and most recently The Walking Dead. That doesn't mean that everything they touch will take off like a rocket. Case in point: The Killing.

A girl is murdered, and the unseen act creates a ripple effect across several socio-economic layers in the excessively bleak Seattle metropolis. With enough torrential rain fill a small lake, AMC's The Killing is no less busy than David Lynch's Twin Peaks, the murder-in-a-small-town melodrama it's often compared to, but show runner and Cold Case veteran Veena Sud's approach is worlds away: dour, poker-faced, and forensic. Backed by Sud's own words, but explicitly clear from the evidence on the screen, The Killing takes a proud stand in its ordinariness, humorlessness, and heavy-duty cinematography.

Rather than infusing the show with something like The Wire's well known "Dickensian aspect," The Killing has a lot of characters and locations, but no ambitions toward monster sprawl. Instead, it seems to pay its duty to European crime melodramas and police procedurals, with their medium-wide sense of scale, apocalypse-on-the-horizon tone, and, most tellingly, their unlovable, and, for the most part, un-sexy main characters. At The Killing's center is homicide detective Sarah Linden (Mireille Enos), who's lit harshly, seems to have been scraped clean of any makeup, and, in her quasi-Asperger's demeanor, places on the low end of the scale that runs closely to Kyra Sedgwick on The Closer.

At least, that's the case in the pilot. Once The Killing warms up, Linden's awake-for-72-hours stoneface starts to thaw a little as Enos is put through the paces of normal actor stuff. That she's a highly capable thespian isn't surprising, so it's hard not to enjoy The Killing less when it wasn't lingering on shots that illustrated the many ways Linden is the least imposing homicide detective in all recorded history. In one of the season's later episodes, the story grinds to a halt as the insomniac Linden tackles a personal problem. The murder of Rosie Larsen is almost completely forgotten as Linden and her irredeemable partner, Holden (Joel Kinnaman), are left to do nothing but sit in a car, make cell phone calls, drive somewhere else, smoke cigarettes, and wait some more.

The program's scattershot emphasis—now it's Mystic River, now it's an Alex Cross novel, now it's Empire Falls,—makes it hard to boil away its strengths from its weaknesses. Mechanically deployed subplots and reveals often seem a little too on the nose, a little too precisely timed. On the other hand, while its scripts are pockmarked with lines of dialogue that lack any kind of power or emphasis, the show actually has a fair amount going for it, mostly when Enos is in the frame, or when the story simply wanders away from that all-fired important murder mystery, or the grieving family, or the cutthroat political campaign. An expert in screenwriting might dock points for occasionally dropping the main threads but it's when The Killing loses track of what's important that it starts to become good.

With the first season well over and done, it has finally dropped on Blu-ray. Given that Blu-ray enhances everything it touches it isn't surprising that all the dismal set locations for the show are now even MORE dismal looking.  As for extras on the Blu-ray the only standout in a meager set of commentaries and deleted scenes is a 17-minute featurette, in which the show's creators, led by Sud, carry on about their achievement with jaw-dropping self-regard. To hear it from Sud, The Killing is the only show about a homicide investigation that really and truly gets down to brass tacks on the subject of a single murder's impact on the community at large, the aftermath, the follow-up investigation, the far-reaching butterfly effects, and so on.  There's also a "gag reel"—probably not the best phrase considering the context but beggars can't be choosers.

So let's sum up, while The Killing certainly does do a job and does it quite well it lacks the "entertainment" factor that all shows need on some level to make them a "hit". Perhaps for the second season they could add a comic foil who goes by the name of Cherub and speaks only in rhyme. There's your second season. Done.