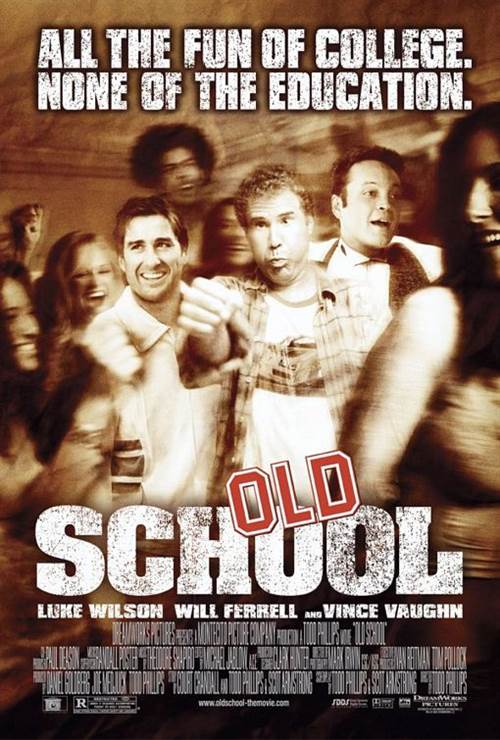 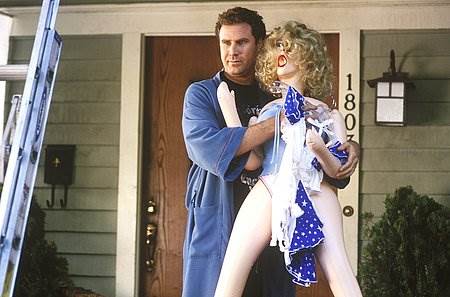 Mitch, Frank and Beanie are disillusioned with their personal lives beginning when Mitch's nymphomaniac girlfriend, Heidi, cheats on him, then former party animal Frank gets married, but unwilling to get go of his wild life, and Beanie is a family man seeking to reclaim his wild and crazy youth. Beanie suggests that they form their own fraternity in Mitch's new house on a college campus to re-live their glory days by bringing together a variety of misfit college students, losers, middle-aged and elderly retirees as their new friends and later try to avoid being evicted by the new Dean of Students, Pritchard, whom still holds a personal grudge against all three of them.

Stream Old School in Digital HD/4K from the AppleTV store. 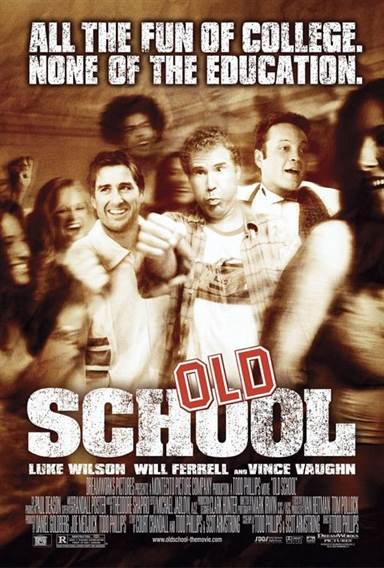 In a time when anything any of its actors touches turns to box office gold, Old School emerged as the crown jewel on the hats of it "Frat Pack" members. Will Ferrell, Luke Wilson, and Vince Vaughn star in this campus comedy which proves no matter how old you are, funneling beer is still good "once it hits your lips…its so good!"

After Mitch Martin (great in his starring role, Luke Wilson) comes home from a business trip to find his wife engaged in less than wifely acts, he moves into a house on the edges of a college campus. Much to the delight of his best friend and old college buddy, Bernard Campbell, the house seems perfect for throwing parties to get Mitch back on track "Like a young fawn being re-released into the wild."

After a successful keg rager "Mitch-a-palooza" with non other than Snoop Dogg providing the entertainment, Bernard decides it is time form a fraternity. "We're talking about a non-exclusive egalitarian brotherhood where community status and more importantly age have no bearing whatsoever." Much to the displeasure of the campus dean Gordon Pritchard (an expertly cast Jeremy Piven – interesting to note however that in Pivens last "campus comedy" he was the troublemaker on campus) the Fraternity is formed with a great ensemble of stereotypically un frat-boy like characters.

What ensues is a series of fraternity inspired humor-  similar, but refreshing to other films in this genre. The real credit goes toward the writing and directing which gives the talented actors many memorable lines which will be quoted throughout college campuses for eternity.

Will Ferrell gives a notable performance as a just married, confused, and over the top comedic genius. While lacking in any originality from the other characters he has played throughout his recent career, this is perhaps the role that will define him for future generations from "that guy from SNL" to "that guy from Old School"

Certainly not a film for everyone, Old School will play best to the 18-30 year old males either about to go to college, in college, or just out of college (and longing to go back).  If you don't laugh in the first 10 minutes, find something else. If you do "get" the humor, you'll probably be laughing at repeat viewings far in the future. While you can never go back, you can relive your glory years with a little help from the boys from Old School