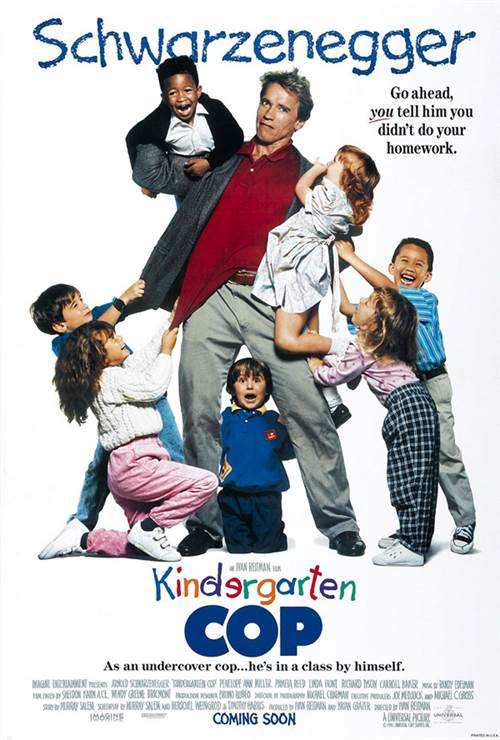 Arnold Schwarzenegger sheds his action image in Ivan Reitman's police comedy Kindergarten Cop, where he plays an undercover cop teaching a class of hyperactive six-year-olds. As the film begins, John Kimble Schwarzenegger and his partner Phoebe O'Hara Pamela Reed are in pursuit of notorious drug dealer Cullen Crisp Richard Tyson and his scabrous mother Eleanor Carroll Baker. John learns Cullen is searching for his ex-wife and his little boy, and Kimble plans to nail them when they find the former wife, who is believed to have $3 million of Cullen's drug profits. John and Phoebe follow the trail to Astoria, Oregon, where they believe Cullen's son is attending kindergarten. Although the child and his mother have changed names, John hopes they can pick up some clues. By coincidence, Phoebe used to be a schoolteacher and the school board permits her teach the kindergarten class, but Phoebe gets food poisoning and John is forced to teach the six-year-old whippersnappers himself. Along with lighthearted gags with the kids and the pursuit of the drug dealers, John has time for a little romance when he falls in love with one of the teachers Penelope Ann Miller, who ends up surprising him with more than love

Stream Kindergarten Cop in Digital HD/4K from the AppleTV store. 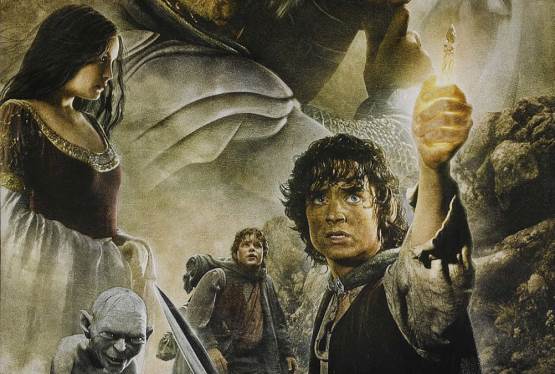 The Lord of The Rings: Return of the King