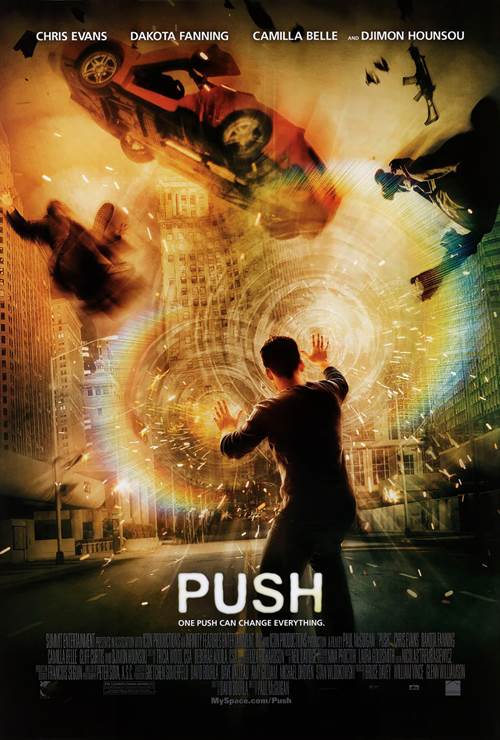 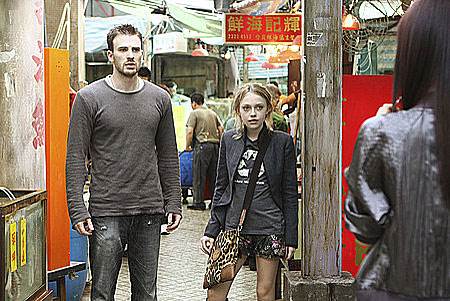 A riveting action-thriller, Push burrows deep into the deadly world of psychic espionage where artificially enhanced paranormal operatives have the ability to move objects with their minds, see the future, create new realities and kill without ever touching their victims. Against this setting, a young man and a teenage girl take on a clandestine agency in a race against time that will determine the future of civilization. 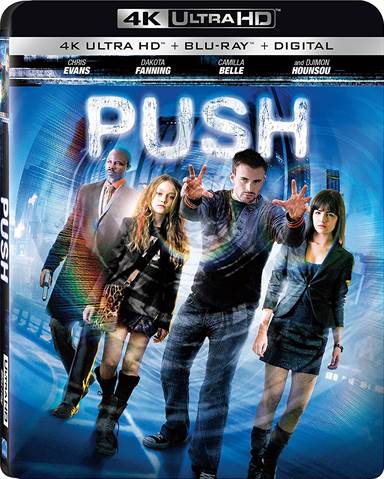 Creatures with special abilities have been around in literature and films for a very long time.  Beings that can transform or move objects with their minds or see the future are from the imaginations of some very creative people and they tend to fascinate audiences who are fixated on these ideas.  They also offer a common theme of humans trying to study, control and imprison these things, which they are threatened by and fear due to not understanding the special gifts they possess.  In the past almost 20 years, movies have given us numerous examples to chew on and 2009's Push is just such a film.

As a young boy, Nick Gant (Chris Evans; Captain America series) watched as his father, a "pusher", was hunted and killed by the division.  Nick grew up avoiding his own powers and the agency that took his father from him.  Living in Japan, he managed to stay under the radar for the most part and never truly developed his own powers.  Then one day after a visit from two of the Division's agents, he finds himself in the company of a young watcher, Cassie Holmes (Dakota Fanning; War of the Worlds) who informs him of what she has seen in the future.

Cassie's mom was one of the best watchers, people who have the ability to see the future, in the world.  When the division takes her, she helps Kira (Camilla Belle: When a Stranger Calls) escape with a special formula that others would literally kill to get their hands on.  Cassie tells Nick that they are supposed to find Kira as she is the key to everything and he suddenly finds himself in a deadly game of cat and mouse with Division leader Henry Carver (Djimon Hounsou; Blood Diamond) as they each race to find the formula.  Due to the nature of people's special powers, Nick must ultimately devise a plan to get the formula and keep him, Kira and Cassie safe.

Chris Evans does a great job as Nick, playing him as a little cocky and somewhat reluctant participant in Cassie's plan.  Belle is good as the rather mopey Kira and Housou plays evil perfectly.  However, the standout in this film is Fanning.  Despite her young age at the time of the shooting, she is excellent as a snarky, brooding teenager.  They are surrounded by a capable cast who enhance the film rather than get in the way.

The 4k Blu-ray combo pack offers quite a punch (as opposed to a push) with 2160p high definition video quality and an aspect ratio of 2.35:1. Despite having been filmed 10 years ago, the blacks are deep and clean and the colors of the neon sign dotted landscape pop off the screen.  The Dolby Atmos audio quality is superb and every minute nuance can be heard through various speakers.  The extras are housed on both the 4K and regular Blu-rays and include: Audio commentary with Evans, Fanning and Director Paul McGuigan, Deleted scenes, Breaking down the 9 Types of Psychics, and the Science Behind Fiction. While some of the special features are throwaways, the Science Behind Fiction one is rather intriguing.

Push has an interesting concept and I particularly liked the watcher.  However, the plot and script seem to fall apart during the climax and Nick devises a plan to save them all.  The story from that point gets a bit confusing and hard to follow.

The movie has some terrific elements going for it but unfortunately, the execution needs to be cleaner for audiences to understand.