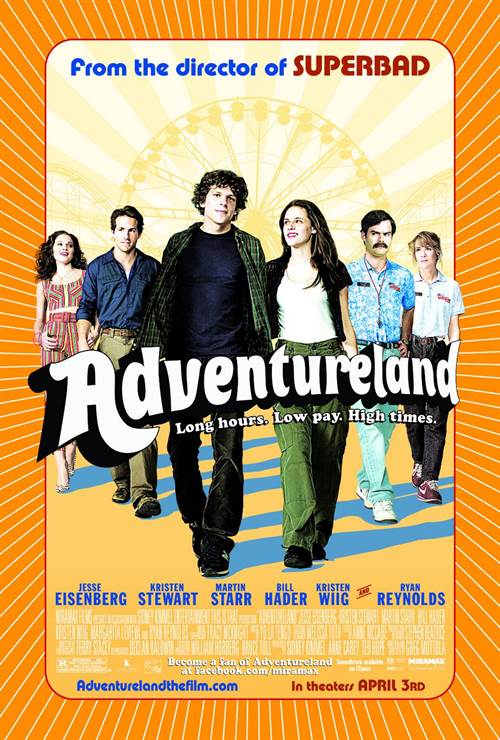 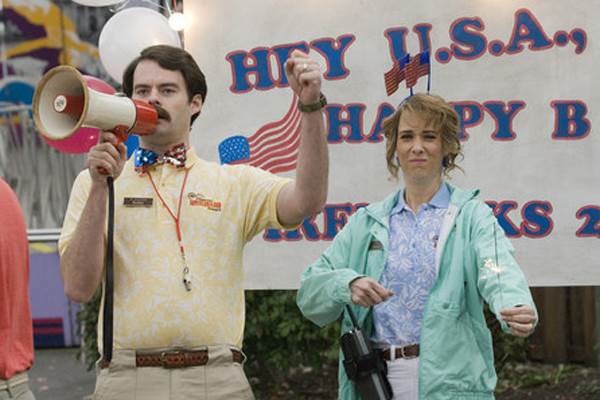 It's the summer of 1987, and James Brennan (Jesse Eisenberg), an uptight recent college grad, can't wait to embark on his dream tour of Europe. But when his parents (Wendie Malick and Jack Gilpin) announce they can no longer subsidize his trip, James has little choice but to take a lowly job at a local amusement park. Forget about German beer, world-famous museums and cute French girls-James' summer will now be populated by belligerent dads, stuffed pandas, and screaming kids high on cotton candy. Lucky for James, what should have been his worst summer ever turns into quite an adventure as he discovers love in the most unlikely place with his captivating co-worker Em (Kristen Stewart), and learns to loosen up..

Greg Mottola, fresh off the hit film "Superbad," is directing his script drawn from his own job-from-hell experience. Ted Hope and Anne Carey of This is that corporation ("The Savages," "Nothing is Private") are producing, along with Sidney Kimmel of Sidney Kimmel Entertainment Executive producers are William Horberg and Bruce Toll.

The creative team includes director of photography Terry Stacey ("The Nanny Diaries," "Dexter"), production designer Stephen Beatrice ("Then She Found Me," "Sherrybaby"), costume designer Melissa Toth ("No Reservations," "Eternal Sunshine of the Spotless Mind"), and editor Anne McCabe ("Maria Full of Grace," "You Can Count on Me").

Eric English
Adventureland will appeal mostly to a more mature, yet still slightly adolescent crowd (age 21-34) and would make for a good date movie.
Full Review | Grade: B