Morgan is very well crafted, directing and cast are top-notch, and the story is certainly relevant in today’s world. 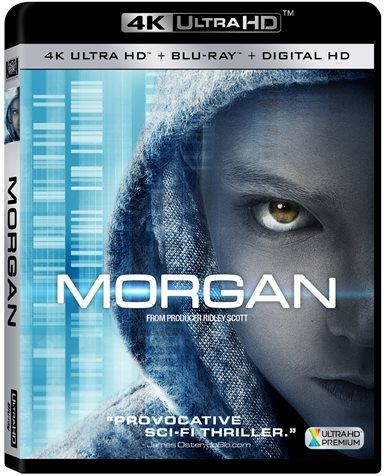 Purchase   DVD/Blu-ray/4K UHD
Ever since the advent of computer sciences, medical breakthroughs have been happening at a lightning fast pace. Starting in the 1990s with the human genome project and the cloning of Dolly the sheep, people have feared scientists might tinker too much with human DNA. As is the norm, art imitates life and in the past few decades films have popped up here and there about the danger of genetic tampering with Jurassic Park, Species, The 6th Day, Splice, and now, in 2016, Morgan.

Morgan tells the story of a young girl (Anya Taylor-Joy; The Witch) who is the product of a corporations genetic experiments. After an incident in the lab that she is being kept in, a risk-management consultant, Lee Weathers,  (Kate Mara; The Martian), is sent to see how the corporation should proceed with it's experiment. Of course, not everyone is on board with having Lee at the Morgan compound, and when emotions run high, all hell breaks loose.

The cast and the direction of Morgan take a B rated story and elevate it to new heights. Kate Mara is a pleasure to watch on screen. Her performance, as usual, is top notch. She fully immerses herself into every role she has and this is no exception. Anya Taylor-Joy was an excellent choice to play the title character. Without knowing anything about the character, you can easily tell something is off with "Morgan" just by the way Anya Taylor-Joy moves and speaks. The rest of the cast, featuring Rose Leslie (Game of Thrones),  Toby Jones (Wayward Pines), Michelle Yeoh (Crouching Tiger, Hidden Dragon), and Jennifer Jason Leigh (Hateful Eight), handle their roles equally as well, making for a very compelling viewing experience.

First-time feature-length film director Luke Scott does a great job with this film. Whether it be his casting choices or his direction, he certainly deserves the family name and directing experience that goes along with it. While Morgan certainly has its share of close up shots, Scott is not afraid to pull back and show wide angles during some scenes. The editing and pacing never let up and leaves you wanting more by the end of the film.

It is for this pacing reason, and possibly at the behest of the studio, that Morgan has a very short run-time of 92 minutes. This, unfortunately, hinders the story from expanding beyond its thriller format to a more thought-provoking drama. Unfortunately, since Morgan didn't do well at the box office, we will never get to see what could have happened with a prequel or sequel to the film that could provide these more dramatic elements.

4k Ultra HD is still a relatively new format; however, the studios have definitely committed to it fully with the quality of reproduction of their films. Morgan is no exception. Presented in 2160p, the blacks are spot on. Color reproduction is so life-like that outdoor scenes make one feel like you are actually looking through a window instead of a television set. Until something better comes along, this is one film that should be used to showcase your 4K collection to guests.

While the video reproduction of Morgan is top notch, unfortunately, the same can not be said for the English DTS-HD MA 7.1 audio soundtrack for the film. While the dialog is extremely crisp and clear, the underlying rear channels are underutilized in the film, even during some of the action scenes.

While Morgan was not a successful theatrical draw for audiences, hopefully, it can find new life in the home entertainment market. The story is very well crafted, directing and cast are top-notch, and the story is certainly relevant in today's world.

Download Morgan in Digital HD/4K from the iTunes store.

For more information about Morgan visit the FlickDirect Movie Database. 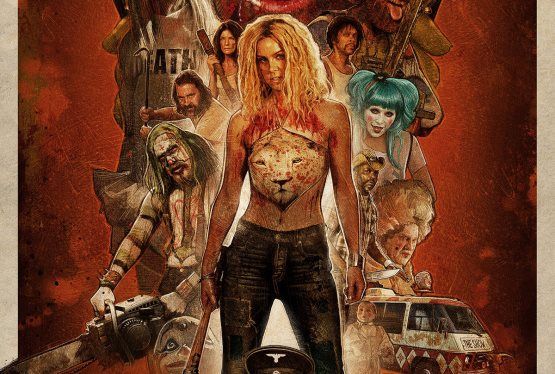 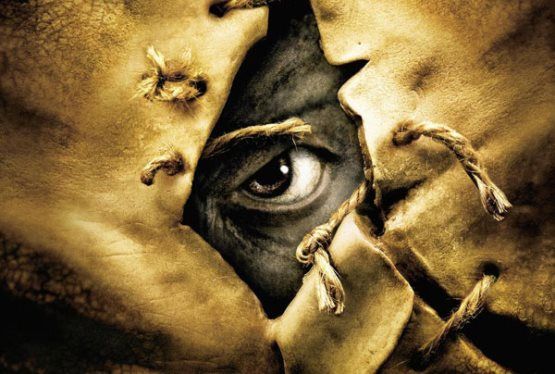