While the theatrical box-office of Dark Phoenix wasn't the best outing in the X-Men series, it provides a nice coda to the ending of X-Men: Apocalypse and ends the series on an interesting note. 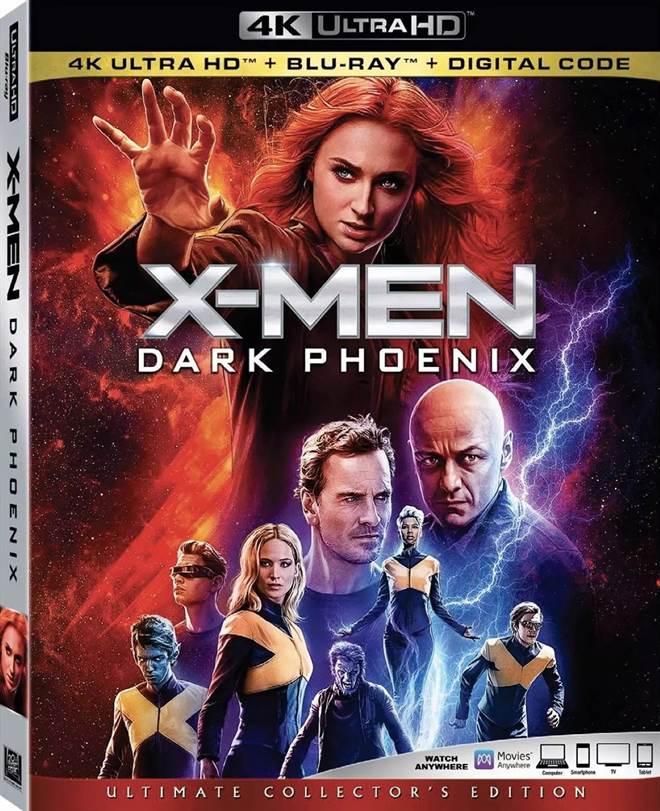 Purchase   DVD/Blu-ray/4K UHD
Back in 2000, the grandfather of all modern-day Superhero films, X-Men, hit the silver screen. It spawned a franchise that saw two sequels, and then a reboot with X-Men: First Class. Now, four films into the reboot, we are seeing the final entry in the 20th Century Fox X-Men series, Dark Phoenix, which is coming to 4K UHD, Blu-ray, DVD, and Digital HD this week.

While the other titles in the reboot series featured different time periods (the 60s,70s,80s), this one seems to break the mold and is set in an unexplained time period that follows the end of X-Men: Apocalypse. At this point, the X-Men are no longer seen as a threat to the world, but a beacon of light that helps out humanity when they need them the most.  One of these occasions is the catalyst to this film as a  United States space shuttle is in trouble in Earth's orbit and the X-Men are called upon save the crew. During the process, Jean Grey (Sophie Turner, Game of Thrones) is accidentally subjected to a solar flare that gets absorbed into her body. One she returns with the others to Earth, she is no longer the same Jean that everyone knows and loves, but something darker.

Returning for this final film are the stars of the previous X-Men reboot films including, James McAvoy (It Chapter 2), Michael Fassbender (Alien: Covenant), Jennifer Lawrence (Red Sparrow), Nicholas Hoult (Tolkien), Tye Sheridan (Ready Player One), and Alexandra Shipp (Shaft), just to name a few. They all respectively play their roles well, which is to be expected since they have lived with the characters for a while now. The true new character is the villain called Vuk played by Jessica Chastain (It Chapter 2). While Chastain is an amazing actor, she seemed to be walking through this role, and honestly made a very forgettable character. Also joining the cast is  Turner who is excellent playing the conflicted and tortured lead role.

Unfortunately, audiences didn't connect with Dark Phoenix when it was released in theaters this year. Some blamed the pushing back of the releases date a couple of times (which is always a bad sign for films), or poor marketing, or even that the release took place too close to the Disney/20th Century Fox merger. However, the film was not as bad as most of the press it has gotten since that time. It is a very nice endnote to the X-Men series and much better done than the horrible X-Men: The Last Stand imagining of the Dark Phoenix saga. Director/writer/producer Simon Kinberg (355) does a very good job in his directorial debut.

Presented in its original aspect ratio 2.39:1 Dark Phoenix is encoded in H.265 with the HDR10+ format. The details are incredible and while the story, not special effects, is the main focus of the film, the special effects do not disappoint in their presentation. They are as good as ever and accentuated by the excellent video quality in 4K. The Dolby Atmos soundtrack truly packs a punch enveloping the viewer from all sides in an immense assault of the ears.  Dialogue is clean and explosions and fight scenes are sharp.

Twentieth Century Fox went out of their way to give X-Men fans more than just fluff with the special features contained in this combo pack. They include Deleted Scenes, Rise of the Phoenix: The Making of Dark Phoenix (an hour and 20 min making-of documentary), Scene Breakdown: The 5th Avenue Sequence, and How to Fly Your Jet to Space with Beast.

While the theatrical box-office of Dark Phoenix wasn't the best outing in the X-Men series, it provides a nice coda to the ending of X-Men: Apocalypse and ends the series on an interesting note as the rights now move over to the Disney Company for any future releases (and most likely a new cast).

For more information about Dark Phoenix visit the FlickDirect Movie Database. This release has been provided to FlickDirect for review purposes. For more reviews by Nathan M Rose please click here.

Allison Rose
Dark Phoenix's special effects were extremely well done especially on the mutants as even the smallest details were ascertainable to the naked eye.
Full Review | Grade: B 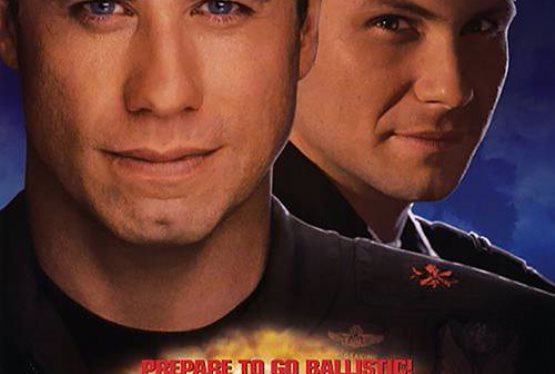