There are so many things right with this film from Shane Black’s writing and directing to a top notch cast.

Purchase   DVD/Blu-ray/4K UHD
If you are a fan of Shane Black's work, then you know he tends to combine action with comedy in his films.  You need to look no further than the Lethal Weapon series to see his genius put on display in those four funny, and entertaining, films.  Black has once again intertwined the laughs with action, suspense and intrigue to create another great film that shows off his talent.  The Nice Guys, starring Ryan Gosling (The Notebook) and Russell Crowe (Gladiator), is in stores today on Blu-ray, DVD and UltraViolet.

There are so many things right with this film, from Black's writing and directing to a top notch cast.  Gosling and Crowe are a great team who make all their scenes seem effortless.  Casting them was, once again, Black's genius at work.  Maybe even more genius was getting Angourie Rice (Coping) to play March's daughter, Holly.  Rice is a scene stealer, for sure, and goes toe to toe with the veteran actors.

The Blu-ray is encoded in 1080p AVC with an outstanding picture. Blacks are spot on, details are sharp and crisp, and the 70's color palette chosen for the film truly shines through. The audio encoded in lossless DTS-HD MA is on par with most releases these days. At times, the dialog is a bit muted; however, the action scenes truly give your home theater sound system a work out.

The Blu-ray only offers two extras that are both fairly disappointing.  Always Bet on Black is basically a love letter to Shane Black with cast and crew gushing over his many talents as a writer and Director.  While deserved, one can't help but wonder if Black simply didn't just put the featurette on the disk in order to boost his own ego.  The second one is a six minute behind the scenes look at the making The Nice Guys called Worst. Detectives. Ever. Making The Nice Guys.  In it, Black and the cast discuss each other, their characters and the intricacies of filming the fight scenes.  Neither extra is very long or earth shattering, so feel free to skip them.

Shane Black is once again on top of his game and proves why he is a Hollywood powerhouse. With a great cast, an interesting plot, and a unique eye for detail, he manages to take a movie set in the 70s and make it appealing for 2016.

For more information about The Nice Guys visit the FlickDirect Movie Database. This release has been provided to FlickDirect for review purposes. For more reviews by Nathan M Rose please click here.

Allison Rose
While not as strong, or cohesive, as Kiss Kiss Bang Bang, The Nice Guys is still a humorous film with a multi-layered plot underneath.
Full Review | Grade: A 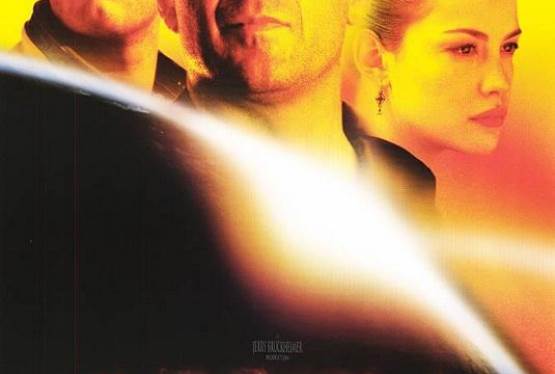