Home / Reviews / Ben is Back

Hedges has been a star since his first role and he has had career making performances in some of the best films of 2017 and 2018 alongside some of Hollywood’s biggest names. 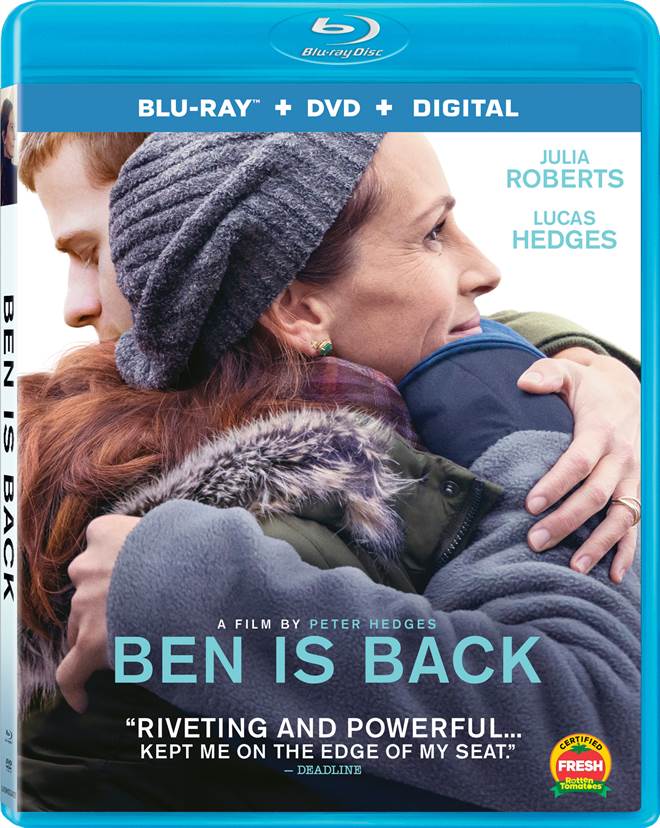 Purchase   DVD/Blu-ray/4K UHD
On average, there are over 20 million drug addicts in the United States with over one million of them being teenagers.  Over 70,000 people in America will die of a drug overdose this year. Drug addiction seems to touch almost every person in this country in one way or another.  It ruins relationships and rips families apart.  It has been the subject of countless books, television shows, and movies and in 2018 we saw two more film tackle this difficult subject.   One of those movies, Ben is back, premiered at the Toronto International Film Festival and received critical praise.

As Holly Burns (Julia Roberts; Erin Brockovich) pulls into her driveway on Christmas Eve, she stares into the face of her son Ben (Lucas Hedges; Manchester by the Sea).  The shock makes way to elation as her son is home for Christmas…but he isn't supposed to be.  Ben is in rehab but tells them his sponsor said it was ok for him to come home for one day so he hitched a ride with someone to surprise the family.  As the rest of the family is suspect (well Holly too if she is being honest) this is a very guarded homecoming.  However, he is allowed to stay under certain conditions – 1) he must pass a drug test and 2) he can't leave Holly's sight for the next 24 hours.

Ben asks Holly to take him to the mall to buy Christmas presents for his younger siblings but once there he makes eye contact an old friend but is clearly shaken.  Later that night as the family returns from church they find the house has been broken into and their dog is missing.  After inquiring Ben finds out that a drug dealer he used to work for, Clayton (Michael Esper; Trust), has the dog and will only return it if Ben does one last drug deal for him.  As Holly frantically searches for Ben, he does what Clayton asks and as a reward, Clayton gives back the dog and some drugs as well.  Holly manages to find Ben but not before he falls off the wagon, again.

Roberts reminds us why she previously won an Oscar as her performance as a frazzled and worried mother is layered and nuanced.  We see her go from extreme elation to seeing Ben home to almost half-crazed as she searches for him when he manages to elude her and does what Clayton asks.  Hedges has been a star since his first role and he has had a career-making performance in some of the best films of 2017 and 2018 alongside some of Hollywood's biggest names.  The supporting cast is all good with a special mention to Kathryn Newton (Big Little Lies) as Ben's sister Ivy.

The 1080p video quality of the film is very good with little graininess despite the overly blue tones of the wintery scenes. The DTS-HD Master Audio 5.1 solid though there is little in the way of special effects other than some ambient noise.  The dialogue sits comfortably in the center channel and is heard clearly.  The Blu-ray disc houses the extras, which are severely lacking here.  They include audio commentary with Director Peter Hedges (yes, Lucas' dad), theatrical trailers, and an image gallery.

Unfortunately, this subject matter is still incredibly relevant today and this is an honest portrayal of a young man and his family in distress.  Hedges and Roberts have good on-screen chemistry, which makes the characters believable and breaks your heart just a little.  The storyline is good and has a nice flow and the fil will stay with you even after the credits roll.

For more information about Ben is Back visit the FlickDirect Movie Database. This release has been provided to FlickDirect for review purposes. For more reviews by Allison Rose please click here. 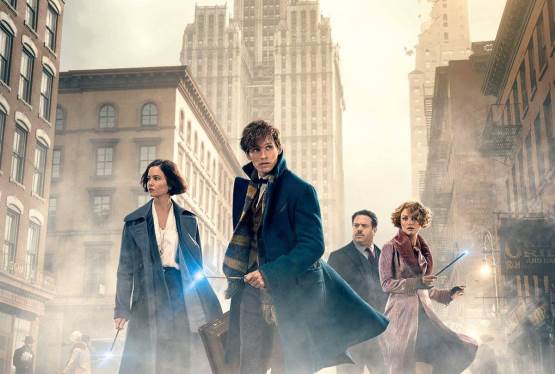