Downton Abbey It's everything that a true fan of the series loves! 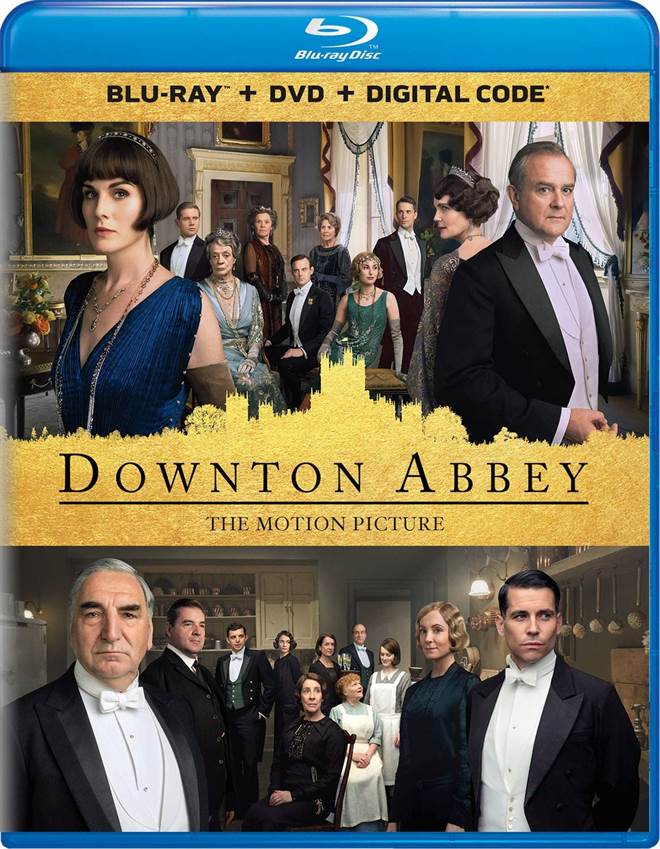 Purchase   DVD/Blu-ray/4K UHD
In 2011, Julian Fellows' Downton Abbey splashed onto the PBS scene. Maybe, at first, that doesn't sound all that exciting but the millions of fans of the series will tell you otherwise. We meet the Crawley family in 1912, the day after the sinking of the Titanic. We see the family through all the trials (literally) and tribulations of being an aristocratic family in England during a time of major socio-economic upheaval. The series ended in 2015, and, ever since, rumors swirled around that a film was to follow. Finally, all Downton fans got their wish and the film was released in September 2019. Now, you can relive all the drama with the release of the Downton Abbey Blu-ray.

We return to Downton Abbey in 1927, about two years after the series' timeline ends. The film opens with the tracking of a special letter that is en route to Lord Grantham (Hugh Bonneville; Paddington). He opens the letter while eating breakfast, announcing that they will be visited by the King and Queen of England during their tour of the Yorkshire countryside. Everyone is, of course, excited and nervous about the visit and go into "prep" mode. Their excitement gets cut short, however, after they learn that they will be expected to stay in the background and not participate in the serving of the King and Queen - the royals have their own staff that will take over the duties of the house. This does not go over well with the staff and they concoct a scheme to make sure that they receive the honor of serving their King and Queen and that their highnesses know that Downton Abbey is taken care of by a proud and capable staff. Their plan ultimately works, but not without some minor hiccups.

The cast, even with it being so incredibly large, all work together in unison and give you the feeling that, similarly, those "upstairs" and "downstairs" all work together in the household to keep it going and make it the great house we all see. The film is full of the kind of low-key laughs that we have come to love, as well as the plot twists and drama we all expect. There are also some really touching moments that draw you in and pull on your heartstrings. It's everything that a true fan of the series loves! We also get to see more AMAZING clothing, which is something I really love about this franchise.

The 1080p video resolution is what you would expect from a Blu-ray with little artifacting to be seen.  The color pallet, while mostly sedate, does offer a wonderful blend of hues.  I only wish there had been a 4K version as I'm sure every minute detail (i.e. the clothes) would be sharp and clean.  The DTS-HD master audio fairs slightly better with crisp dialogue and an incredibly orchestrated soundtrack.  The sounds envelop the viewer and whisks them away into the world of Downton Abbey.

Special features of this release include:Like a lot of fans, I could watch endless hours of this franchise and am looking forward to another film. There wasn't one thing that I could find fault in and really loved that it just felt like another episode - although extended a bit. I also love that this is a great film that you can enjoy with any age group in your family.

For more information about Downton Abbey visit the FlickDirect Movie Database. This release has been provided to FlickDirect for review purposes. For more reviews by Maureen Buccellato please click here.

Alyn Darnay
Downton Abbey is simply a great film experience. See it on the big screen or you’ll miss the sweep of its grandeur.
Full Review | Grade: A