If you are a fan of detective stories, Motherless Brooklyn should be right up your alley. 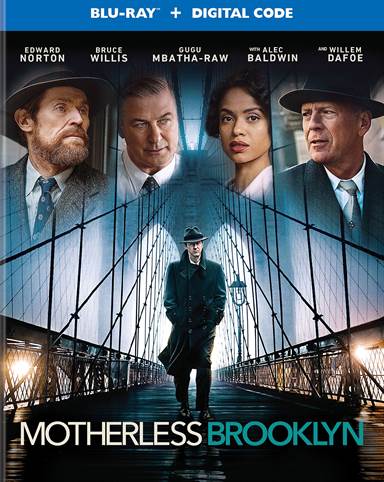 From the time Edward Norton (Primal Fear) first read Jonathan Lethem's 1999 novel, Motherless Brooklyn, he knew he wanted to adapt it into a feature film.  However, it would be another nineteen years before the film actually got made.  With Norton starring in, writing and directing the film, it truly became a labor of love for him. He also assembled an all-star cast that made his vision come to life.  With a film noir feel and a good old fashioned detective tale, Motherless Brooklyn, is reminiscent of The Usual Suspects. Fans of the genre will certainly enjoy Norton's take on it.

Frank Minna (Bruce Willis; Die Hard) was a private investigator during the time of political corruption in 1950's New York.  He had several people working for him but none smarter than Tourette's syndrome afflicted Lionel Essrog (Norton).  When Minna is gunned down and dies and Essrog's arms, Lionel vows to find out why he was killed.  With little to go on, Essrog digs into the "big deal" Minna was working on before he was shot.  Remembering the conversation Essrog overheard Minna having, he puts together some clues that lead him to a Harlem Jazz Club.  Essrog realizes that the deal Minna was working on had something to with an African American by the name of Laura Rose (Gugu Mbatha-Raw; Beauty and the Beast).

Rose works for Gabby Horowitz (Cherry Jones; The Perfect Storm) who is fighting Urban renewal which is being overseen by Moses Randolph (Alec Baldwin; It's Complicated).  Randolph is a crooked politician who is systematically pushing out the underprivileged so he can build highways and upscale apartments.  Still, Essrog can't seem to figure out what Laura Rose has to do with all of this until he finds some documents That Minna hid in a locker at the bus station.  Suddenly he discovers that this is bigger than simply fighting urban development.

Norton has always been known as a first-class actor and his portrayal of Essrog is no exception.  Playing a person who suddenly breaks out in uncontrollable fits and twitches is not an easy feat but to also juggle the roles of director and producer while acting is generally an unenviable task.  My only criticism of Norton is his ability to self-edit.  This film could have been 20 minutes shorter without losing any of the details or plot.  Willis is terrific, Baldwin is so good he should be teaching master classes on acting and Willem Dafoe (The Lighthouse), always the consummate actor, fits in well with the rest of the cast.

The film benefits from the 1080p high definition resolution as details are sharp and lean.  The production design in particular benefits from this excellent quality with the sets, and costumes coming across as authentic to the timeframe.  The DTS-HD Master audio 5.1 also offers some great ambient sounds and crisp dialogue.  The fantastic sound track is a highlight regardless of whether or not you are a fan of jazz music.  Besides Norton's audio commentary, there are only two other extras totaling fifteen minutes.  There are deleted scenes and a look into the production which comes across mostly as a love letter to Norton.

If you are a fan of detective stories, Motherless Brooklyn should be right up your alley.  While the script takes poetic license with the source material and, as mentioned previously, it's too long, the fantastic cast makes up for most of the movie's shortcomings.  Norton shows great promise as a director with his sophomore project and it will be interesting to see what he takes on next.

Download Motherless Brooklyn in Digital HD/4K from the iTunes store.

Listen to the Motherless Brooklyn soundtrack on Apple Music. 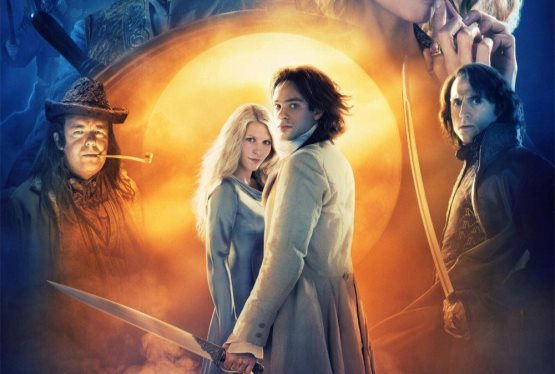