Winger... shines, stealing every scene she is in. She overshadows Travolta, which is usually extremely difficult to do. In the late 1970's John Travolta (Pulp Fiction) was riding high in Hollywood.  He was part of a successful television show, Welcome Back, Kotter, and proved he could handle leading man status as Tony Manero in Saturday Night Fever and Danny in the film adaptation of the musical, Grease.  In 1980, he decided to star in another movie called Urban Cowboy, trading his polyester, white suit for a cowboy hat, and flannel shirts.  While the movie had moderate success – more so with fans than with critics- it was not one of Travolta's defining roles.  However, since it has been 40 years since the movie was originally released, Paramount Pictures has decided to release a 40th-anniversary edition on Blu-ray.

Bud (Travolta) grew up in Spur, Texas but decided to move to Houston to find a job in an oil refinery.  His goal was to save up enough money to eventually move back to Spur and buy some land for himself.  He stays with his Uncle Bob (No Country for Old Men) who helps get him a job at the oil refinery and takes him to the local honkytonk called Gillies.  At the club, Bud meets Sissy (Debra Winger; An Officer and a Gentleman) and they soon fall in love.

After a nasty fight, where bud slaps Sissy, he drags her into the pickup truck and asks her if she wants to get married.  However, wedded bliss lasts less than a month when Sissy, against Bud's "orders", learns to ride a mechanical bull, taking lessons from an ex-convict named Wes (Scott Glenn; The Hunt For Red October).  Bud kicks Sissy out of the trailer home they share and goes hunting for another woman to take to bed, finding Pam (Madolyn Smith; All of Me).  Meanwhile, Sissy, with nowhere else to go, ends up with Wes.  This love/hate relationship then goes on for the latter half of the movie.

Travolta is obviously the headline star of the movie but honestly, while his performance is pretty good, Bud is an incredibly unlikeable guy, which is a big turn off (at least for me).  Hispanic culture has a word for this behavior – Machismo- and Bud has it in spades, walking around everywhere like his crap doesn't stink while hiding his insecurities.  The character is similar to Manero but not nearly as endearing.  Winger, on the other hand, shines, stealing every scene she is in.  She overshadows Travolta, which is usually extremely difficult to do.

The 1080p video quality certainly is an improvement from previous editions of this film but there are moments of graininess and sometimes the blacks are too deep.  The DTS-HD Master Audio 5.1 fairs better and showcases the soundtrack full of Country hits from the 1970s.  The mix of music and chatter in the scenes at Gilly's aren't overpowering and the dialogue is mainly upfront and center.  There are only four extras on the Blu-ray and only one of those is recent.  They include: Good Times With Gilley: Looking Back at Urban Cowboy, Deleted Scenes, Outtakes, and Rehearsal Footage.  The first and the last are the two best extras but the others are short so you might as well watch them too.

Dubbed "Saturday Night Fever" Country style, the description isn't too far off but Urban Cowboy isn't nearly as dramatic or interesting as its disco predecessor.  It isn't a bad film, it just isn't a great one and we have seen Travolta do better.  However, Winger really jump-started her career with this role and it's easy to see why.  If you own Saturday Night Fever and Grease then you should definitely add Urban Cowboy to your Travolta collection.  If you love honkytonks and country music this movie is also for you.  There certainly are reasons to buy this Blu-ray so grab your copy today.

Purchase your copy of Urban Cowboy today at

Download Urban Cowboy from the iTunes Store in Digial HD. 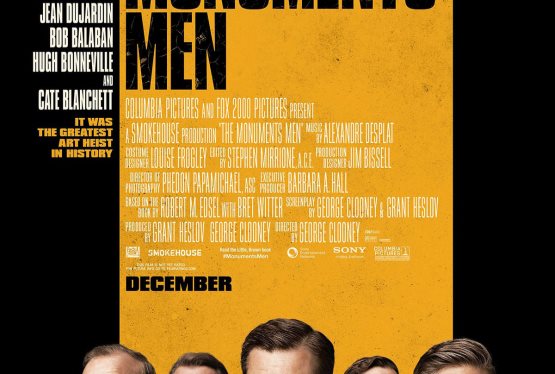