Having been nominated for six Oscars and winning four of them, there is no arguing that Ordinary People is a fantastic film, and the cast is phenomenal. 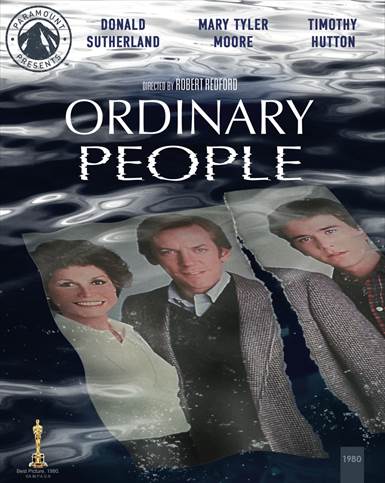 The year was 1980.  It was the start of a new decade; one filled with promise and excitement.  It was a year full of some of the best movies around.  Comedies like Airplane and Caddyshack were making audiences laugh while "the little film that could - Star Wars: Episode IV" was breaking box office records with its sequel, The Empire Strikes Back.  In September of that same year, Robert Redford (All the President's Men) made his directorial debut with an adaptation of the 1976 novel, Ordinary People.  The movie, which garnered critical acclaim and box office success, eventually went on to win four Academy Awards, including best picture.  As part of its ongoing series, Paramount Presents has restored the film and has made it available for purchase.

Calvin (Donald Sutherland; The Hunger Games Films), Beth (Mary Tyler Moore; The Mary Tyler Moore Show), and Jarrett live with their son, Conrad (Timothy Hutton; Playing God) in an affluent suburb outside of Chicago.    By all outward appearances, they seem to be a normal, loving family but behind closed doors, they are falling apart.  Calvin and Beth are dealing with the loss of their older son in a boating accident, while Conrad, who survived, blames himself for his brother's death.  Unable to deal with his loss and survivor's guilt, Conrad tries to kill himself but ends up in a psychiatric hospital for four months.  Upon returning home, Beth is cold and distant to him when all he wants is the love she cannot give him.

Besides Sutherland, Moore, and Hutton, the cast also includes Judd Hirsch (Independence Day) who plays Conrad's psychiatrist, Dr. Berger.  Amongst the four of them it is difficult to decide who does the best job.  One performance is better than the next and all of them should have been nominated for Oscars (Sutherland wasn't nominated in what many feel is one of the biggest Oscar snubs ever).  Hutton ended up winning the Best Supporting Actor trophy and the movie won an additional three Oscars.  The casting was so well done that I think it would have been a different film if even one of the four had been replaced by someone else.

Redford proved he was a lot more than just a pretty face with Ordinary People.  As a first-time director, he was praised for his visuals and won the Academy Award for Best Director.  He infused the film and his cast with an uneasy feeling that made for several tense moments throughout the movie and probably made the audience uncomfortable. Yet, at the same time, the story is so well done the viewer can't help but become engaged.

The restoration, overseen by Redford, makes a difference in the video quality.  The 1080p resolution is an upgrade that fortunately removes some of the graininess that is typically inherent with somewhat older films.  The details in the fabrics of the clothing are sharp but the color palette is muted so we don't see much "pop" even in the brighter hues.

The Dolby TrueHD 2.0 Mono audio is merely decent.  Ambient noise is not easily apparent, and the overall sound of the dialogue and the soundtrack is flat.  While I have no doubts it is an improvement over previous releases (can you say VHS?), it isn't a "wow" factor in this release.

As with all Paramount Presents releases, the packaging has a fold-out that reveals the original poster, and the inside case liner is a collage of certain moments from the movie.  There is a new extra to enjoy which has Hutton speaking about the experience of making Ordinary People as well as two older pieces. The extras are Swimming in the Rose Garden, Feeling is Not Selective, and the Theatrical Trailer.

Having been nominated for six Oscars and winning four of them, there is no arguing that Ordinary People is a fantastic film, and the cast is phenomenal. Of course, when Paramount adds the latest technology, the outcome is a Blu-ray worth keeping.

For more information about Ordinary People visit the FlickDirect Movie Database. This release has been provided to FlickDirect for review purposes. For more reviews by Allison Rose please click here. 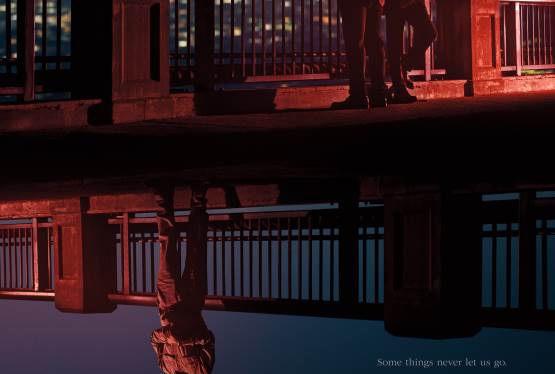 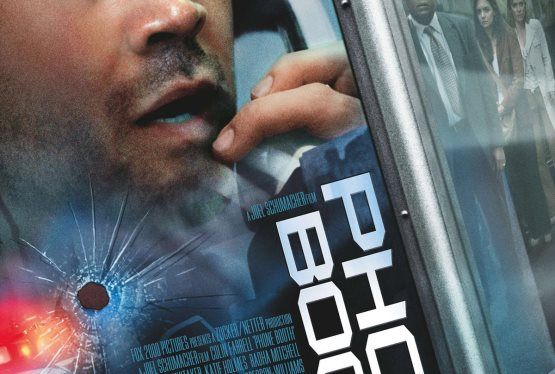