Home / Reviews / It's a Wonderful Life

If "It's a Wonderful Life" is part of your annual holiday viewing tradition you will definitely want to invest in the Digital HD download as you won’t be disappointed. 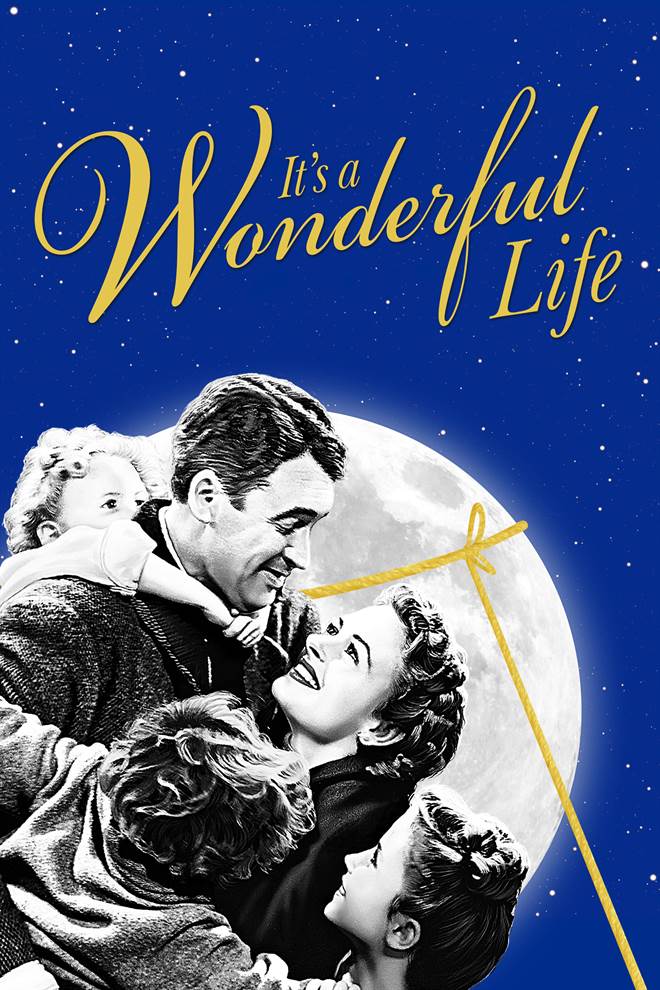 The holiday season really is a magical time of the year.  With beautiful lights and gifts and a feeling of warmth and festivity, one can feel how lucky and grateful most of us are.  It is a time for sharing and spending time with family and friends, gathering for meals and traditions.  Some of these traditions include watching a favorite holiday movie together including ones like Home Alone, Die Hard, Miracle on 34th Street and It's a Wonderful Life.

The latter is a tale of despair and hopelessness that turns into something so much more.  It restores one's faith in humanity and offers a feeling of love to anyone who watches it.  With all the latest technology it was only a matter of time before this classic film was updated and it has finally happened.  For your viewing pleasure, a fully restored It's A Wonderful Life is now available on Digital 4K Ultra HD - just in time for the holidays!

George Bailey (James Stewart; Mr. Smith Goes To Washington) has always had grand dreams to leave Bedford Falls and travel the world.  However, his plans are sidetracked when his Father unexpectedly passes away and then his brother goes off to college.  Never having wanted a 9-5 office job, he finds himself in just that predicament.  He has taken over the Bailey Bros. Building and Loan company after his dad's passing marries Mary Hatch (Donna Reed; From Here to Eternity) and has a family.  He has also never made a lot of money but has helped out numerous members of the community, much to the chagrin of Henry F. Potter (Lionel Barrymore; You Can't Take It With You).

Potter is Bailey's rival and a ruthless man who is always trying to find a way to put George out of business.  When George's Uncle Billy (Thomas MItchell; Stagecoach) accidentally loses the $8,000 deposit, ironically on the same day the bank auditor comes,  George finds he is a wanted man and destined to head to jail for fraud.  With no way out he contemplates suicide - that is until an angel second class, Clarence (Henry Travers; Shadow of a Doubt), comes to earth to try and save George.  When George wishes he had never been born, Clarance grants that wish and George gets to see what life would have been like without him.  Realizing the difference he has made in people's lives, George no longer wants to die and returns home to find those he had helped have returned the favor.

It's A Wonderful Life is a magnificent film with a heartwarming message that makes the viewer realize the significant impact they have on other people's lives.  It stars a very talented group of actors led by Stewart and Reed and is directed by the legendary filmmaker Frank Capra (Mr. Smith Goes To Washington) who tells the story seamlessly.  He draws the audience in from the start and keeps them engaged for two hours.

The 4k restoration is truly an excellent upgrade.  The picture quality is noticeably clearer and cleaner and the sharpness enhances the viewing experience.  Paramount Pictures spent over a year restoring this film and it is definitely worth their efforts as gray and black tomes are more distinct which is always important in black-and-white film. The download also offers over an hour and a half of extras.  Features discuss the restoration process, show the wrap party, a making-of hosted by Tom Bosley, and a look at the film hosted by Frank Capra Jr..  The most interesting one is a colorized version of the film.  I do have mixed feelings about this version though because while looks very good and adds a new dimension to the film, the movie was made in Black and white and there is something to be said for the original person

If this movie is part of your annual holiday viewing tradition you will definitely want to invest in the Digital HD download as you won't be disappointed,  If it isn't...1) shame on you and 2) you will want to make it one this year going forward as soon as you get the  Digital HD.

For more information about It's a Wonderful Life visit the FlickDirect Movie Database. This release has been provided to FlickDirect for review purposes. For more reviews by Allison Rose please click here.

It's a Wonderful Life images are © RKO Radio Pictures. All Rights Reserved.