Internship Is A fun film with a lot of heart. DVD/Blu-ray/4K UHD
The comedies are starting to invade movie theaters this summer, some raunchy others just for fun and The Internship fits into the latter genre of a good old fashion laugher.  With two of my favorite comedians teaming up for the first time since Wedding Crashers, this little ditty had me in stitches most of the time.  If you like wacky comedies that have a lot of heart, then check in on Billy and Nick showing how they get caught up in your browser.

The plot centers on best friends Billy (Vince Vaughn) and Nick (Owen Wilson) a couple of smooth talking salesmen who find themselves out of work when the Chronoshock Watch Company goes out of business.  Nick gets a little luck and finds a job at the behest of his sister at a mattress store run by her boyfriend.  Trying to fit into the company's cheap tactics, Nick has some misgivings about his new found workplace yet knows he needs the income to be on his own.

Billy on the other hand has found an opportunity for the two of them, the possibility of an internship that will lead to a job at Google.  Nick has a lot of apprehension at his age about leaving his newfound job for a near impossible chance of getting into one of the largest tech companies on the planet. Billy using a high powered sales pitch finally convinces Nick to do the interview.  When they get accepted into the program, see what they're dealing with and have to face challenges against some of the most brilliant young college graduates, a test of mind versus mettle begins.

Both actors Vaughn and Wilson fall into my top comedy category and have provided me with a lot of laughs over the years.  The two of them work together in one of the best comedies ever Wedding Crashers where the humor chemistry between the two goes through the roof.  When you meet their Nick and Billy you already know how these two characters are going to flesh out and for me its Wedding Crashers part 2. In The Internship it's like they never stopped being friends except here we find them in a different situation of losing their jobs.

Bringing the two together again after 8 years director Shawn Levy (Real Steel, Night at the Museum) highlights their best comedic strengths used in their previous buddy film. It's John and Jeremy being forceful moving in on an opportunity each weekend by crashing weddings, only this time they're Nick and Billy dabbling in the internet where their knowledge is thin, but their persuasive ability still shines.  Levy lets the two actors do their thing and smartly gets a lot of laughs combined with heart.  He sets up his audience with a nice introduction to Nick and Billy then creates a situation that's unrealistic.  He takes the two out of their normal element and shows how fortitude, a lot of charm and never say die attitude win over most any obstacle.

Filmed partly at Google and on a set at Georgia Tech University in Atlanta, the film gives a magical feel that the plot is really taking place at the home office in San Francisco with its two story slide, free eats and high tech offices.  The essence of the interns at the major internet browser gets an overhaul, but Levy's actors do a good job of fitting into their roles.  The world of Google with its strange language and terms, openly friendly atmosphere, yet down to business work standards are nicely absorbed by the production providing a fine platform for director Levy's very funny comedy. Take a look at the real Google before or after the movie and see how realistic looking a movie can be: http://www.bing.com/images/search?q=google+home+office+pictures&qpvt=google+home+office+pictures&FORM=IGRE.

The Internship has been rated PG-13 by the MPAA for sexuality, some crude humor, partying and language.

FINAL ANALYSIS:  A fun film with a lot of heart. (B)

Purchase your copy of The Internship today at

Download The Internship from the iTunes Store in Digial HD.

For more information about The Internship visit the FlickDirect Movie Database.

Read More Reviews For The Internship 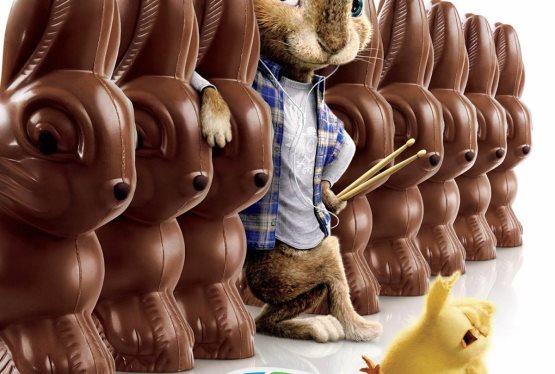