From driving techno beats to old school ‘80s songs, the music is a great-added element and helps get the audience in a party mood. 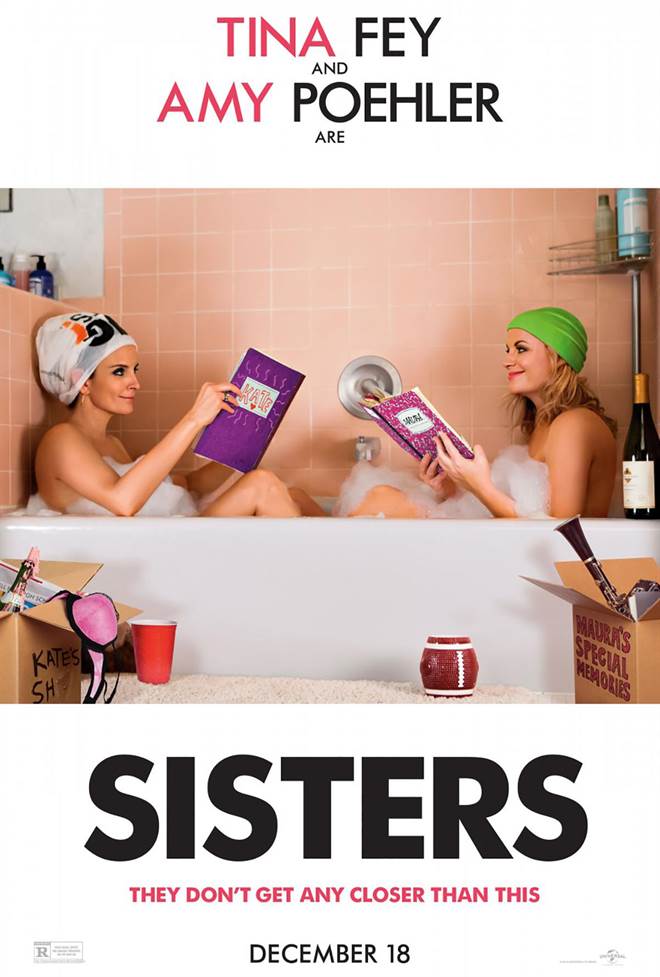 Purchase   DVD/Blu-ray/4K UHD
Tina Fey (30 Rock) and Amy Poehler (Parks and Recreation) are pure comedy gold.  Practically everything they touch turns out to be a success and their latest collaboration, Sisters, is no different.  These two women can rival the best comedy duos of all time, and seeing them together on the big screen is a treat no one should miss.

Fey and Poehler play sisters Kate and Maura Ellis.  Kate has always been the "wild child" who hasn't learned to be responsible and Maura is the good girl who has always taken care of everyone else.  When they return to their childhood home to pack up before their parents sell it, they decide to throw one last epic party.

As I alluded to earlier, Fey and Poehler are a comedic force to be reckoned with and there are plenty of laughs to be had in this film. I will admit it does start off a little slow and most of the jokes and hijinks tend to be a bit sophomoric, but the overall effect is a solid film rivaling many of today's comedies including Happy Gilmore, Bridesmaids and Ted.  Once the party gets started, the laughs don't stop and one truly memorable scene involving a musical ballerina statue is pure potty humor genius.

The supporting cast do their part to make Poehler and Fey shine.  James Brolin (Life in Pieces) and Dianne Wiest (Life in Pieces) are terrific as Kate and Maura's parents who are finally enjoying their retirement.  Maya Rudolph (Bridesmaids) is Kate's arch nemesis that you love to hate, but really just longs to fit in.  John Leguizamo (Ride Along) helps fill in the comedic gaps and notable smaller players John Cena (Trainwreck) and Bobby Moynihan (Inside Out) deliver the few moments they have on screen beautifully and leave memorable impressions.

Seeing as much of the movie takes place during a wild house party, the music lends a hand to set the tone and feel of the film.  From driving techno beats to old school ‘80s songs, the music is a great-added element and helps get the audience in a party mood.

As one moviegoer observed, Sisters is this year's Animal House, and while I might not quite agree with that assessment, it is a descriptive way to help people understand the type of movie they are going to see. It has good acting, fun songs, hilarious moments and two women who know how to make successful films.  It's a recipe for a lighthearted film about growing up while learning not to take life too seriously.

Sisters is the perfect "girls night out" movie to see while relaxing this holiday season.  Anyone looking for a good laugh should go see it.

Download Sisters in Digital HD/4K from the iTunes store.