With the young cast Spider-Man: Homecoming, it is certainly geared to appeal to a tween/teen audience... Perhaps Marvel is finally trying to lighten things up a bit and if so, this was a good start and paves the way to an already announced sequel. 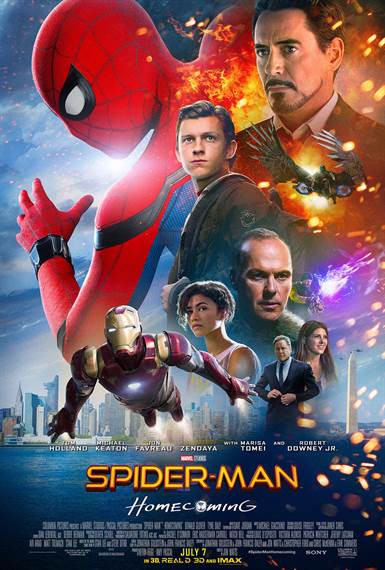 Purchase   DVD/Blu-ray/4K UHD
Spider-Man made his debut in Marvel comics 55 years ago as a sidekick to the protagonist. He was a lonely teen who, like most kids his age, suffered anxiety and inadequacy.  He became so popular there have been a number of comic books, merchandise, movies and television shows focused solely on him.  In more recent years, we have had the movie series starring Tobey Maguire (Pleasantville) and 2012's The Amazing Spider-Man and its 2014 Sequel starring Andrew Garfield (The Social Network).  While those were both seemingly more mature Spider-Man portrayals, this time around we have a younger version played by Tom Holland (The Lost City of Z) in Spider-Man: Homecoming.

When we meet young Peter Parker/Spider-Man he has already been bitten by his fateful spider, has powers and helped the Avengers.  He is also a High School sophomore in the band and on the debate team.  No one knows about his secret life, not even his best friend Ned (Jacob Batalon; North Wood), as he tells everyone he has an "internship" with Stark Enterprises. Really all he does is patrol his local neighborhood looking for bad guys and waiting for the day he once again gets called up to help Iron Man and the Avengers.

When Spidey suddenly discovers that there is an arms dealer in his neighborhood selling high-tech weaponry, he tries telling Iron Man but gets shut down at every turn.  He then takes matters into his own hands, gets caught up in a mess of trouble and accidentally splits a Staten Island Ferry in half, requiring Iron Man to come to the rescue and stripping Spider-Man of the cool new spider suit Stark gave him.  And all the while he tries to navigate the everyday trials and tribulations of high school and the homecoming dance.

Holland was a smart choice for Peter as he embodies that sense of high school geek with a small undercurrent of coolness sitting buried below the surface.  He is the typical dorky guy in high school who later goes off to college and comes home for summer break having grown muscles and better looking than he ever was in high school (we all know someone like that!). Michael Keaton (Spotlight) is on fire lately in his film roles and this is no different.  He plays the villain in this film and he does a convincing job of it.  Zendaya, (Shake it up!), for all the controversy her casting caused, is well suited to this role as she makes MJ a little tougher and more of a loner than past films have portrayed her to be.

The graphics are pretty good for the most part, but there were a few times I rolled my eyes as they looked terribly fake.  I also didn't need the "Spider-Man swings in front of the camera" shot as often as it occurred in this film, and my main complaint is the same complaint I have about every Marvel movie… it's too long.  They could have cut the film down by easily 10-15 minutes and not lose any content of value.  There was also too much "Iron Man" in Spidey's suit, with all the gadgets Iron Man enjoys in his.  For purists, this will be a sour note in an otherwise solid film.

The script is a winner though, with humor strewn throughout the film. It seems the writers made a concerted effort to bring some laughs and it works.  The movie was enjoyable and most definitely fun.  With the young cast and feel of the film, it is certainly geared to appeal to a tween/teen audience along with the diehard adult Spider-Man fans. Also, be sure to stay through the credits for a fun end scene.

Perhaps Marvel is finally trying to lighten things up a bit and if so, this was a good start and paves the way to an already announced sequel.

Download Spider-Man: Homecoming in Digital HD/4K from the iTunes store.

Listen to the Spider-Man: Homecoming soundtrack on Apple Music.

For more information about Spider-Man: Homecoming visit the FlickDirect Movie Database. This release has been provided to FlickDirect for review purposes. For more reviews by Allison Rose please click here. 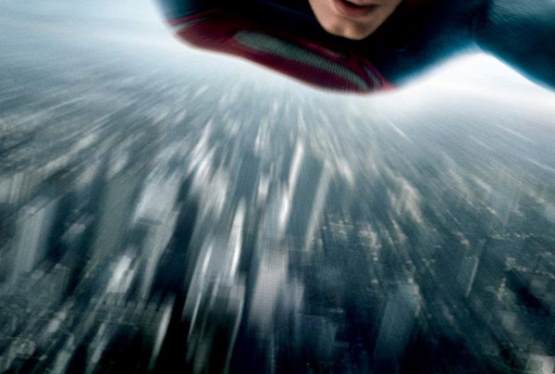