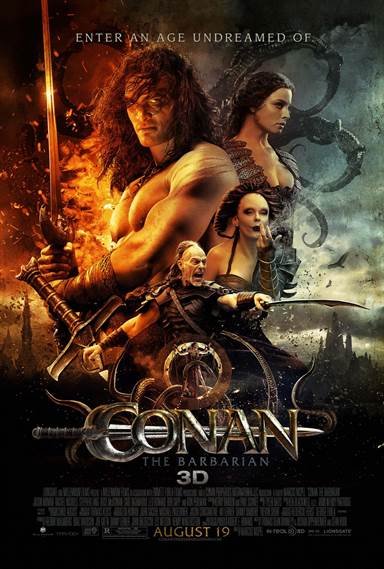 Purchase   DVD/Blu-ray/4K UHD
Hollywood has a way of reinventing things by rejuvenating characters and bringing them up to date with all the bells and whistles necessary to make it ‘fresh and new.'  This is the case of the film Conan the Barbarian where they have remade a classic adding all the CGI bells and whistles then throwing in some topless women for eye candy.  If you love a medieval action adventure that kicks butt, there's a thrill a minute in the ‘new' Conan the Barbarian.

The story takes place during the Hyborian Age where beastly men look for ways to become Gods.  After being sliced from his dieing mother's womb, Conan gets raised by Corin (Ron Pearlman) his father a strong man and protector of the village. The villagers arch nemesis a Cimmerian warrior Kahalar Zym (Stephen Lang) pays Corin's village a visit looking for the last piece of a magical mask that coupled with the blood of a descendent of the Sorcerers of Acheron will turn him into a God.  When Corin resists, Kahalar kills him and finds the last fragment. Filled with revenge Conan (Jason Momoa), now grown, starts his search to destroy the evil one.

The action is non-stop from the very beginning to its explosive ending.  In between Conan runs into extreme fighting against the protectors of Kahalar, a monster caged in a watery pit, and other devilish adversaries.  But the most incredible fight comes against the sand warriors that attack Conan with relentless energy while he's protecting the gorgeous sorcerer's descendent Tamara (Rachel Nichols) from capture.

Director Marcus Nispel uses every trick in his bag to make Conan realistic and comes up a winner.  His muscle-laden hero commands the screen with Nispel provided sets and Robert E. Howard's visceral story.  All of the hideous characters are masterpieces of graphic evil personified.  He offsets the macabre with his grubby slave nymphs and meager villagers making his scenes realistically barbaric.

The acting by Jason Momoa is really not bad, unlike Arnold Schwartzinegger at least you can understand what he says.  His muscular body mirrors much of what Arnold brought to the screen, but Momoa gets to add a bare butt for female viewers to buzz about.  Momoa's Conan shows a lot more agility, expressiveness and realism possibly due to the updated special effects and computer graphics.

Nicols gives a steamy performance in one scene that if it was her body for real comes close to a prurient stag show.  She and a bevy of slave girls show some extremely enchanting visual food for mature filmgoers.  Her acting isn't half bad also making Tamara a strong willed woman that doesn't back down from a good fight.

Conan the Barbarian is rated R for strong bloody violence, some sexuality and nudity.  Trust me when I say this is a HARD R and should only be viewed my very mature. The 3D that some theaters will offer does nothing to enhance the film and my recommendation is save the extra bucks.

Purchase a DVD/Blu-ray/4K UHD physical copy of Conan The Barbarian today at Amazon.com

Download Conan The Barbarian in Digital HD/4K from the iTunes store.

For more information about Conan The Barbarian visit the FlickDirect Movie Database. 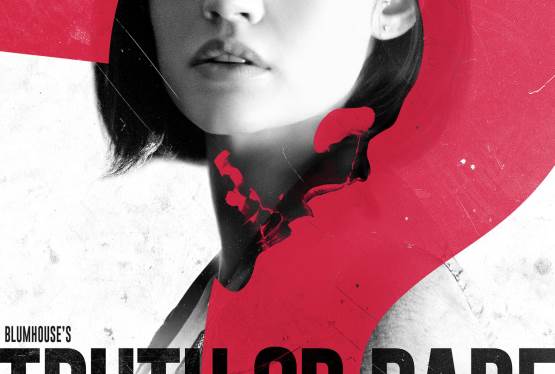