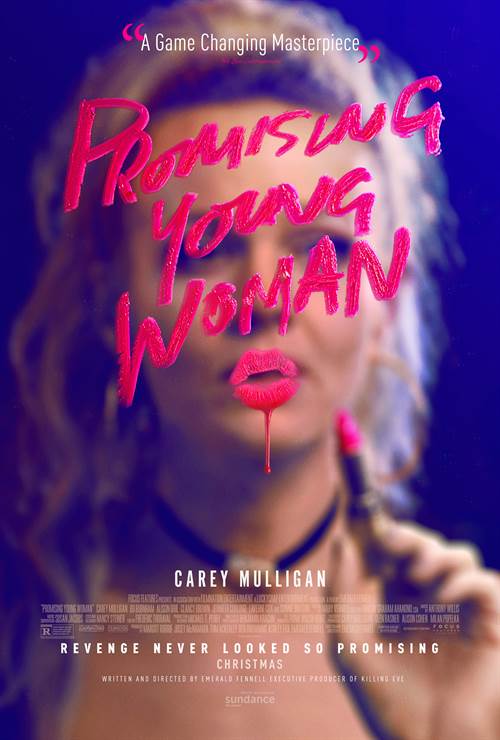 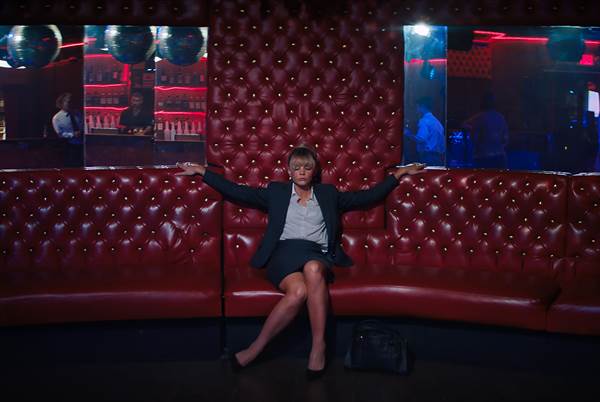 From visionary director, Emerald Fennell (Killing Eve) comes a delicious new take on revenge. Everyone said Cassie (Carey Mulligan) was a promising young woman... until a mysterious event abruptly derailed her future.  But nothing in Cassie’s life is what it appears to be: she’s wickedly smart, tantalizingly cunning, and she’s living a secret double life by night.  Now, an unexpected encounter is about to give Cassie a chance to right the wrongs of the past in this thrilling and wildly entertaining story.


Free College Screenings of Promising Young Woman Offered This Week  4/12/2021 1:44 PM EST
Focus Features, in a partnership with RAINN, the nation's largest anti-sexual violence organization, and Campus Circle, will be hosting free screenings of the five-time Academy Award®-nominated film PROMISING YOUNG WOMAN for college students on April 15th, 2021. "Sexual violence can affect not only the survivor but the people and communities around them. Promising Young Woman has sparked important...  More>>

Win Promising Young Woman On Blu-ray  3/12/2021 8:24 PM EST
Best friends are relationships to be cherished and celebrated but what happens when one of the friends has a traumatic experience?  What if they took their own life?  What if you could avenge them and those who wronged them?  Would you?  Would you be able to move on after your friend was gone?  PROMISING YOUNG WOMAN explores the lengths a person would go to in order to make things right and shows ...  More>> 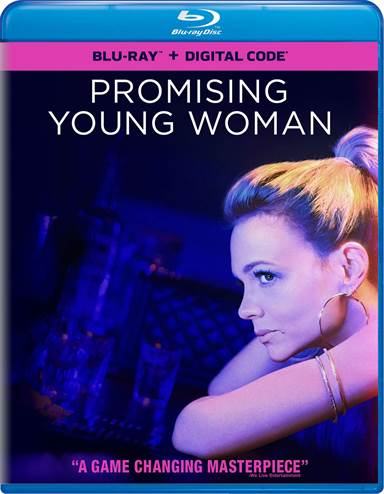 In the past few years, the country has been flooded with stories from individuals who have been sexually harassed and/or assaulted.  The #metoo movement has taken over social media and celebrities along with the average American have been sharing their stories with much less fear of victim shaming.  However, this country wasn't always so open or forward-thinking and as recent as eight or nine years ago it was still common practice for friends, family, law enforcement, strangers, etc. to inquire as to what the rape victim had done to provoke the aggressor. Promising Young Woman offers a solemn look into how many lives can be ruined by one incident.

Cassandra "Cassie" Thomas (Carey Mulligan; An Education) and her best friend Nina Fisher grew up together and knew each other before their fourth birthdays.  They even attended medical school together but never finished because, one evening when Cassie wasn't around, Nina got incredibly drunk at a party and was raped by a fellow classmate, Al Monroe (Christopher Lowell; Up in the Air). When Nina went to the authorities, no one believed her, even going so far as to blame her for what happened to her. Eventually, Al got away without any repercussions and Nina took her own life.

Seven years later Cassie works at a coffee shop and at night goes to bars, pretending to be drunk, letting guys take her home, and then gives them a stern lesson in "consent" when they invariably try to take advantage of her.  Then one day her former classmate, Ryan Cooper (Bo Burnham; The Big Sick) comes into the coffee shop and asks Cassie out on a date.  When the two become serious, Cassie gives up her crusade to get revenge on all the people who wronged Nina until a video of the events of that fateful evening is dumped in Cassie's lap.  With renewed purpose, Cassie rights the wrong done to Nina – even going so far as to show up to Al's bachelor party- but her revenge comes with dire consequences.

Writer Emerald Fennell (Killing Eve) makes her feature film directorial debut and, boy, what a jumpstart it is for her.  The dialogue is smart, the concept is interesting and somewhat unique and Fennell's use of various camera angles and close-ups gives the viewer a distinctive perspective.  The cast is very good with Mulligan turning in probably one of the best performances of her life. Supporting actors Burnham, Lowell, Molly Shannon (Never Been Kissed), Connie Britton (Nashville), Allison Brie (Glow), Jennifer Coolidge (American Pie), and Clancey Brown (Starship Troopers) offer solid characters that enhance Mulligan's execution of the not completely sane, Cassie.

The 1080p video resolution is good but not superior in this case. There is noise throughout the film detracting from the overall feel.  Conversely, the DTS-HD Master Audio 7.1 is superb making full use of the surround sound speakers.  While there aren't any action sequences the eclectic soundtrack pulses as it emanates from the speakers.  Besides the digital HD code, the Blu-ray combo pack disappoints on the extras.  There is the commentary with Fennell and three featurettes that have a combined total of approximately 10 minutes.

Promising Young Woman takes on a different approach to the date rape topic and gives insight into the fallout for anyone involved as opposed to focusing on the act itself and the ensuing investigation. Produced by Margot Robbie's LuckyChap Entertainment company, the movie is one of the best of the 2020 releases.  Mulligan is incredible so it is unsurprising that she is nominated for so many awards and it will be difficult for Fennell to top this work but it will definitely be interesting to see her try.