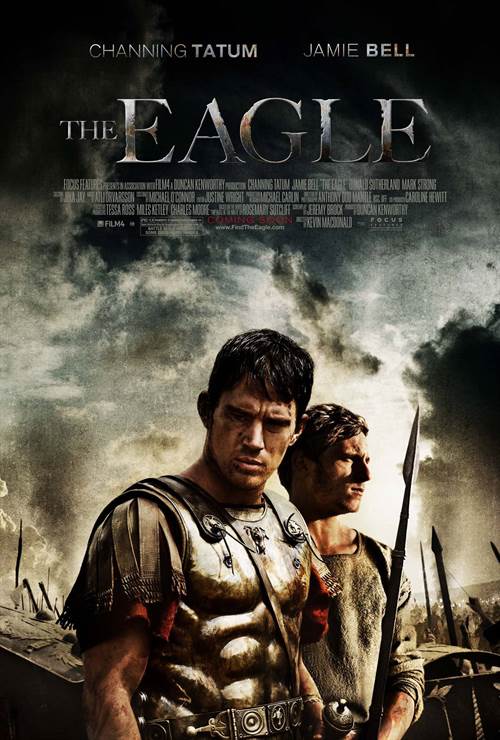 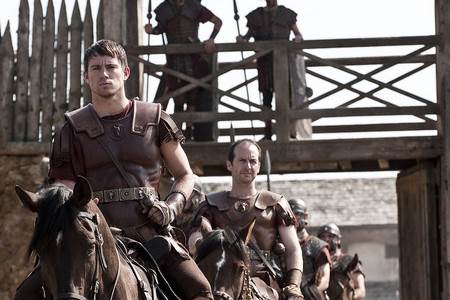 In 140 AD, two men – master and slave – venture beyond the edge of the known world on a dangerous and obsessive quest that will push them beyond the boundaries of loyalty and betrayal, friendship and hatred, deceit and heroism…The Roman epic adventure THE EAGLE stars Channing Tatum and Jamie Bell and is directed by Academy Award winner Kevin Macdonald.

Hearing a rumor that the Eagle has been seen in a tribal temple in the far north, Flavius' son Marcus (Tatum), determined to restore the tarnished reputation of his father, is galvanized into action. Accompanied only by his slave Esca (Bell), Marcus sets out into the vast and dangerous highlands of Scotland – to confront its savage tribes, make peace with his father’s memory, and retrieve the hallowed Eagle. Along the way Marcus realizes that the mystery of his father’s disappearance may well be linked to the secret of his own slave’s identity and loyalty – a secret all the more pressing when the two come face-to-face with the warriors of the fearsome Seal Prince (Tahar Rahim).

Produced by Duncan Kenworthy and also co-starring Donald Sutherland, THE EAGLE's screenplay is adapted by Jeremy Brock from Rosemary Sutcliff’s classic novel The Eagle of the Ninth.

The Eagle images are © Focus Features. All Rights Reserved.

Chris Rebholz
There are a lot of movies that try to depict what life may have been life in the early years of our civilization. The Eagle is another of those movies. It stars Channing Tatum as Marcus Aquila, a centurion from Rome. He is seeking to recover the honor of his family name by proving to all that his fa...
Full Review | Grade: C