DVD/Blu-ray/4K UHD
There are a lot of movies that try to depict what life may have been life in the early years of our civilization. The Eagle is another of those movies. It stars Channing Tatum as Marcus Aquila, a centurion from Rome. He is seeking to recover the honor of his family name by proving to all that his father wasn't the coward everyone claims he was.

The movie opens with the Ninth Legion, making their way through the outer domain of Caledonia past Hadrian's Wall, which for those who don't know, was a wall stretching across most of Britain separating it from the more savage tribes in the northern highlands. As they are traveling, they are ambushed and their standard, a gold eagle, is stolen. Marcus' father who commanded the legion is never found and since he was responsible for the eagle the blame for the loss of the eagle falls upon Marcus's shoulder. When Marcus arrives at a small outpost he is quickly recognized as the son of the man who lost the eagle and receives much criticism from his fellow centurions.

Donald Sutherland plays Marcus's Uncle Aquila. He has done his best to guide Marcus through life without the presence of his father. Naturally Marcus bears a lot of anger over the shame he is forced to carry. Things change when reports are received from the wall that the eagle has been spotted. Upon hearing this news Marcus decides that this is his chance to recover the eagle and restore his family name. He tells his uncle of his plan and of course is told that traveling past the protection of the wall is suicide. No one will go with him willing either because they think his plan is mad or they just don't care for him in the first place. So he turns to his slave and attendant, Esca, played by Jamie Bell.

Esca has no love for Marcus, Rome or anything having to do with the people he works for. But he can't say no to an order from his master so he prepares for the mission Marcus has undertaken. Given that it is only the two of them on this mission and that they will be traveling in lands unprotected by Rome, Marcus is aware that this would be a perfect opportunity for Esca to escape the bonds of his slavery. So he does his best to keep Esca under a watchful eye at all times. Of course as they make their way Esca can't help but use this chance to give his master a piece of his mind; telling him that Rome's way of society isn't as advanced as it claims to be. Marcus will hear none of this and does his best to cow down any talk from Esca. Things go from bad to worse when they are captured by a tribe of savages and it turns out they are the ones who have the eagle.

Channing Tatum delivers a fairly flat performance in this film. Given the subject matter and his lack of prowess in past films this isn't that surprising. Perhaps with time and the right guidance he might mature into a better actor but for now this a film that is a bit out of his league. Jamie Bell as Esca doesn't add much to the film even though there are more moments where you identify with him than Marcus. The only one who does bring some depth to his part is Donald Sutherland but what could be a better role is left as more of a supporting and minimal role. The sets and location on which they shot do stand out as interesting to look at. It is impressive to think that long ago there was a massive wall keeping Britain safe from invaders. It's a shame more time isn't spent on the surroundings they are traveling through.

It is hard to imagine what might make this film better than what it is. Perhaps if different actors were at the helm or a better director but quite frankly those things might not make a difference either. What really falls flat here is the story itself. It doesn't offer anything fresh to say about people or the times they were in. There have been a lot of films in the last few years that have done more with less and had a larger lasting impression. Like many films that come to theaters, The Eagle is simply another movie that talks big but fails to deliver.

Purchase your copy of The Eagle today at

Download The Eagle from the iTunes Store in Digial HD.

For more information about The Eagle visit the FlickDirect Movie Database. 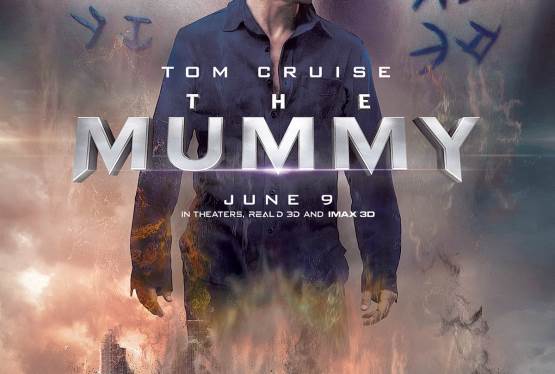