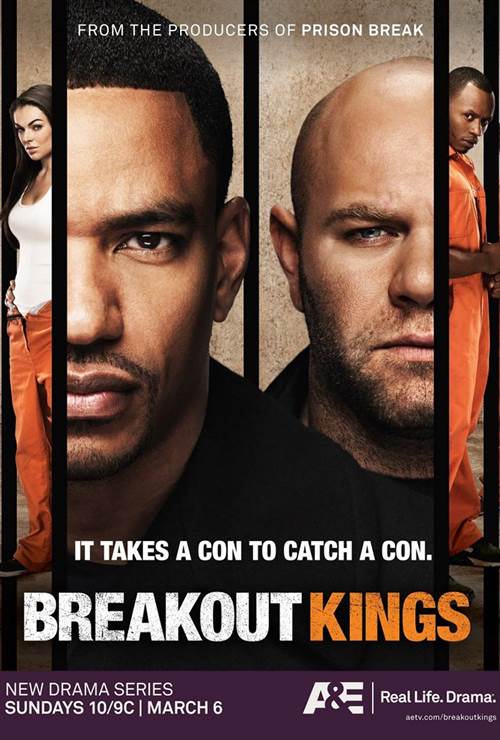 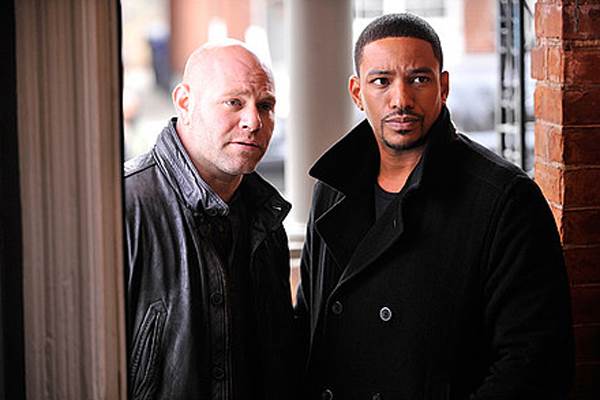 In order to catch escaped convicts, a squad of U.S. Marshals makes a special deal with several current prisoners who have broken out in the past. If they agree to help, their sentences will be reduced and they will be transferred to a minimum-security facility. However, if any of them should try to escape, they will all be returned to their original prisons and their sentences will be doubled.

Stream Breakout Kings in Digital HD/4K from the AppleTV store. 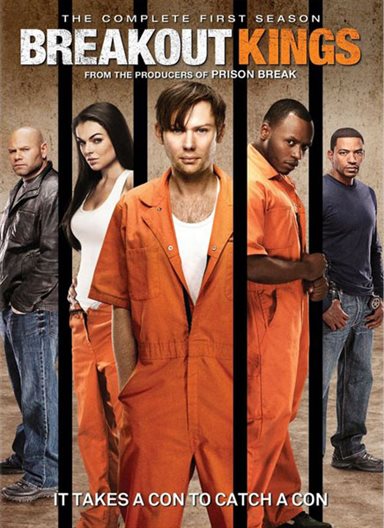 A new wave of crime solvers has been released on DVD called Breakout Kings.  The weekly series that aired on A&E has completed its first season and is now available at your nearest retailer.  Tough and gritty, the special unit of the division of US Marshals delivers some harrowing action while chasing down escaped convicts.

The special unit of the modern day US Marshals are very different than other crime solvers.  This unit uses current prisoners that are former fugitives each with a specialty used to locate escapees and bring them back to the clink. Their only reward, signing on to the task force they get their sentences reduced.  The weekly stories are well written with the three cons swapping the lead each episode.  Tracking down the fugitives gets riveting at times as the escaped cons have nothing to loose. Action-packed, violent, cunning and challenging the stories are all thrilling to watch.

Breakout Kings feature some very good acting by Laz Alonso and Domenick Lombardozzi as veteran U.S. Marshals Charlie DuChamp and Ray Zancanelli both tough lawman who have to be not only protective of the prisoner helpers, but weary of them walking away during a track down as well.

The action in the series is swift and very exciting. Having control of the disc I am able to rewind, pause and slow down the action when wanting a closer look or reconfirm what I just saw.  Taking a break from the action between episodes was all I needed to continue through three or four in an evening.

With the new season starting up you will want to grab this 4-disc set DVD and catch up on all the action.

In addition to all the action the DVD has some very good special features:

The Specifications and additional film information for the DVD format:

FINAL ANALYSIS: An interesting new take on solving crime. (B) 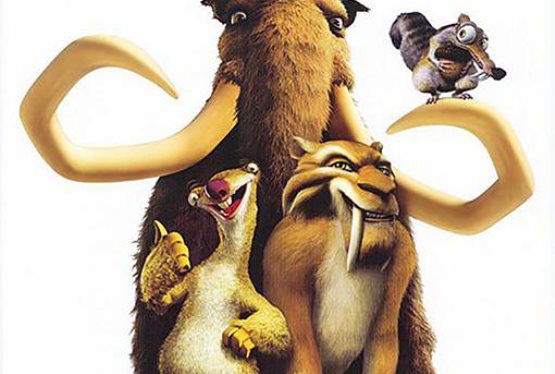