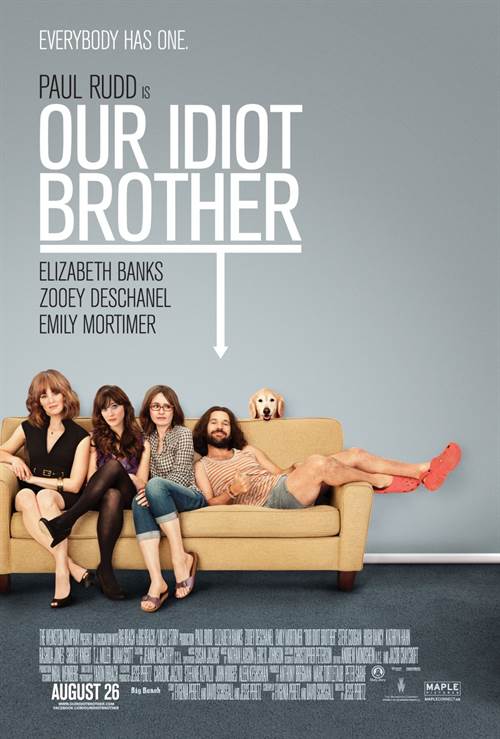 Ned Rochlin looks for the good in every situation and in everyone, which often puts him at odds with the world around him -- especially his family. Upon being released from jail for a stupid mistake, Ned is kicked off of the organic farm he lives and works on by his ex-girlfriend Janet who also insists on keeping his beloved dog, Willie Nelson. Having nowhere else to go, he turns to his family, three ambitious sisters and an overbearing mother. Ned crashes at each of their homes, in succession, and brings honesty, happiness and a sunny disposition into their lives. In other words, he wreaks havoc

Our Idiot Brother images are © Weinstein Company, The. All Rights Reserved.

John Delia
If you are looking for a comedy that has a lot of laughs and surprising situations, Our Idiot Brother fails to deliver.  Opening late in the summer wasn't a good idea since the film comes on the heels of a fairly good year for human humor.  A lot of ‘seen that' and ‘not...
Full Review | Grade: D