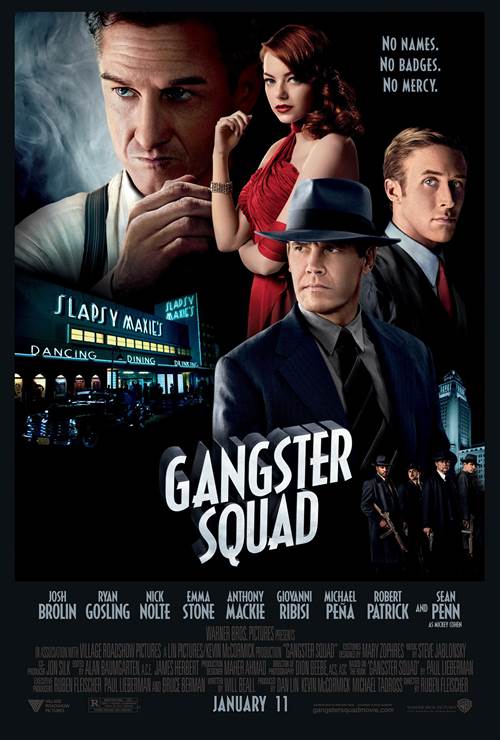 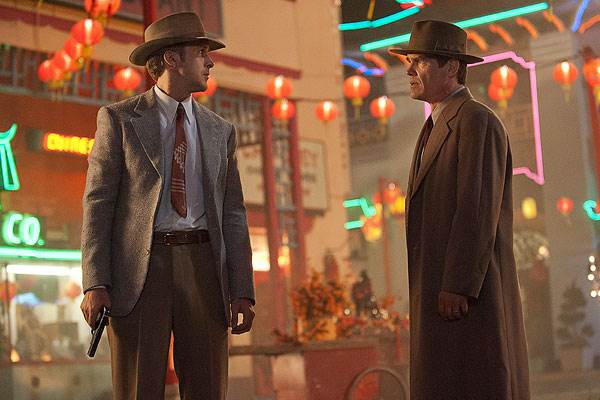 Los Angeles, 1949. Ruthless, Brooklyn-born mob king Mickey Cohen (Sean Penn) runs the show in this town, reaping the ill-gotten gains from the drugs, the guns, the prostitutes and—if he has his way—every wire bet placed west of Chicago. And he does it all with the protection of not only his own paid goons, but also the police and the politicians who are under his control. It's enough to intimidate even the bravest, street-hardened cop...except, perhaps, for the small, secret crew of LAPD outsiders led by Sgt. John O'Mara (Josh Brolin) and Jerry Wooters (Ryan Gosling), who come together to try to tear Cohen's world apart. "Gangster Squad" is a colorful retelling of events surrounding the LAPD's efforts to take back their nascent city from one of the most dangerous mafia bosses of all time.


Gangster Squad Release Delayed Four Months  7/26/2012 9:51 AM EST
In the wake of the tragedy in Colorado, Warner Bros. has decided to delay the release of their upcoming film, "Gangster Squad".  The extra time will be used to reshoot a scene in the film that ends with a gunfight at Grauman's Chinese Theater.  Since... | Full Article

Chris Rebholz
Gangster Squad so desperately wants to rub shoulders with The Untouchables, L.A. Confidential and the classics of Gangland cinema, but it isn't in the same league.
Full Review | Grade: C