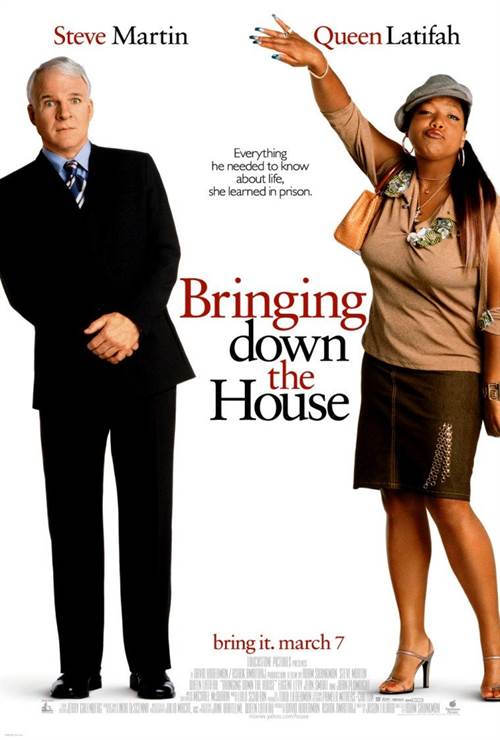 Bringing Down The House Synopsis

Attorney Peter Sanderson (Martin) loves his ex-wife (Smart), but doesn't know what he did to make her leave. Trying to move on with his life, he sets up a blind date online with a woman he believes to be a brainy, bombshell barrister. But when she shows up, it's Charlene (Queen Latifah) - a prison escapee who's proclaiming her innocence and wants Peter to help clear her name. The misunderstanding jeopardizes his efforts with his ex-wife and a billion dollar client, but Charlene wants to help.

Purchase DVD/Blu-ray/4K UHD physical copy of Bringing Down The House today at Amazon.com

Stream Bringing Down The House in Digital HD/4K from the AppleTV store.

Bringing Down The House images are © Touchstone Pictures. All Rights Reserved.

Bringing Down The House Blu-ray Review 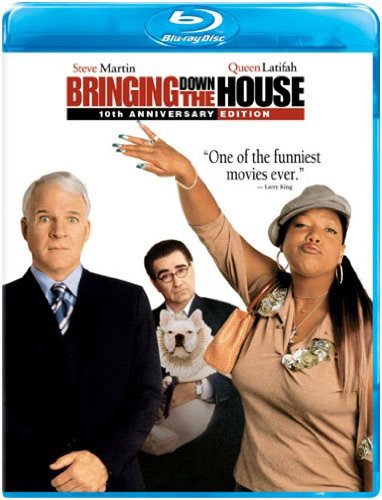 Steve Martin is a funny guy and 2003's "Bringing Down the House" did very well at box office, but the film is not among the entertainer's most-inspired work.

Martin plays an uptight, moneygrubbing tax attorney whose life gets disrupted when an outgoing, fun-loving black woman (Queen Latifah), recently out of prison, coerces him into helping her prove her innocence. At first he resists, but eventually she wears him down, and, of course, in time the two inevitably become friends. That's it. But what's it about? What's its purpose?

You could say first and foremost it's a satire. But of what? Racism? Racial stereotypes? Corporate greed? Those issues have been satirized to death. Almost every white person in the film, including Martin's character in the beginning, is portrayed as an upwardly mobile racist bigot. Practically every black person is portrayed as a jive-talking, pot-smoking layabout. With these kinds of tired, offensive, exaggerated caricatures, where are the satirical barbs?

Maybe if the satire is old hat, you could say the film is attempting to be a good, old, straightforward comedy. But it's not very funny. Some critics would say it's not even funny, period. Do two smiles in 105 minutes constitute a comedy? Besides, most of the jokes derive from the film's racist jokes, and since they're either lame or awkward, they don't come off as very amusing. While at the dinner table a rich white woman sings a spiritual song she learned as a child; Martin talks and dresses like a hip, inner-city rapper at night spot; the country-club set rejects Queen Latifah's presence when she shows up there. These moments are more trite and embarrassing than humorous.

Perhaps the movie is meant as a serious moral lesson, since the ending tries to show how people of all colors, sex, shape, and size can get along famously together if they only try. But as the movie goes on and things become increasingly preposterous, it's hard to accept the sentimentalized conclusion as anything more than stereotypical Hollywood corn. Moreover, we already know the moral from a million other movies and from real life, and we don't need to be hit over the head with it again.

There's always the possibility the film is trying to be an old-fashioned character study. Martin, for instance, as Peter Sanderson, the lawyer, spends most of the film as a tense, stiff, conventional, middle-aged, divorced white guy and clueless father, living only for money, never for pleasure. Never mind the miraculous change at the end of the story; we have to put up with him the rest of the time. Queen Latifah as Charlene Morton is for most of the film a pushy loudmouth with all the social grace of a Tyrannosaurus. Her antics are meant to be funny, but she's too uncouth to care about. She literally blackmails her way into Peter's life. What's to like about either of these people?

Eugene Levy plays a typically Eugene Levy kind of role as Peter's ultraconservative best friend and fellow lawyer. But the twist is that he's really a hipster who madly falls in love with Charlene. His is the only character in the film that shows any sign of life by being, ironically, the most underplayed. The rest of the cast, though attempting to be colorful, are ciphers, zeros. Jean Smart plays Kate, Peter's lackluster ex-wife who's carrying on with a tennis pro half her age. Missi Pyle plays Ashley, Peter's venomous former sister-in-law, who's constantly on the lookout for a rich husband-to-be. Joan Plowright plays a rich, racist old lady whose business Peter wants; Betty White plays one of Peter's racist neighbors. All the other characters, Peter's bosses, his kids, his associates, are too bland to remember.

Most of "Bringing Down the House" goes by without incident. There's very little fun in it, very little drama, and even less characterization. Peter spends most of his time trying to hide Charlene from his friends and family or making up excuses for her presence. A fistfight between Ashley and Charlene is more bizarre than humorous. It's all formulaic stuff, filled with absurd coincidences, moving at the turgid pace of a TV sitcom, and following a schedule any one of us could have written in advance.

In due time Charlene turns Peter into a more fun, caring, sensitive guy (implying more black), and Peter turns Charlene into a more conventional, conformist woman (implying more white), and it all seems more insulting than inspirational or uplifting.  Steve Martin used to be a wild and crazy guy. Now he's as bland as his hair.

Like most films with the Blu-ray treatment, the video quality is top notch, actually making the movie a bit more enjoyable to watch as you revel in the clairty of sight and sound. Although the movie comes with a full complement of standard extras, like the movie there's nothing special about any of them. First, there's the obligatory audio commentary, this one labeled "Da Commentary," with director Adam Shankman and writer Jason Filardi. After that is a sixteen-minute, behind-the-scenes promotional featurette, "Breaking Down 'Bringing Down the House,'" in which the filmmakers praise the movie they've just made. No surprises there. Then, we get to experience Queen Latifah's music video, "Better Than the Rest," and a three-minute satirical featurette on the hip Eugene Levy as "The Godfather of Hop." Finally, there are seven deleted scenes and a four-minute gag reel that's funnier than anything in the movie.

In any case, not a moment of the story rings true and not a character in it seems in the least bit plausible. The leads are attractive enough and with the right material--something more original, something less hackneyed--Martin and Latifah might yet produce a funny or meaningful movie. 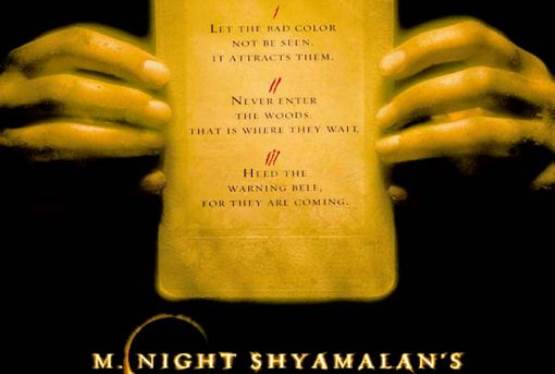