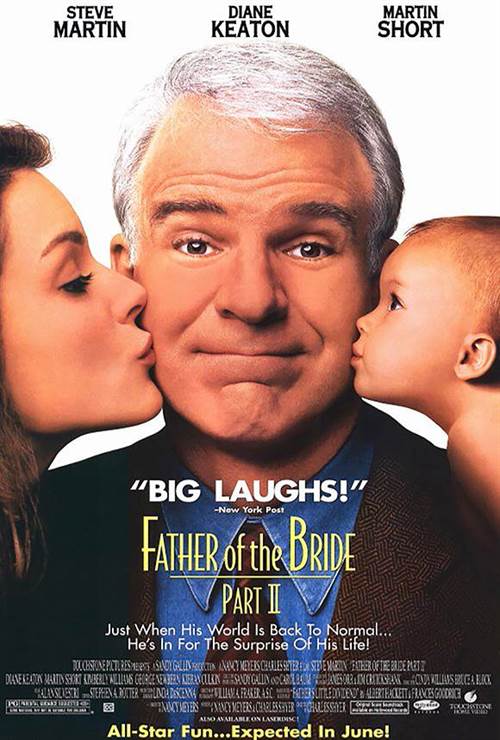 Expect crowd-pleasing entertainment when Steve Martin (PARENTHOOD), Diane Keaton (LOOK WHO'S TALKING NOW), and Martin Short (CAPTAIN RON) return in this hilarious sequel to the comedy smash FATHER OF THE BRIDE. Having just married off his cherished daughter (Kimberly Williams -- FATHER OF THE BRIDE), George Banks (Martin) is ready to get footloose and fancy free! So when his daughter and his wife Nina (Keaton) both announce they are pregnant, George finds himself in one outrageous situation after another, desperately trying to recapture the wild and crazy days of his youth! You'll love every star-filled minute of FATHER OF THE BRIDE, PART II -- the riotous comedy hit that delivers double the fun and twice the laughs!

Stream Father of The Bride Part II in Digital HD/4K from the AppleTV store.

Father of The Bride Part II images are © Touchstone Pictures. All Rights Reserved.