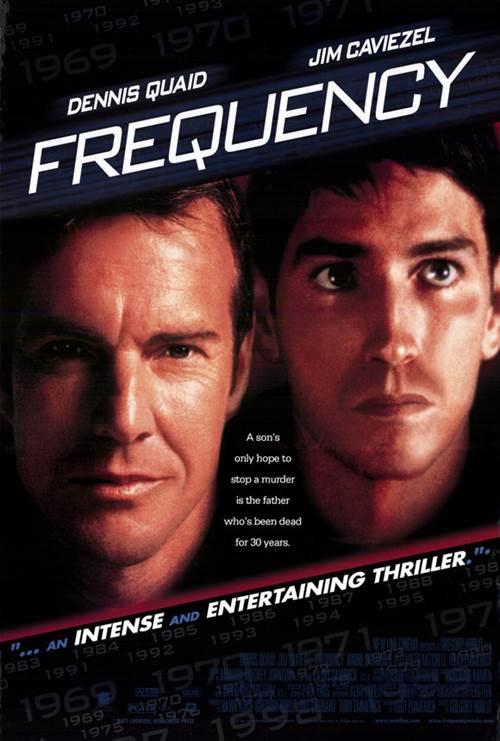 John Sullivan (Jim Caviezel) has always dreamed of stopping the tragic death of his father, a heroic firefighter. When he discovers his father's old ham radio, he finds himself talking to a man who appears to be his own living father, in the very same house, but exactly three decades ago. John alerts his father (Dennis Quaid) to the mistake that cost him his life the first time around and saves his youthful father from his fate.

But in changing the past, he has changed the present, resulting in a string of homicides, including the grisley murder of his mother. Now, John and his father must race against the clock - divided by three decades and connected only by a radio - to prevent a murder that will seal their destinies. And each time Frank changes something in his universe, John wakes up to a whole new reality.

Stream Frequency in Digital HD/4K from the AppleTV store. 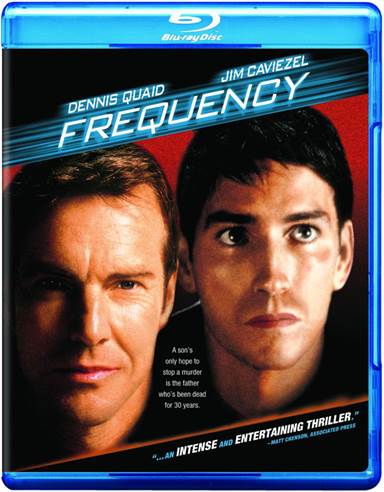 Now out on Blu-ray for the first time Frequency, an exciting and intriguing film with a lot of twists, gives home video consumers a chance to see the film upgraded for digital televisions. Loaded with special features that include commentaries by the filmmakers, the added treat makes the experience even better.

Being a Sci-fi enthusiast, movies like Frequency are scrutinized a bit closer for the chill factor that makes an audience act with surprise when they recognize the eerie or are amazed.  It's been twelve years since the release of this film and filmmaking has changed quite a lot during that time period with the use of CGI and other special effects, so the story becomes the main characteristic that gets most of the analysis here.

The film involves police officer John Sullivan (Jim Caviezel) who finds a strange communication to the past due to an atmospheric anomaly that connects him to his deceased father Frank (Denis Quaid) who died some 30 years ago while fighting a fire. When John tells his dad how he will be killed the information saves his life.  But, when this changes in the order of things, the future starts to become altered creating a series of events that involves an impending murder.

The idea here makes the film incredibly fascinating and compelling. With the clock running, Frank can save his own life and that of the victim of a killer.  It's a race for time that puts Frank in a delicate position of explaining how he knows it's going to happen. Director Gregory Hoblit (Primal Fear, Heart's War) does an excellent job of making the film surprising with a sense of urgency. Using his fine talent he inserts many twists and turns in both time dimensions so you never know when they are coming.  His ability to control the two time periods with things in the future affecting the past and vise versa, make the film fun to watch.

The Blu-ray disc has some very good bonus features including:

FINAL ANALYSIS: A nicely played out thriller for a comfortable couch and a bottle of wine. (B)